Founded in the 1970s as a distributor of American sportswear brands in Italy, the Bologna based company expanded in the 1990s, producing Baseball and NBA replicas for the European market. They moved into the professional football market when they signed up with Bologna in 2001, and within a few years were manufacturing teamwear for several clubs across Europe, branching into rugby with the Scottish Rugby Union team in 2013. Now an official kit provider for sports teams around the world, their deal with United began in the summer of 2019.

The new agreement with Macron allowed the club to take the retail sector back in-house as it seeked to increase the merchandise options available for fans, with a brand new exclusive retail website created to work alongside the official site.

The new "Primary" kit was released in July, just a few days after the signing of striker Lawrence Shankland. As United celebrated 50 years of wearing tangerine, The shirt design was a massive nod towards the iconic Adidas kit from the mid-1980s, that was worn as famously United reached the UEFA Cup final in 1987. The embossed tonal diagonal pattern across the main body was accompanied with plain tangerine sleeves, with a black, white and tagerine trim on the V-Neck collar and the sleeve cuffs. In a new feature, the rampant lion from the club crest appeared as a small emblem just below the neck line on the back of the shirt. Utilita, now in their second year as main shirt sponsor, appeared on the front of the shirt, with ongoing club partners JF Kegs and Norman Jamieson appearing on the upper and lower portions of the back as they had done the previous year.

The kit was first worn in the League Cup Group stage match against Hearts at Tynecastle a couple of days later, and quickly became a massive hit with the fans. 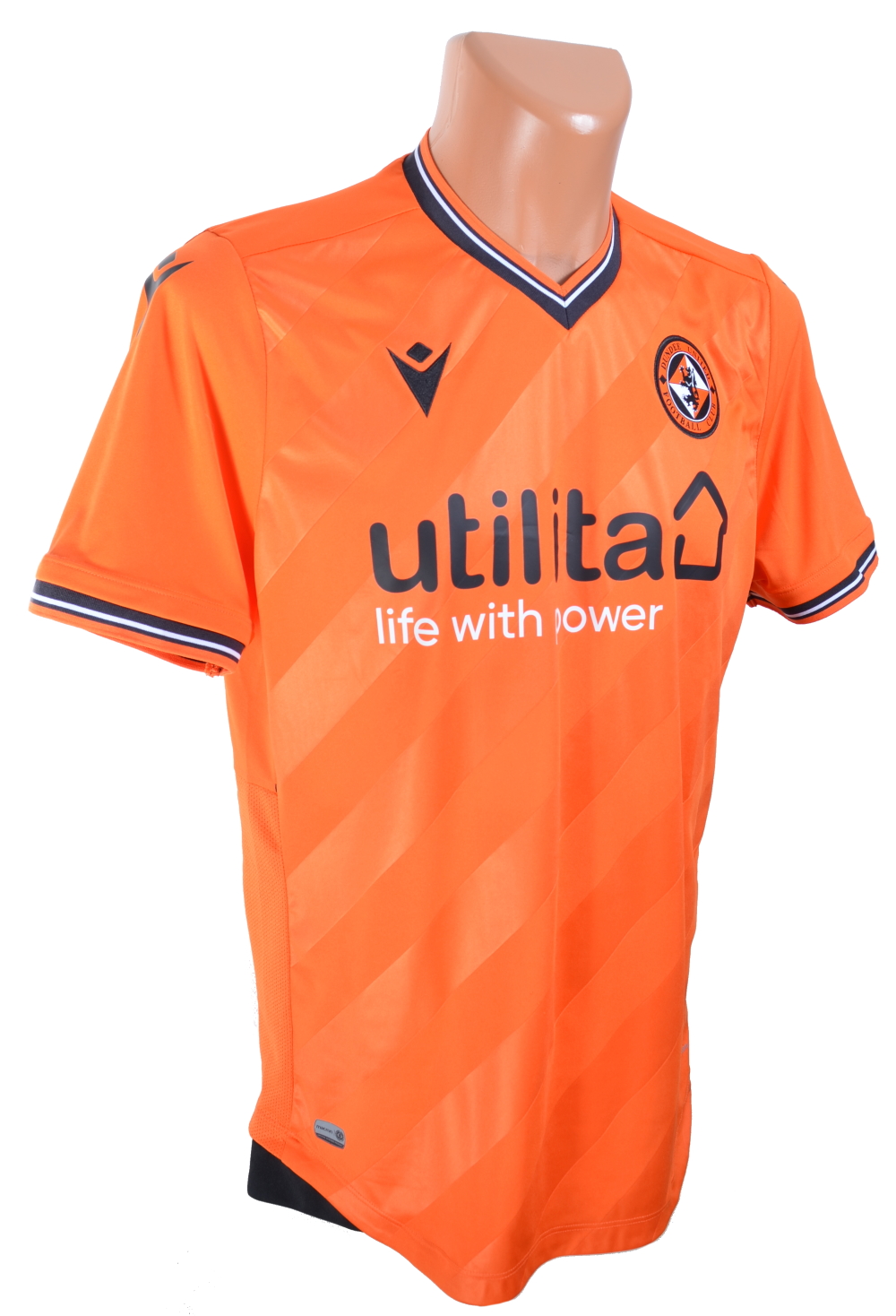