Towards the end of the 2015/16 season, it was announced that the club had struck a new three year deal with their existing kit supplier Nike which would see their UK professional football club service provider, Just Sport Pro Club, continue to supply the Club as well as refitting the Club Shop over the summer. Prior to the final game of that season, with United already relegated from the Premiership, the new kits were unveiled at the GA Arena with a new Home, Away, Goalkeeper and a Third kit on show.

United's 12th ever Third strip was the first in the Club's history to have pink included - and "Shocking Pink" was the predominant colour throughout. The design was the same template as the all-white away kit; Dri-FIT fabric technology, with a black trim up either side of the body, a "fade to black" effect at the cuffs, a black dotted pattern at the shoulders and the usual Nike swoosh and embroidered club badge on the front. The pink shorts also had the fade to black effect at the legs, with a pink Nike swoosh in the black, and a black trim down the sides. The socks were all black, with the Nike swoosh near the ankle.

After six years with Calor gas, there was a new main shirt sponsor with the Club agreeing a two year deal with UK-wide estate agent McEwan Fraser Legal, with their logo in black text across the front of the shirt. For the fifth consecutive year GA Engineering had their logo displayed on the upper back of the shirt, with JF Kegs also having their name on the lower part of the shirt as well as on the shorts. Norman Jamieson Ltd also continued their sock deal for the third year in a row.

The pink kit was first seen in a Challenge Cup match against Peterhead at Tannadice in September 2016, and again a month later at home to Dumbarton. It was given a further airing in March 2017, against Raith Rovers at Starks Park - this time with the white socks of the Away kit due to a clash with Raith's dark blue socks. Although only worn three times, the pink kit had made just as many appearances as the white Away kit that season. 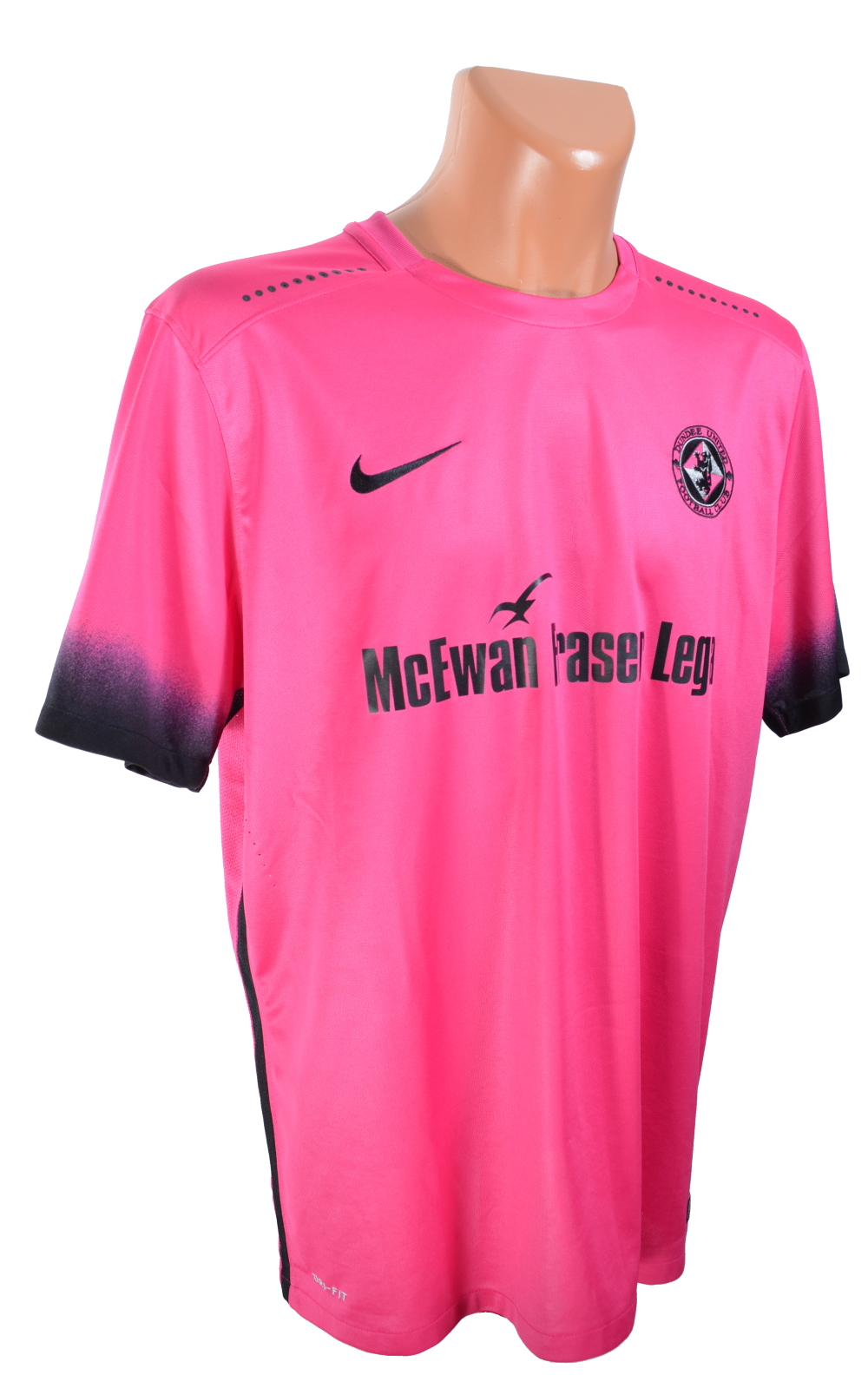