When Olympic Sportswear went bust in January 2000, half way through their second season as kit supplier, it took United until May to find a replacement. A deal was struck with Wishaw based TFG Sportswear, who were taking a serious interest in supplying Football Clubs for the first time, and would go on to agree deals with Dunfermline, Kilmarnock, Crystal Palace and Bournemouth before the 2000/01 season began.

The original three year contract was worth approximately £500,000 to the Club, and the new Home kit was to kick start the Centenary Collection - a range of kits that would be redesigned and themed on specific aspects of the Club's heritage, building towards the Club's 100th anniversary in 2009.

The Home shirt for the 2000/01 season was based on the United top from 1969 - the Club's original tangerine shirt - with a thick round black collar, with similar cuffs at the sleeves. The polyester made material was thicker than the shirts had been for a while, but also had a mesh like effect throughout to help with air circulation. The Telewest logo from the past two seasons remained, with the larger black text and white outline accompanying the familiar green sphere. The change in manufacturer saw a return to the embroidered Club badge on the left breast, and the TFG logo in white on the right.

The new home kit was unveiled before the end of the 1999/00 season, making its first appearance in a 1-2 defeat to Motherwell at Tannadice in the last home game of the season. It's first competitive appearance during the 2000/01 season was the 0-3 defeat to Hibs in the second game of the league campaign - Paul Sturrock's last match as United manager.

This first TFG kit was worn during a very turbulent time at the Club, with the early departure of Sturrock being closely followed by another Club legend in Jim McLean being forced to step down as Chairman after an altercation with a BBC reporter. The team also had a horrific time on the pitch, taking four months to win their first League match. They eventually turned their form around in the second half of the season, after the arrival of Charlie Miller and Derek Lilley, to survive a relegation battle with St Mirren, with the memorable 3-2 victory over St Johnstone in the second last game confirming the Club’s SPL status. 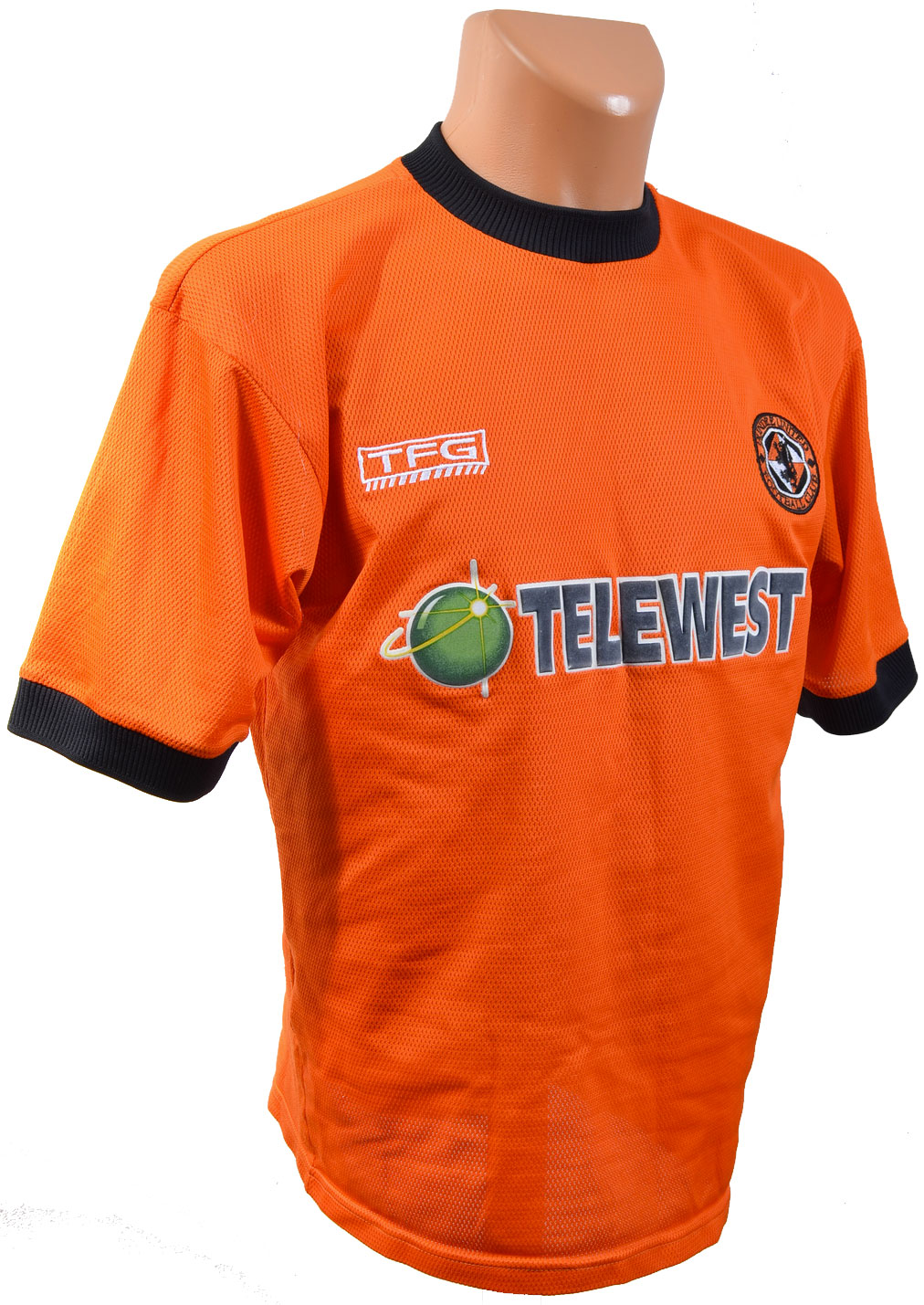