In what was the second season with TFG Sports as kit manufacturers, the 2001/02 Away kit returned to the concept of having a white version of the Home kit after having the green shirt the previous season. The polyester shirt was of thicker material with a horizontal ribbed effect throughout, and had a silvery look to it. Like the Home shirt, it had a simple black trim at the V neck and cuffs, as well as round the hem of the shirt.

After extending their current agreement until 2003, Telewest's shirt sponsorship deal with United was now guaranteed to enter its seventh season, one of the longest in Scottish Football at the time. The new deal was worth a guaranteed annual six figure sum to the Club, with added bonuses depending on results. The deal also saw a change to the Telewest logo for the first time since 1999, with the green sphere and black and white text now replaced with a simpler "Telewest" in big black letters, with the word "Broadband" in smaller text below.

Accompanied with white shorts and white socks, and whilst it was not officially part of the Club's Centenary Collection, it was reminiscent of the United kit worn in the 1960s, and the Away kit from the early 1980s.

First worn in the second match of the 2001/02 SPL season, in a 0-0 draw with Motherwell at Fir Park. After four seasons of being involved in relegation battles, this campaign was an improvement, with United finishing in 8th place in the SPL. If not for the split, the team would have finished higher, ending the season with more points than 6th placed Dunfermline.

Although the Home kit remained the same for the 2002/03 season (except for the change in sponsors logo) the white Away kit was replaced with a new green one, as well as the release of the next Centenary Collection - the black third kit. 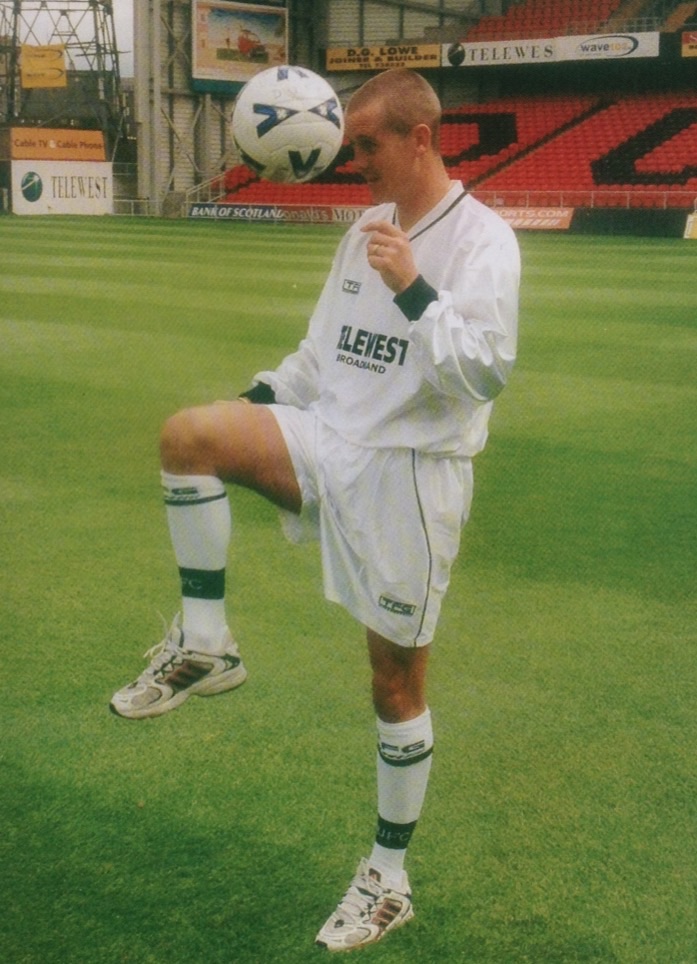 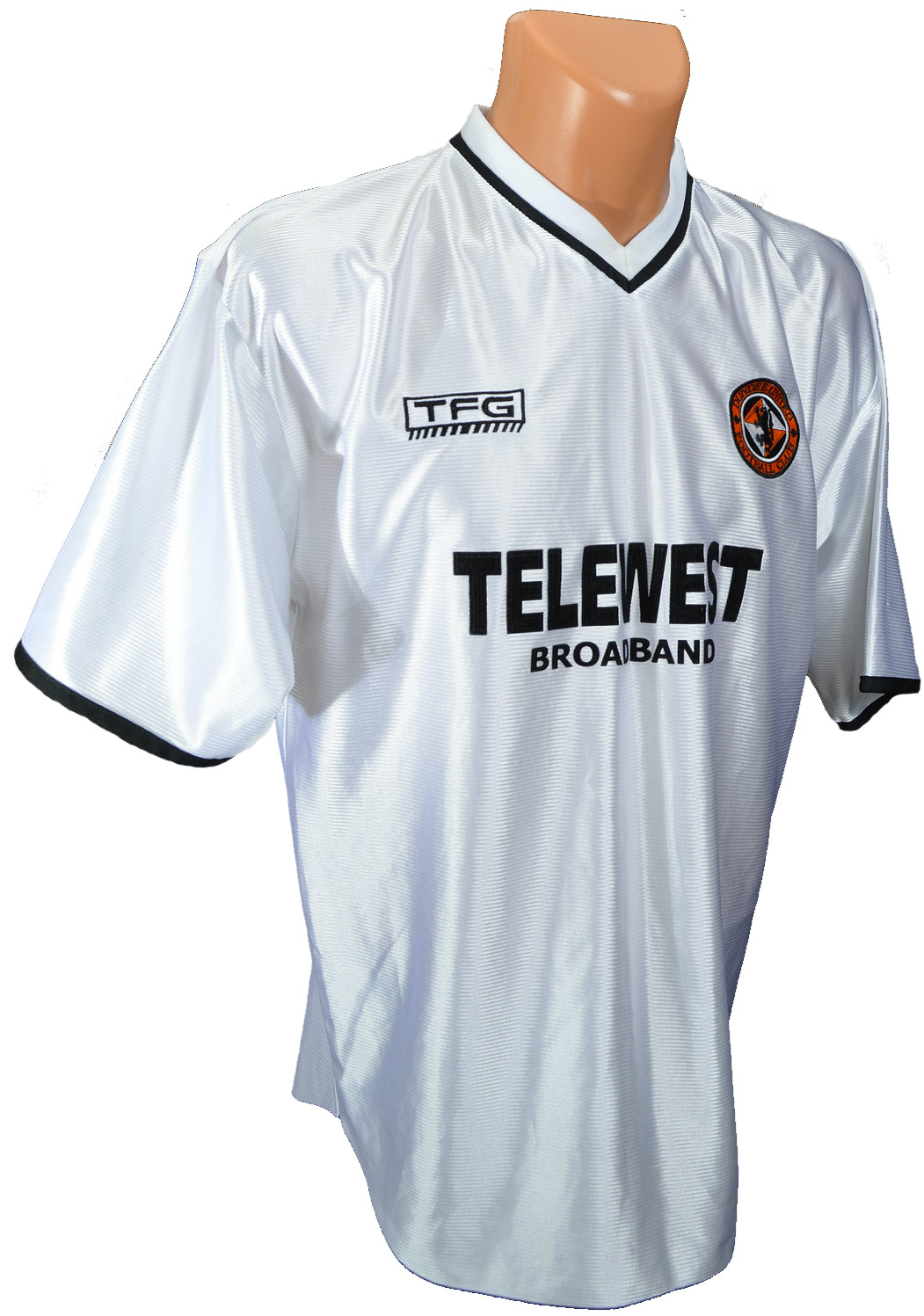