When a struggling United side unexpectedly defeated high flying Hibernian in the Semi Finals of the Scottish Cup at Hampden to reach the 2005 Final - the first for the Club since 1994 - they automatically qualified for the UEFA Cup, as their soon to be opponents Celtic had already qualified for the Champions League. To mark the team's return to a national Cup Final, and their first venture into Europe in 8 years, the Club decided to commission a special Cup strip, to be worn by the team exclusively in that year’s Scottish Cup final and in the following season’s UEFA Cup campaign.

First announced at the end of April, and released to the public two weeks later, the tangerine shirt had a vertical ribbed effect in the fabric, with a thin black V neck collar, and a black mesh under arm stripe at both sides. Slightly reminiscent of the 1996/97 Home kit, the shirt had entirely black sleeves, with now ran up to meet the collar.

The specially designed badge had an extra black ring around the outside, with "UEFA Cup 2005/06 / Scottish Cup Final 2005" written inside. The unique badge was designed by Avian Communications, the company that had helped to redesign the Club's website.

As expected, the shirt made its first appearance in the 2005 Scottish Cup Final, where United lost out narrowly to Celtic, losing 1-0 at Hampden Park, and in the following seasons UEFA Cup, United were drawn against MyPa 47 from Finland. With MyPa playing in red & white, United worn their black and white Away kit for the first leg in Finland which ended 0-0. The Cup kit did make a return for the Home leg though, but the night ended in disappointment as United let a two goal lead slip to lose on away goals to the Scandinavian minnows. The kit still remains a fans favourite, even though it was only worn twice by the team, and has very disappointing memories. 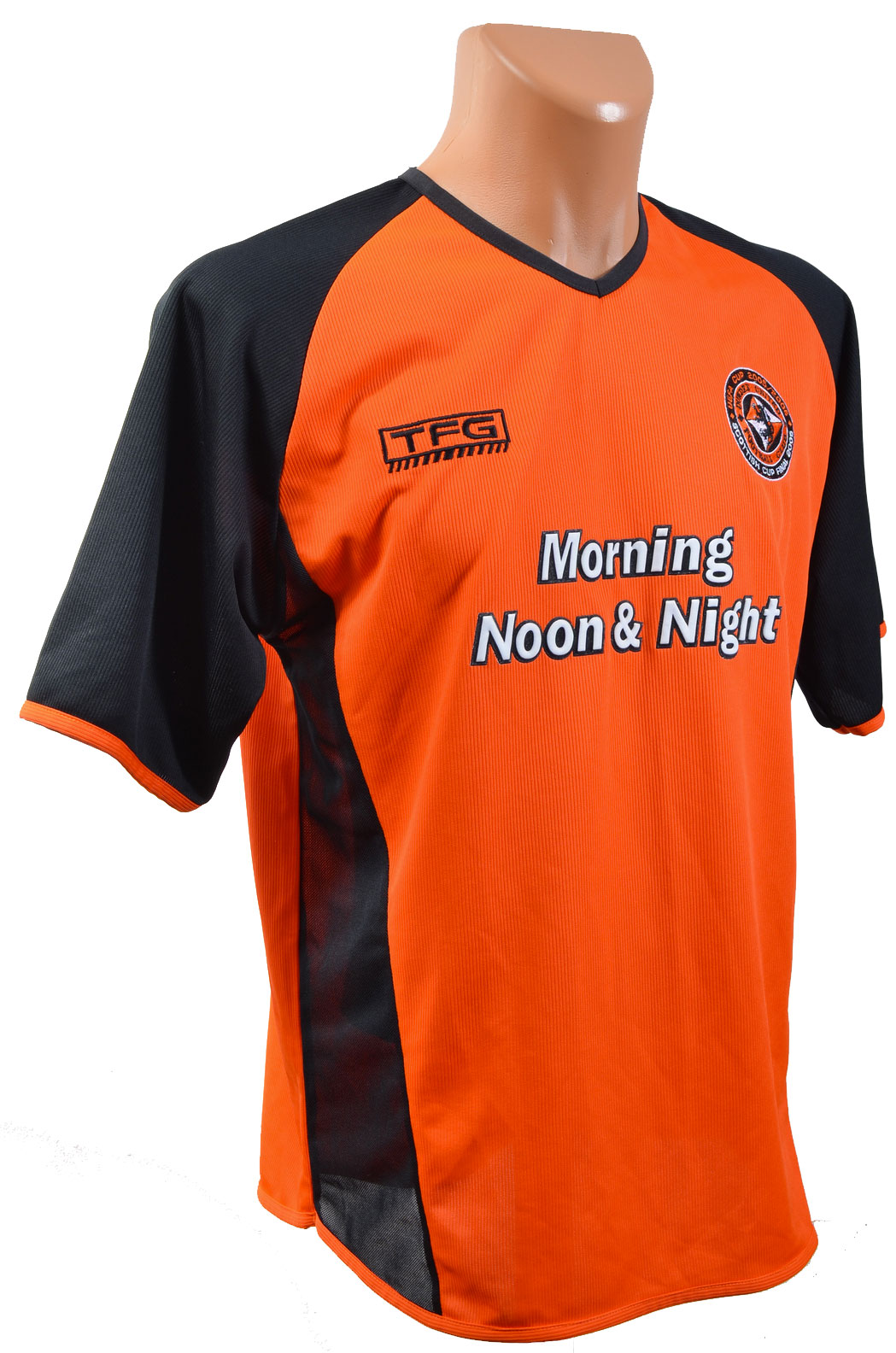