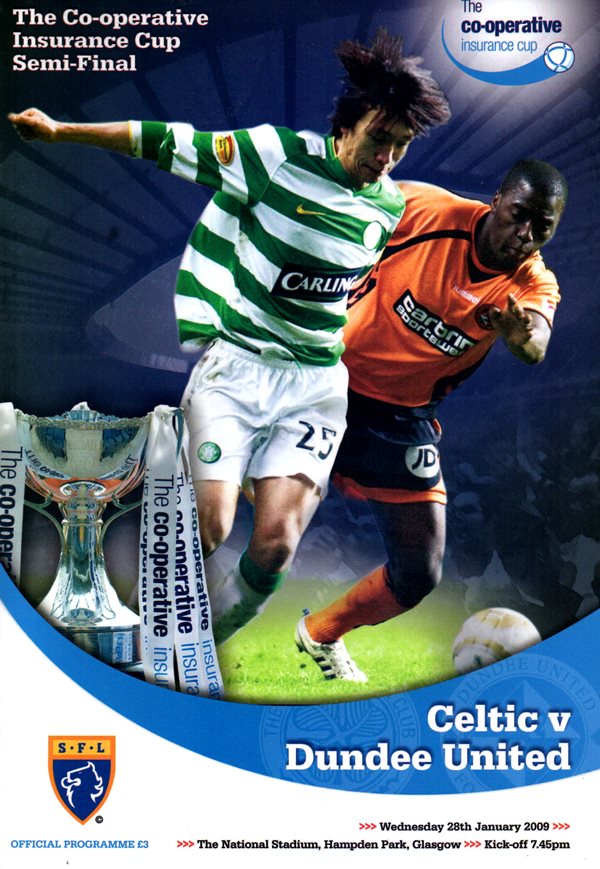 It was another Hampden heartbreak for Dundee United as Craig Levein’s brave side were denied a place in the league cup final after losing a dramatic penalty shoot-out to Celtic.

Despite dominating for long spells during the 90 minutes and in extra-time, United could not find a way through and the game ended in a 0-0 stalemate.

And, with memories of last year’s league cup final defeat to Rangers on penalties still fresh in the minds, United missed out on the opportunity to avenge that result, losing 11-10 in a breathtaking sudden-death shoot-out.

On a cold winter’s night at Hampden, it didn’t take long for the players to warm up the 19,000 spectators who braved the conditions, with both sides carving out opportunities on a suitably carved pitch early on.

In the first minute, Celtic could have taken the lead when a goalmouth scramble was eventually cleared by Garry Kenneth.

A minute later, United had a chance to take the lead when Willo Flood cut inside two defenders and into the Celtic penalty area, only to see his effort saved by Artur Boruc.

United, marshalled by Morgaro Gomis and Prince Buaben in midfield, were enjoying more than their fair share of possession and almost went in front when Kenneth crossed for Warren Feeney, whose glancing header flew just past the far post.

The Terrors were looking the more likely to score and could have taken a deserved lead when Feeney broke down the right and played the ball into the path of Francisco Sandaza, but the Spaniard’s effort fell straight into the arms of the Celtic ‘keeper.

United came close once more as the first half drew to a close. A Craig Conway free-kick was swung into the mixer and met by Sandaza, but his header flew just past Boruc’s right-hand post with the ‘keeper beaten all ends up.

An eventful first half was brought to a close with United on top, and at 0-0, still in with more than a shout of causing an upset.

The second half began much the same as the first, with Celtic forcing United goalkeeper Lukasz Zaluska into action early on.

A Nakamura free-kick was looping in at the far post, but the Polish ‘keeper managed to get a fingertip to the ball and push it over the bar.

But United’s midfield again took a stranglehold of the game and led by Sandaza and Feeney in attack, they continued to press for the opening goal.

In the 72nd minute, they came within inches of breaking the deadlock.

Conway broke clear down the left wing and cut inside, laying the ball off to Buaben, who struck a low drive just wide of the post.

The introduction of Georgios Samaras and Barry Robson seemed to spark Celtic into life and they gradually fought their way back into the game, but still never looked like causing any problems for a solid United rearguard.

In the closing stages, United piled on the pressure in the hope of getting the all-important goal their efforts deserved, but Gordon Strachan’s side held on to take the match into extra-time.

Flood collected the ball some 35 yards from goal and went on a typical jinking run, skipping passed two defenders to find himself one-on-one with the ‘keeper, only to pull his shot just wide of the far post.

Then, with just a minute to go, Celtic almost snatched it.

Robson crossed for Samaras, but the striker’s header came back off the underside of the bar and United cleared to take the match to penalties.

After eight successful penalties each, United captain Wilkie stepped up, only to see his attempt saved by Boruc.

Both Zaluska and Boruc scored, but after scoring the first kick of the shoot-out, Flood missed his second attempt, leaving Scott McDonald to fire Celtic into the final to face their Old Firm rivals. 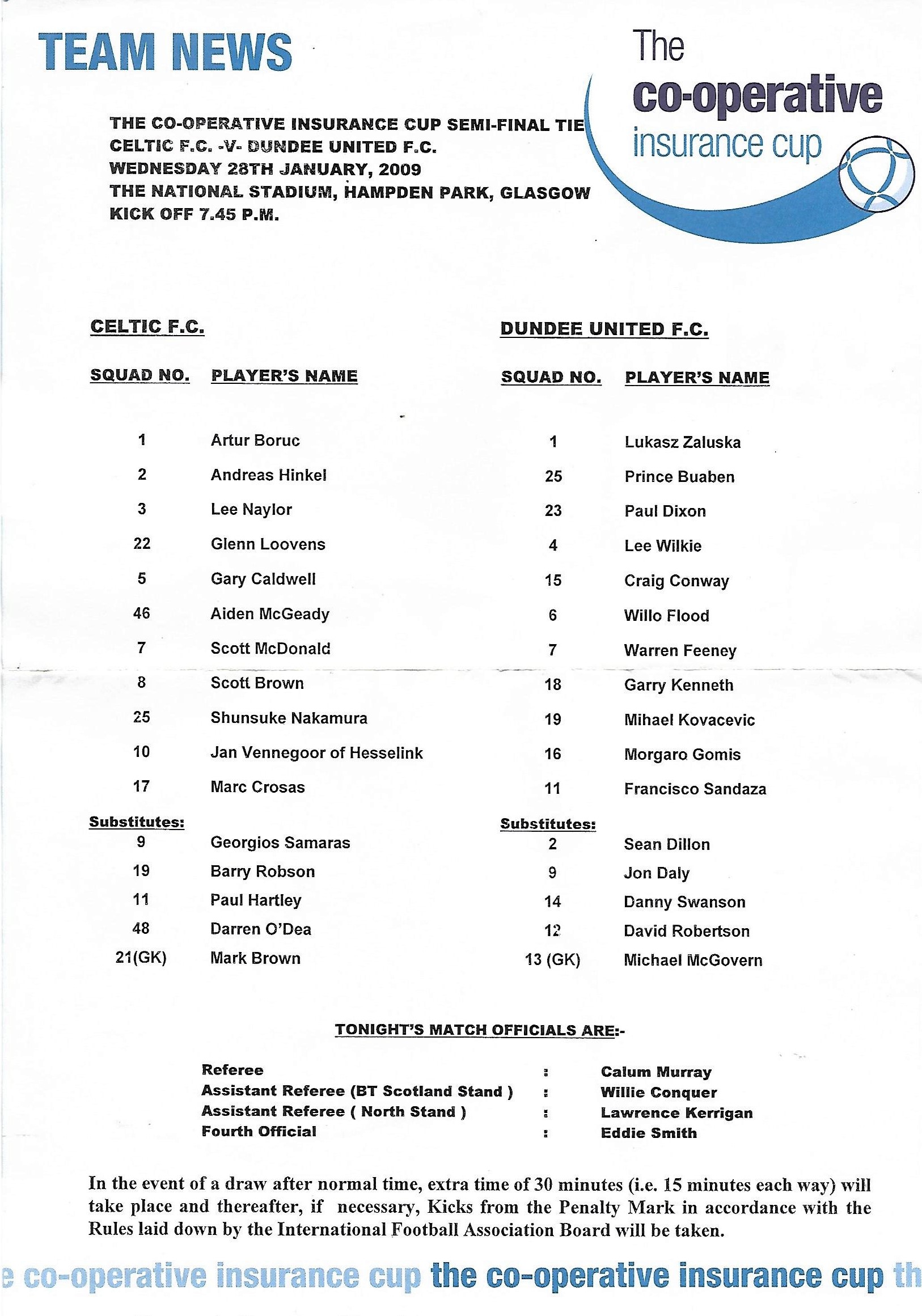