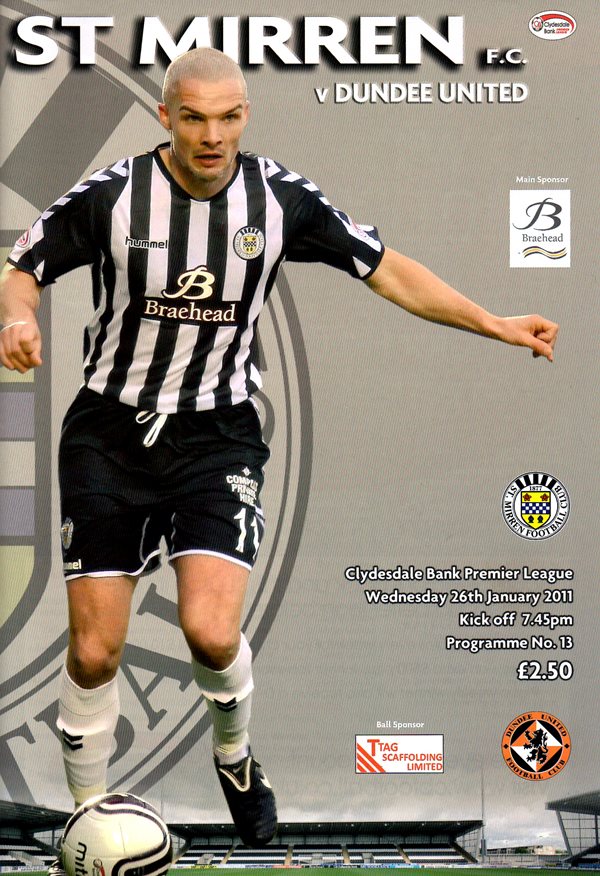 United performed their now seemingly habitual late, late show to salvage a draw against a fighting Saints side. Having fallen behind to a Darren McGregor header seven minutes before the interval, substitute David Robertson popped up with a deserved late leveller two minutes from time.

Early threat came from United and Craig Conway in particular after two minutes, his cross from the right fell to David Goodwillie, but his progress was halted with a Saints defender clearing off Goodie and the ball rebounding into the arms of former United keeper Paul Gallacher. Then on five minutes, Conway went clear and this time his delivery found Johnny Russell at the far post but he couldn't direct his effort on target and the ball went straight back across the face of the goal with no takers. Midway through the half, the Tangerines went so close to taking the lead. Barry Douglas drilled the ball in from the left to Johnny Russell whose shot on the turn was only kept out by Gallacher's legs. Saints immediately replied with McGowan collecting the ball on the edge of the box before firing in a shot on the turn, but it didn't trouble Pernis too much. Though looking the more accomplished side, United weren't making it count, leaving themselves vulnerable on the counter and that was exactly what happened seven minutes from half time. Saints won a corner on the right and Jure Travner took it. Though Morgaro Gomis cleared Darren McGregor's header off the line, it was well over - Saints first goal in five SPL attempts! Within two minutes, United were unlucky not to be back on level term as a Goodwillie header from a Conway free-kick came off the top of the crossbar with Gallacher beaten.

No changes by Peter Houston at the interval, but it was Saints who made the brighter start with a couple of long range pile-drivers blocked. Garry Kenneth was left livid that no penalty was forthcoming just after half time, claiming that he was held as he tried to get on the end of a Sean Dillon cross. Conway became the third player booked after bundling Travner after 57 minutes. Though United continued to have the bulk of the play, Saints continued to threaten and,on 66 minutes, Kenneth's block on dangerous looking McAusland first timer was as timely as it was welcome, so too was Dillon mopping up a Higdon header as Saints grew in confidence. Meanwhile, there should have been a goal at the other end, and only Goodie - four yards out - will know how he failed to score - his shot, from a low Russell cross, hitting the bar and going over. It was Russell's last contribution as he was replaced by Danny Cadamarteri as was Armstrong who'd instigated that move with David Robertson coming on for him. With seven minutes left Cadamarteri fired over as United's efforts became increasingly more desperate. In a final throw of the dice. Houstie threw Andis Shala on for Conway and amazingly United's penchant for late goals came to the rescue again. Just two minutes were left when David Robertson's looping header from a Goodwillie cross crept inside the far post. Incredibly it is the sixth time this season that the players have pulled the irons out of the fire to snatch a 1-1 draw on the road this season. Additionally, in all three games with Saints, United's goal has come in the last three minutes, but here it was no less than they deserved.

Man of the Match: Though it took a late goal to earn a point, it was a decent all round performance, but skipper Garry Kenneth takes the plaudits for leading by example and always being in the thick of the action. 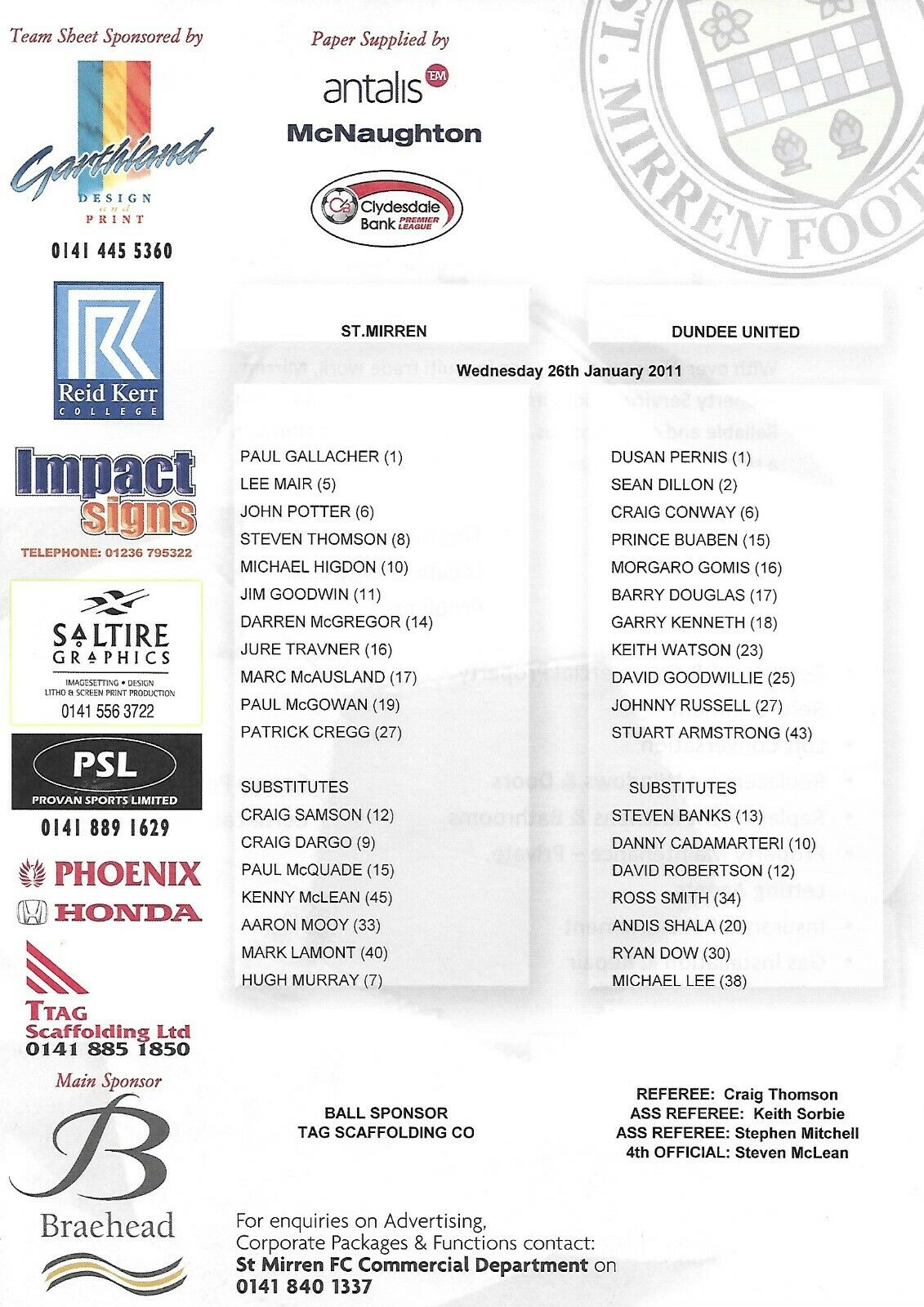