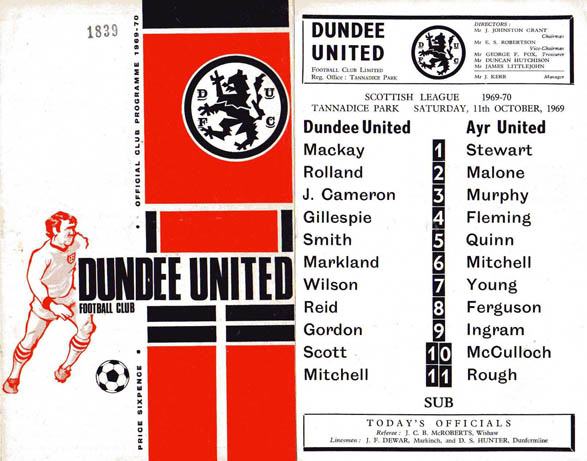 United got off to a whirlwind start with the Somerset defence under pressure almost from the very first whistle. But it took the Tannadice men fully 32 minutes before breaching the visitors defence, Ian Scott smashing home a glorious 30 yarder.

Four minutes later Alan Gordon nodded in a second and the match was over as a contest when Alan Gordon snatched an opportunist third when he ran in unchallenged to unleash an unstoppable 15 yarder past Stewart.

Thereafter United dropped a gear, allowing Ayr to creep more and more into contention and in the dying minutes Alex Ingram grabbed a consolation counter, squeezing the ball home five minutes from the end. 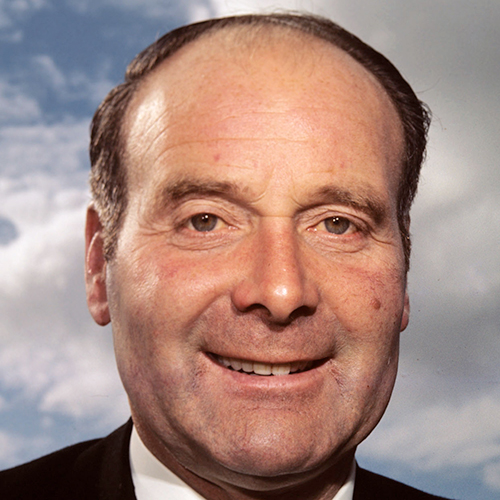 After a hectic two weeks, which involved two dilliciili Leagiie games, the Cup return with Newcastle and a challenge game in mid-week with Dallas, we now face one of this season's shock sides, Ayr United. Although Ally McLeod's boys were engaged in a Cup game in mid-week themselves, we are scorning the thought of "catching them on the rebound". Last season they came to Tannadice in the Scottish Cup and our boys made no mistake in beating them 6-2. With League points now the important thing, it is our intention to repeat the dose and keep our high position in the table. Although our participation in a European competition was ended quickly, we must grit our teeth and fight hard to get back again next season. And the surest way is by achieving a good position in the League table. Going back to the Fairs Cup tie it must be said we lost the game at home. I considered we were unfortunate not to start the away game level. But a goal down we were written off completely for the return. At Newcastle the side played magnificently and, with some home advantage behind us, I'm sure we could have advanced into the next round.

However, the players shrugged off all the disappointment and stuck in with a vengeance at Motherwell and gained two valuable points. Since that fateful day at Greenock, when we lost six goals, the team has settled down well, and only six goals have been lost over the same amount of games. Dennis Gillespie and Doug Smith have played an enormous part in inspiring the defence, and Andy Rolland, Jim Cameron and Stuart Markland have been quick to take the cue. At Fir Park, Andy and Jim took nasty knocks along with Dennis, who left the field with a head injury. In spite of these setbacks, every man stood firm and the overall display was excellent. In attack, Alan Gordon scored his third goal in three games in the No. 9 jersey and his thoughtful leadership is playing a big part in the side's success. One player who stood out last week was Davy Wilson, who took over from the injured Davie Hogg. After a great display on the right wing, Davy dropped back following the loss of Dennis Gillespie, and turned in a fine defensive display. With team spirit running so high we are looking forward to gaming another success this afternoon and this will boost our confidence for next week's visit to Parkhead.