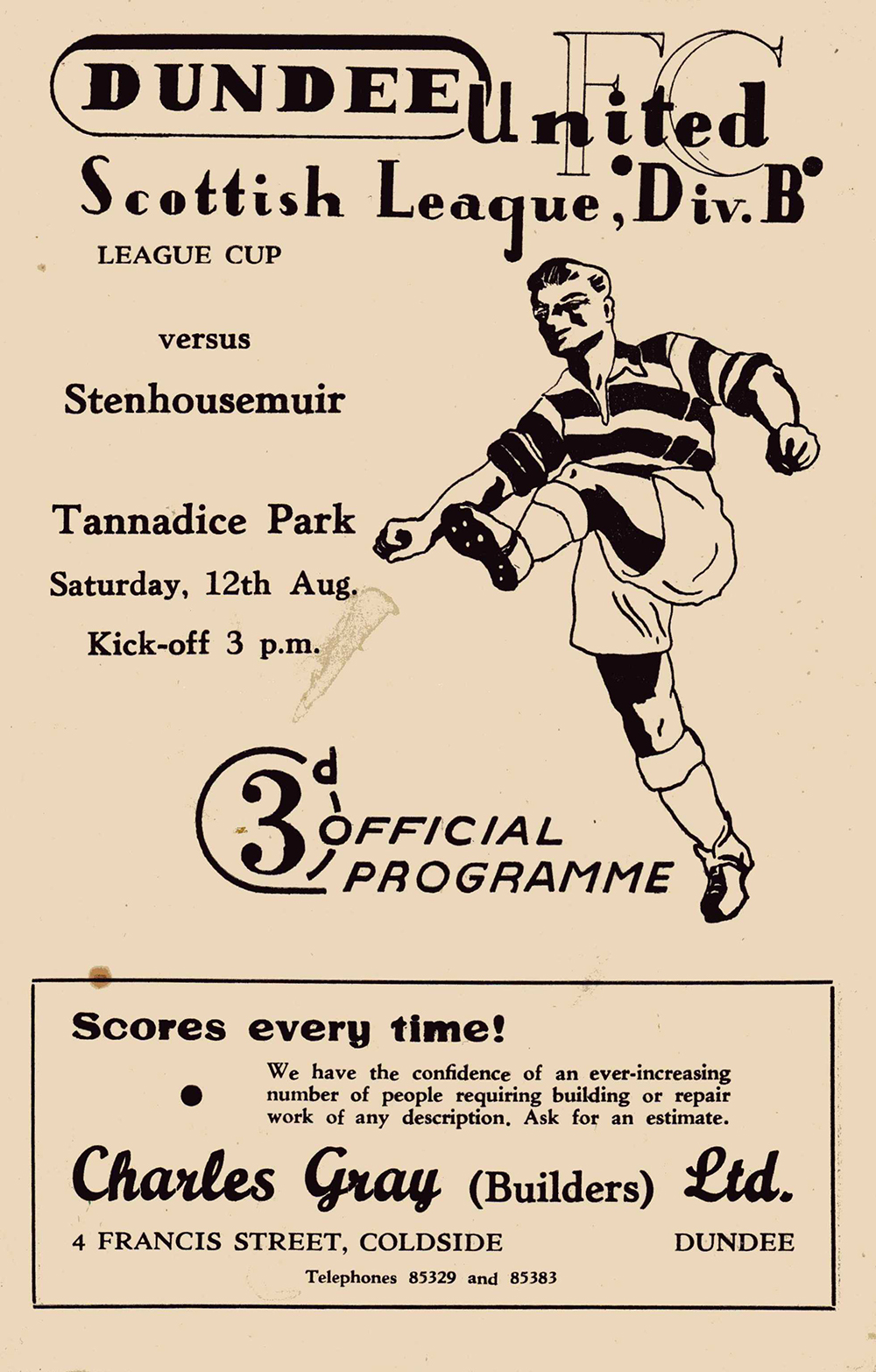 Excitement was the order of the day as United entertained their home support on Saturday, beating Stenhousemuir by the odd goal in three on the first day of the new season. For the League Cup opener, United introduced new signing Archie McIndewar, who impressed during a trial the week before. The former Rangers and Dumbarton player slotted in at inside right. Deputising for the unfit Alec Edmiston between the sticks was last season's reservist, Bob Wyllie.

A soft goal in only the third minute, scored by Stenhousemuir's Jim Allan, handed Willie MacFadyen and his team the very start they would not have wanted, and with that, the home side threw everything at their opponents in search of a leveller. George McKellar, the lanky custodian for the Ochilview men, produced a number of cat-like saves, leaping, diving and twisting through a sea of players with many a heroic effort to keep his clean sheet intact by the interval. It seemed as though Messrs Peter McKay and co were out of luck. Just before the whistle, the winds of change started to blow, as Stenhousemuir missed a penalty kick.

Eight minutes of relentless pressure from United finally paid off upon the resumption, and after tries from Frank Quinn and McIndewar, it was Peter McKay who drew United level - his quick as a flash effort rebounding through the back line before the ball made its way past McKellar. A slip from 'Muir's stalwart defender, David Paton, handed United the all important winner with five minutes to go. Much to the ecstasy of a nervy yet enthralled United support, Frank Quinn, who had worked tirelessly on the right wing, found the net with the simplest of goals after McKay had barged McKellar.

United took both points from the game and rightly sit in an advantageous position in Section B of the Scottish League Cup - B Division group stage, and will now focus on the much greater task of visiting Muirton Park during the week.