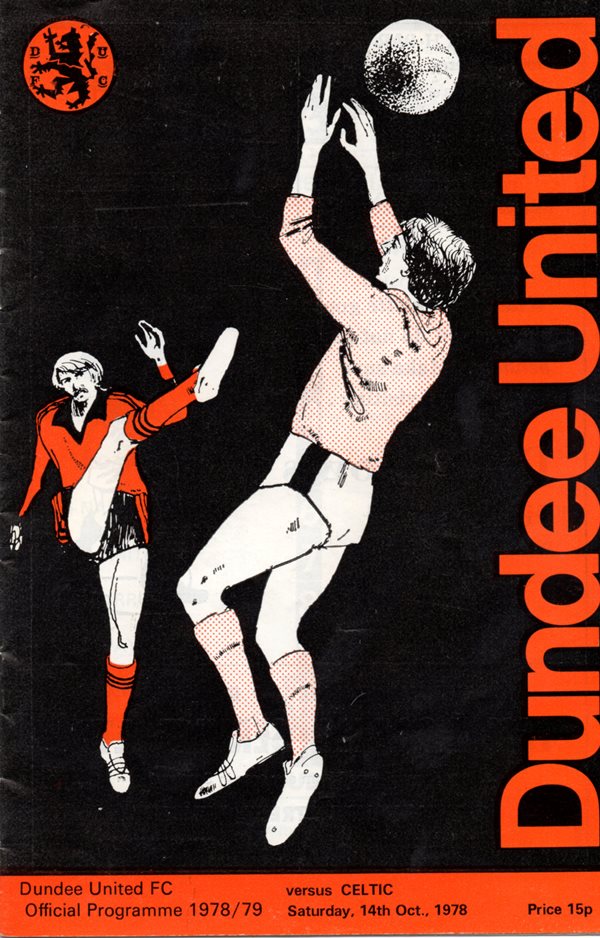 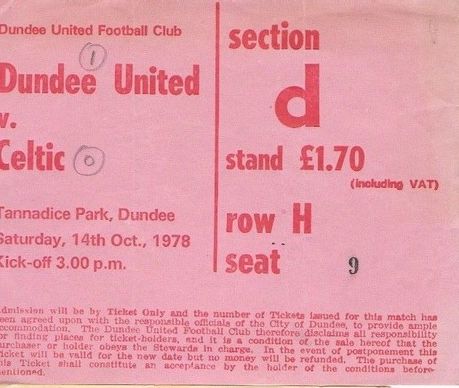 United were unchanged from the midweek draw at Ibrox, although there was a reshuffle of the starting eleven. Walter Smith dropped back to defence, with Dave Narey pushing forward to a central midfield role, and George Fleming was used in an unfamiliar centre forward position.

A sensational opening burst saw United take the lead in the first minute. After good play from Derek Addison and Billy Kirkwood, United's full-backs combined, with Frank Kopel collecting a Ray Stewart cross, and the defender fired low past Peter Latchford from 15 yards and the ball went in off the post. Celtic were desperate to get back into the game quickly, and Bobby Lennox had an appeal for handball turned away. Paul Sturrock headed over a Fleming cross, and at the other end Roy Aitken went close with a couple of efforts. United then had their own penalty claim when Kirkwood came down in the box, but the referee played on. Narey thundered through from his midfield position, beating several players including the keeper, but saw his shot go past when a goal seemed certain. Then Stewart had bad luck with a long range drive, and at the other end Alfie Conn curled a shot around the wrong side of the post. There was controversy in the dying minutes of the first half when Billy Kirkwood beat two defenders and with just Latchford to beat, was crudely hacked down by Roddie MacDonald. The Celtic defender wasn't even spoken to and the free-kick came to nothing.

The restart was held up when cans that had been thrown on the pitch had to be removed, but when play got under way, Kirkwood was again charging through the Celtic defence, and twice came close to doubling the home side's lead. Sturrock was booked in the 55th minute for a foul on Aitken, and then Celtic's MacDonald nearly equalised when he headed past. George Fleming was the second player booked after a foul on Tommy Burns. A goal scoring shot from Graeme Payne was unfortunately blocked by Paul Hegarty, and Latchford made a brilliant save from Kirkwood. In the final 10 minutes, Celtic exerted tremendous pressure, but United held firm for a notable victory.

To-day sees us wind up the first quarter of the Premier League programme when leaders Celtic are visitors for what I firmly believe is one of our most important games so far this term. Last week-end we managed to bring to an end a five-game losing sequence against the other half of the Old Firm at Ibrox when returning with a point in a 1-1 draw, now we must attempt to lay that Celtic bogey of recent seasons. That point we took against Rangers last week brought our tally away from Tannadice to six out of a possible eight— and yet we must weigh that against the fact that only four points have been won at home from a similar amount of games. It simply is not good enough for, as I repeat In practically every communication with you through this column, the home fans just get satisfaction in results of games here at Tannadice.

Indeed, I would go so far as to say that if our home form does not soon get near to matching the results away from home, then even fewer of you will be left out there on the terrace come the end of the season. However, I would again point out that the game has changed so much in recent years that the old adage of titles are won by home form, no longer applies. Commitment to attack in home games is now being counteracted by a negative response from the opposition which breeds frustration and often fatal errors in the home ranks. That's why I see no way that we would be allowed nowadays to play the attractive stuff that took such a trick a couple of years ago. Back to to-day's clash, and anyone who was present at our home League Cup leg against the Parkhead men earlier in the season must realise how desperate we are to win this one. However, to do so you will appreciate that we must take a much higher percentage of the chances contrived on that occasion. Hence the continued search for another striker. In that line Billy Kirkwood's three goals in the last couple of games has proved to me that he can become a more than useful front man — despite playing in what I feel is only his second best position. I have long felt that the youngster could end up becoming one of the top full-backs in the country. Finally, the recent run of respectable results have come at a time when several of the side have been playing below form, thus making them all the more reserving of praise for their tremendously hard work by way of compensation.