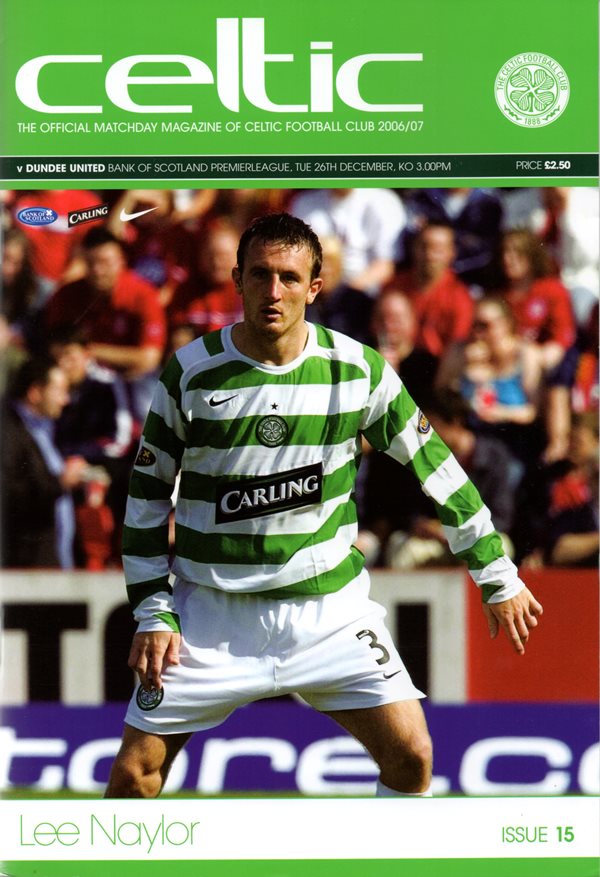 Offered a two each draw before the game, most Arabs would have been delighted. With fifteen minutes of this game left, they’d have been gutted by such an outcome. And yet when the final whistle sounded, there was a sense of relief that United had come away with a point from a rollercoaster 90 minutes.

United made two changes to the side that lost narrowly to Hearts on Saturday with McCracken and Smith into the starting line-up in place of Goodwillie and the injured Robb. Celtic had one change forced upon them by the suspension of Neil Lennon; Dutch midfielder Evander Sno stepping into midfield.

United started brightly and, in the absence of their fiery skipper, Celtic repeatedly found themselves coming off second best in the 50/50 challenges in a competitive midfield area. A Conway cut-back almost found McCracken, and a Robson run and shot signalled United’s attacking intent. But the first clear chance fell for Celtic on seven minutes with Nakamura finding space in the penalty box, but his low shot across goal drifted just wide of Stillie’s left hand post.

United stunned the home support by taking the lead on 17 minutes. Robson teed up Mair for a beautiful curling cross that Robertson headed home. The goal sparked a flurry of attacks from Celtic and five minutes later Zurawski looked certain to blast home Jarosik’s cut-back until a superb last minute Mair challenge. McGeady then set up Jarosik, whose shot deflected wide for a corner. But United weathered the storm and for the remainder of the half, it was the visitors who looked the more creative on the counter-attack, and Robson and Samuel both had efforts on goal from the edge of the box.

United were worthy of the half-time lead and carried on where they left off early in the second period. Smith first shot over from twenty-five yards, then his deflected effort forced a superb diving save from Boruc. A clearly unhappy Celtic manager first replaced Jarosik with Miller, then McGeady with Riordon, but in between those substitutions United doubled their advantage. Robson’s deep free-kick was met by a Garry Kenneth header, Conway diverted the ball into the path of Collin Samuel who stabbed the ball home into the corner of the net. Two nil United with half an hour left on the clock.

United continued to create, a Smith volley going close, and a goal chopped off for off-side. However, the reshaped Celtic side was looking increasingly threatening, with Nakamura taking a more central role in midfield. Miller’s shot across goal was deflected away by Stillie, then the United goalkeeper produced an outstanding save to deny Riordan after fine play from Nakamura and Miller.

With just thirteen minutes left it looked like United had weathered the storm and Celtic’s chances had dried up. But two goals in two minutes turned the game on its head – one a moment of slackness, the other a moment of genius. On seventy-eight minutes, for the first time United’s defence switched off and substitute Darren O’Dea headed Nakamura’s free-kick home unchallenged from close range. Before United could regroup, a fantastic Nakamura chip from twenty yards left Stillie with no chance and suddenly United faced a very long ten minutes even to escape with a point. Riordon went close with a free-kick, and yet Robertson almost grabbed a surprise winner for United at the other end. Then in a dramatic last attack Stillie had to rush from goal to deny Miller at the edge of the box and Riordon’s chip towards the unguarded goal stuck the left hand post before running across the face of goal and out for the goal kick.

But United were certainly worthy of a point and Arabs will even be very slightly disappointed not to have won from two ahead. Yet no-one else has taken a point from Celtic park this season – in the SPL or Champion’s league. Arabs are delighted that their team looks capable of competing with anybody.