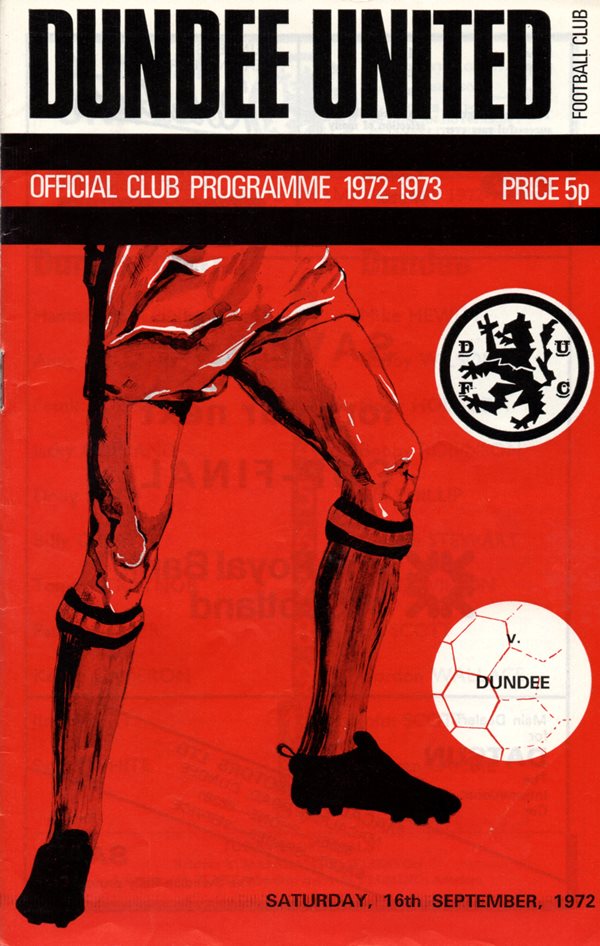 The sides announced just before kick-off provided shocks galore for the 13,000 assembled on the Tannadice slopes. Dropped from the United side were, stalwarts, Doug Smith and lan Mitchell. Dundee manager, Davie White, also made changes, but these were mainly enforced by the injuries to lan Scott, the ex-United striker, Gordon Wallace and John Duncan. John Gray, ex-Blantyre Celtic, was given his first appearance, and Bobby Ford moved into the front-line.

Although Pat Gardner brought out the first save of the game, it was injury-hit Dundee who grabbed a morale-boosting early lead in four minutes. Duncan Lambie's left-wing run took him to the by-line, and his cross found Bobby Ford unmarked, and the make-shift striker headed his first goal for the Dundee club. As the half progressed, United had more and more of the game, but failed to make much impact on the Dundee rear-guard, but two minutes from half-time came the goal they needed so badly. Jim Henry rounded two men on the right, and Pat Gardner beat Mike Hewitt with a glancing header from Jim's perfect cross.

United were looking the more inventive side after the break, but Jocky Scott almost regained the lead for Dundee with a header which skimmed the post. A bit of needle crept into the match, and Duncan Lambie was booked for a foul on Jim Henry who was also entered into the referee's book for talking out of turn. Tommy Traynor brought out the save of the match from Mike Hewitt as the game swung from end to end, and almost emulated it when he pushed a Henry shot round the post. The subsequent corner, however, produced the winner. Pat Gardner's corner was flicked on by Jim Henry to winger, Sandy White who smashed the ball into the net via the underside of the bar. Only seven minutes remained, and in the end, Dundee, after starting brightly, eventually found the handicap of playing without three top forwards too big a handicap to overcome.