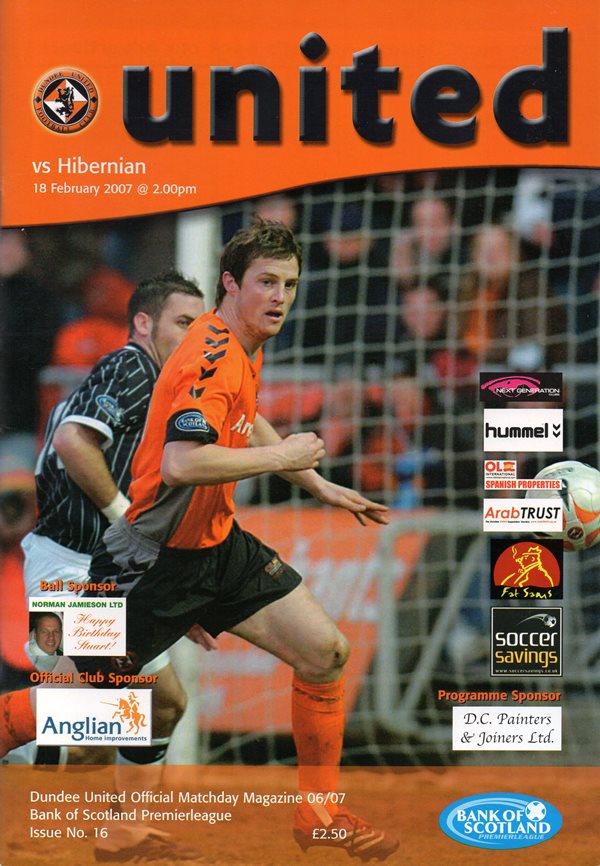 It was the second consecutive goalless home draw for United as they failed to find the breakthrough against John Collins’s Hibs in a tight encounter this afternoon at Tannadice. Beuzelin hit the bar early on for Hibs, while Craig Conway was inches away from scoring just before half time, and Hibs keeper Simon Brown denied Noel Hunt and Barry Robson in the second half.

There was one change to the United team from last week’s victory against St Mirren, with Collin Samuel coming in to replace Morgaro Gomis; the change allowing Barry Robson to move back into a central midfield role.

Meanwhile, John Collins made four changes to the Hibs team, with Simon Brown replacing Andrew McNeil in goal, and Steven Whittaker, Rob Jones and Benji all coming in for McCann, Stewart and Lynch who all dropped to the bench. The Hibs boss also altered his team’s shape, with the visitors employing a 3-5-2 formation.

It was the Edinburgh side who created the first chance, which was also the best chance of the first 45 minutes in all truth. In only the 3rd minute, Beuzelin was played into the United area and was one-on-one with Derek Stillie. To the relief of United, though, the Frenchman’s shot clipped the bar on its way over.

David Robertson and Chris Hogg clashed heads in an aerial battle after 17 minutes, after which the United midfielder was off the field for almost ten minutes receiving stitches in a cut to the back of the head.

While Robertson was off the field, the game developed into something of a scrappy midfield battle, with both sides struggling to pass the ball for sustained spells. United did create a couple of chances just after the half hour mark though, the first coming from a Robson ball to the back post. Conway headed back across goal, but Chris Hogg was the first man to get his foot to the ball and clear.

A minute later, Robson crossed from the right flank, and Noel Hunt managed to connect on the turn but his shot went wide.

As the game moved towards half time, United had their best chance of the opening 45 minutes. Robson received a through on the edge of the area and turned Martis. His cross-cum-shot just evaded the sliding Craig Conway at the back post to leave the game goalless at half time.

The second half followed much of the same pattern, with both sides struggling to dominate a congested midfield.

Collin Samuel should have done better in the 53rd minute, after having a free shot on goal from the edge of the area after Brown had punched away Robson’s cross, but the striker fired over the bar.

With 76 minutes on the watch, Noel Hunt almost managed to break the deadlock. Christian Kalvenes checked back onto his right foot and his deep cross was cushioned down by Samuel into the path of Hunt, whose powerful effort was brilliantly turned wide by Simon Brown.

Three minutes before time, Barry Robson struck a powerful 35-yard free kick towards the top corner, but Brown was there again to deny United the win and guarantee his own side a share of the spoils. 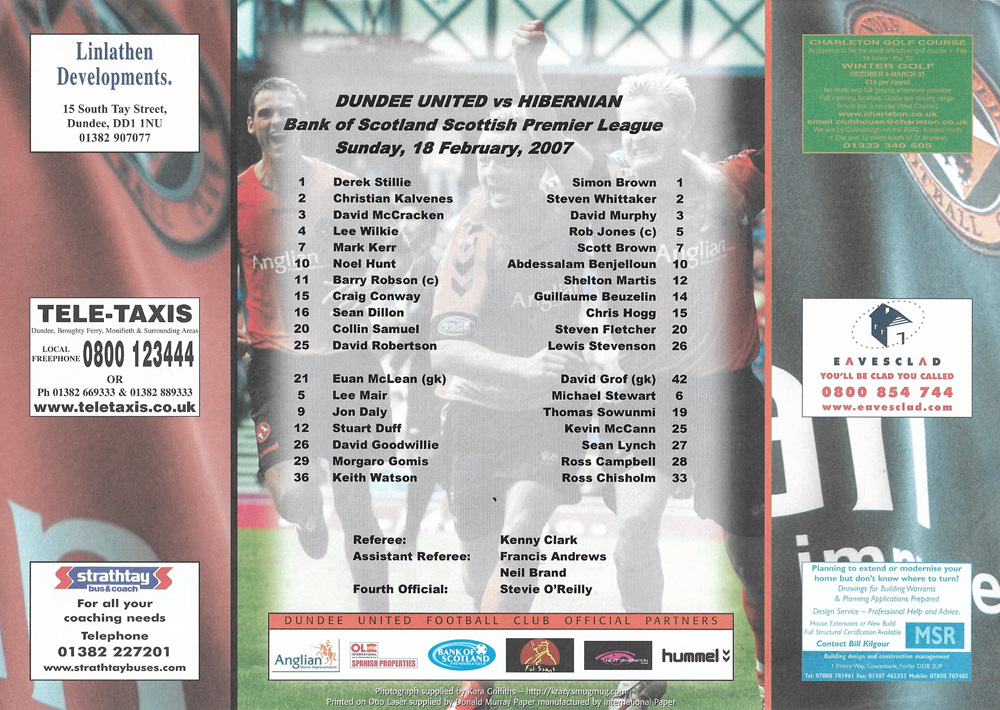