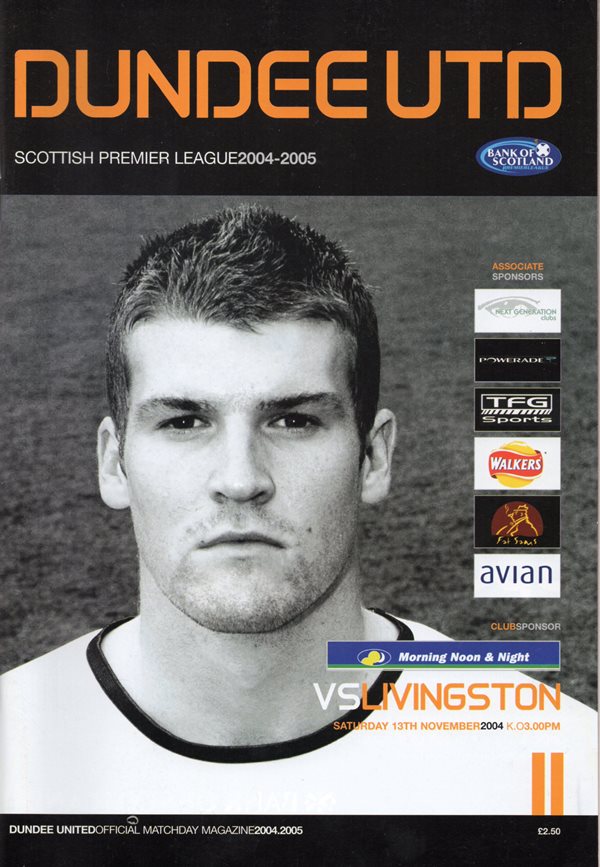 Manager Ian McCall made five changes to the starting eleven which knocked Hibernian out of the CIS Cup in midweek. James Grady, Karim Kerkar, Stuart Duff, Mark Kerr and David McCracken were drafted in at the expense of Chris Innes, Mark Wilson, Grant Brebner, Jason Scotland and Collin Samuel. Despite the changes United lined up in their flexible 4-4-2 formation, with Robson and Kerkar pushing forward into attack whenever possible. Livingston boss Allan Preston included ex-United favourites Craig Easton and Derek Lilley in his team whilst another, Jim Hamilton, was listed among the substitutes. With Livingston just a solitary point above United in the league table this was a crucial day for both sides.

It was an uneventful opening period to the game with neither side able to settle into their play and as a result chances were few and far between. The first glimpse of goal came for United on 7 minutes, but Robson’s ball across the penalty area failed to present Kerkar with a clear opportunity. Robson and Duff were endeavouring to make things happen down either flank, but the Livi rearguard were always on hand to clear. Robson, who was looking most lively up to this point, engineered an opening on 26 minutes however he shot straight at keeper Roddy McKenzie after beating two defenders in the box. The highlight of the first half undoubtedly came with 36 minutes on the clock, as midweek hero McIntyre came so close to the opener. The Livi rearguard failed to clear their lines and the ball dropped kindly in front of United’s top scorer 30 yards from goal. He sent in a superb dipping half volley but was unfortunate to see the effort crash down onto the bar and then cleared to safety. In the last minute of the half Livi had their first effort on goal of any note, and in doing so almost stole the lead. A corner kick from the left was flicked towards goal by Lilley and bounced back off the outside off the post, much to the relief of the United defence.

The fans in attendance had to wait 9 minutes of the second half for a clear chance in front of goal and it was the visitors again who almost provided a shock. A corner from the right again found the head of Lilley and he had appeared to have lifted his effort over Jarvie but the young keeper rescued the situation brilliantly by clawing the ball away to safety. The Terrors then went straight up the other end and almost opened the scoring themselves. Brebner cut the ball back from the bye line and McCracken directed the ball towards goal only for McKenzie to save. The rebound fell to McIntyre 8 yards out however he lashed the ball high over the bar. A minute later substitute Scotland was gifted space inside the box but his angled right foot drive could only find the side netting when he ought to have done better. The match was livening up at last with United starting to dominate proceedings, and again a flurry of crosses were sent into the area, however no-one was on hand to add the final touch. When it was starting to seem as though time would run out for United, the breakthrough finally arrived from an unlikely source. Livi needlessly conceded a corner with 12 minutes remaining and Robson swung the kick into the heart of the six yard box. Central defender David McCracken was first to the ball and he planted his header firmly into the net to record his first goal of the season, much to the obvious delight of the player. 3 minutes later Robson almost settled the game after cutting along the goal line but, after beating several defenders on the way, elected to shoot straight at McKenzie. Substitute Jim Hamilton had a great chance for the visitors with 6 minutes left but managed to steer a shot well wide whilst under pressure from McCracken. The tangerines had another opportunity to increase the margin of victory in 87 minutes after some great footwork at the bye line from McIntyre. His cut back was hammered towards goal by Billy Dodds from 12 yards, only for the ball the clip the top of the crossbar. There was one final scare for United right at the death when Livi defender Scott McLaughlin powered in a left foot drive from 30 yards but it was straight at Jarvie who gathered comfortably. 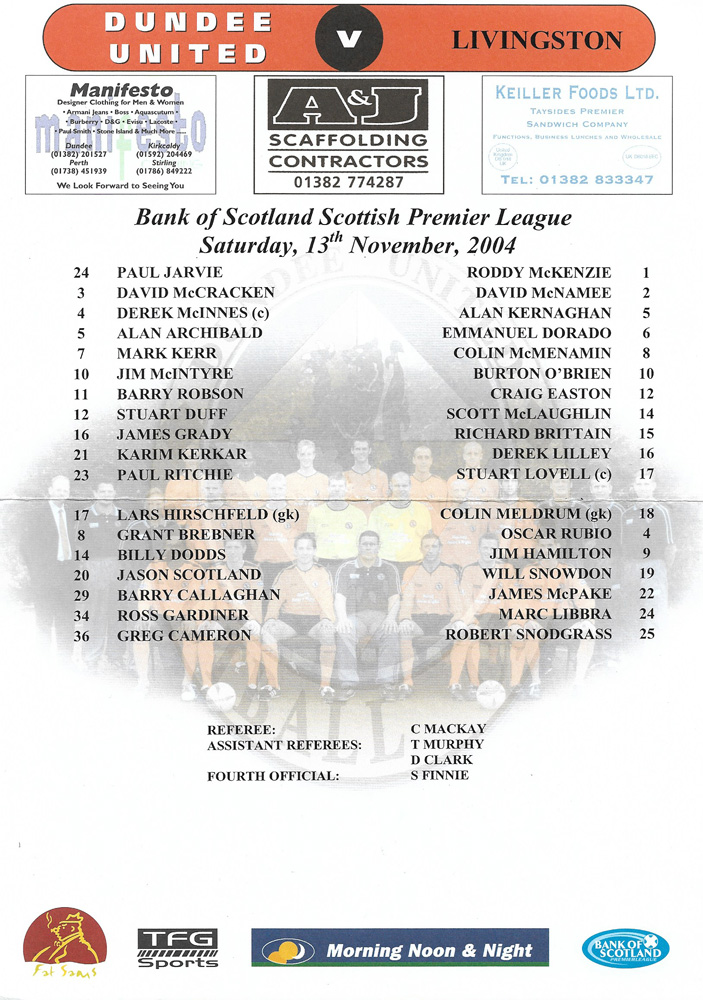