The final round of the Forfarshire Cup between Dundee and Dundee Hibs at Dens Park had a surprising finish in more ways than one. About a couple of minutes from the close, Fleming, the Dundee captain, lodged with the referee a written protest, which in turn went into the hands of Stirling, the Hibs' skipper. The protest was against "David Gibb, Montrose" on the grounds that he was ineligible to play for Hibs in a Cup tie. There was no one on the Hibs' side known by the name of Gibb, but it was learned that the protest was directed against the Hibs' centre forward, whose name had been given out as Anderson.

The Forfarshire Association held a meeting after the match, and upheld the protest. The match will be replayed at Dens Park next Saturday.

The attendance was a record for a Forfarshire Cup final, about 14,000 spectators being present. Generally play was scrappy although several smart touches were displayed. There was no scoring in the first half, during which the Hibs had the benefit of a strong wind, which, however, was not always helpful, as Dundee also found when they came to play on the windward side.

Shortly after the interval, Bradley scored with a free kick, which Fleming deflected past Watson, and although Dundee had three-fourths of the play in the second half they were up against a capital custodian in Henderson, and much of their finishing was of a puerile order. For the winners, the defence all round was good, and of the forwards, Herron and "Anderson" were best.

Dundee's backs were shaky. The halves were good, but the forwards disappointing. They had no "punch". 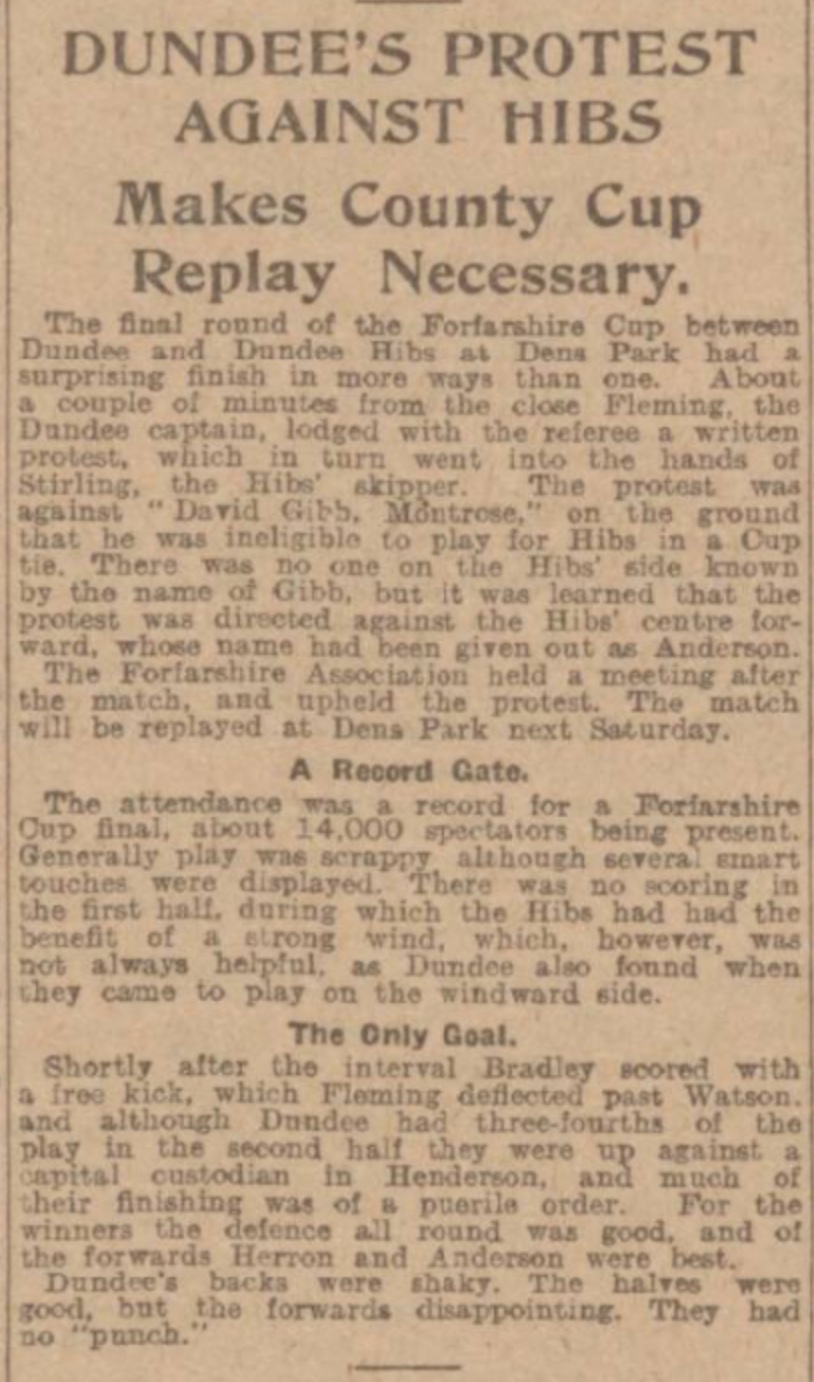