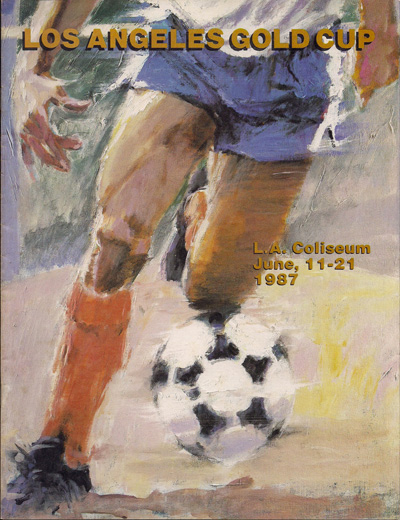 Guadalajara, playing the adventurous brand of soccer that has made it one of Mexico’s most popular teams, defeated Dundee United of Scotland, 2-0, Sunday afternoon in the first round of the Los Angeles Gold Cup.

In the first game of the doubleheader, played in front of a Coliseum crowd of 21,228, A.S. Roma of Italy earned a 2-1 win over Club America, eliminating the Mexican team from the tournament.

The Guadalajara-Dundee United match was a one-sided affair, with Mexico’s newly crowned champion dominating. Guadalajara’s nickname is Las Chivas (The Goats), but it was the Scots who were made to look sheepish.

Admittedly, Dundee United was playng its 79th match of a season that began last August, but, tired or not, it might have been expected to produce a bit more flair than it did. Instead, it was left to Guadalajara to provide the excitement.

After Dundee United’s Iain Ferguson had tried unsuccessfully to punch the ball into the net with his hand in the 31st minute, Guadalajara responded to this unsportsmanlike play in the best manner possible. It took the lead.

A pass from Concepcion Rodriguez on the right was controlled by Paul Moreno, on loan to Guadalajara from his club team, Puebla. Moreno did not hesitate, firing a low shot past goalkeeper Billy Thomson.

Guadalajara continued to apply the pressure and, given a little luck, could easily have gone three or four goals ahead. A fierce shot by Manuel de la Torre in the 34th minute, for example, slammed into the right post and rebounded clear.

Later efforts came equally close, but it was not until the 77th minute that Guadalajara put the matter beyond doubt with a second goal. Morena floated a pass across the goalmouth from the left, and Sergio Lugo was there to head it home.