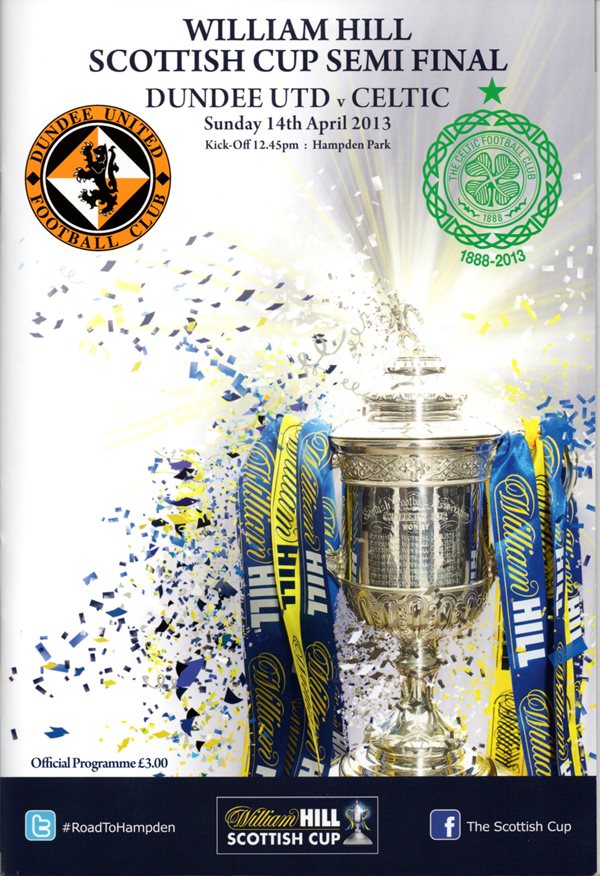 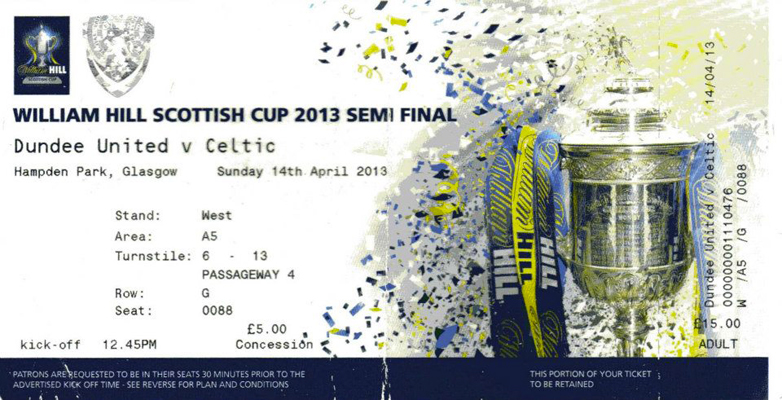 Jackie McNamara made just one change to the side which won 1-0 against Aberdeen, with winger Gary Mackay-Steven – who was so effective on his return from the bench last weekend – taking the place of Michael Gardyne. It meant that Stuart Armstrong had to contend with a place on the bench despite returning from suspension, while teenagers Ryan Gauld and John Souttar retained their places in the eleven.

Although United had looked comfortable on the ball in the opening stages, they got off to the worst possible start as Kris Commons rifled in a long-range effort within just 90 seconds that left Radoslaw Cierzniak with little chance. It was a blow that could have unsettled United but they kept trying to play football and first threatened with a John Rankin effort then with an extraordinary spell of pressure when Mackay-Steven beat his marker and swung in a cross that led to Forster picking up a pass back. The indirect free kick on the edge of the six yard area led to stinging efforts from first John Rankin then Willo Flood, with Celtic just managing to clear their lines as they threw bodies in front of the ball, leading to claims of handball being waved away by referee Craig Thomson. However, Celtic were always dangerous on the break and Kris Commons earned a free kick right on the edge of the 18-yard box following a foul by Willo Flood. It was perfect territory for the left-footed Charlie Mulgrew but his effort went high and wide. Celtic were starting to see more of the ball as the game neared the quarter hour mark, and Charlie Mulgrew sent a long-range effort over the bar. Although United were enjoying spells of pressure in the danger area, they were struggling to get beyond the Parkhead side’s back four to manufacture chances, whereas Celtic always looked threatening when they got a sniff at goal, as they demonstrated when James Forrest embarked on a mazy dribble before drilling in an effort narrowly over. United had a real narrow escape 20 minutes in, as Izagguire beat Mackay-Steven on the left then delivered an inviting dipping cross which Mikael Lustig met well, only to see his header bounce off the inside of the post. But United weathered the storm and hit back in a frantic spell that saw them draw level then edge ahead, only for Celtic to immediately draw level again. United’s equaliser was a goal of real beauty, as Jon Daly found himself in space on the halfway line and found both Mackay-Steven and Gauld bombing forward in support. He first looked like he would tee up Gauld, but instead released the onrushing Gary Mackay-Steven, who played a wonderful one-two with Gauld before nestling a cool finish beyond Forster to give him no chance. It was a goal that gave United confidence, and they were on the attack immediately, with Mackay-Steven tumbling under a challenge in the box, only for Craig Thomson to wave away strong shouts for a penalty. Celtic were well and truly rattled and United looked threatening with every single attack and they stormed into a remarkable lead with just under half an hour on the clock when Barry Douglas fired in a perfect cross from a free kick on the left which Jon Daly met brilliantly with the head. In an exhilarating spell, Celtic fought back to level immediately with a very similar goal, with a cross from the left met by the head of Victor Wanyama, who sunk his effort beyond Cierzniak. United rallied once again and a breathtaking move so nearly put them ahead again, with Gauld dribbling through and laying off John Rankin, whose effort was desperately blocked as it looked destined for the net, only for United to waste the resultant corner. Every time either side moved forward they looked like they could find the net and Gauld and Mackay-Steven had the confidence that defied their tender years and had experienced international defenders on the ropes. But despite some frantic action, the sides went in level at the break for a well-earned breather.

The second half started in a similar vein to the first, with a succession of corners at both ends failing to lead to a goal. Despite numerous near things at both ends, and some fine football, it was Celtic that fashioned the first effort on target of the second half, as Mulgrew cleverly worked a free kick with Commons then curled in an effort that Cierzniak held well. Commons then delivered a cross from a free kick on the left after Rankin picked up a booking for a late challenge, only for Wanyama to head wide. Celtic were now looking dangerous from the wide areas and they again took the lead when Kris Commons met a cross from the left which crept over the line despite a desperate attempt by Cierzniak to claw it away. Jackie McNamara threw on Stuart Armstong for Mark Millar as United attempted to again fight back, but Celtic were still looking dangerous as they went forward and Sean Dillon had to block on the line to deny a Commons attempt, then the influential Izaguirre fired wide. Gauld fired wide after a good spin on the edge of the box, but Celtic nearly finished off United with 20 minutes to go, as Commons met a Forrest cross but diverted inches wide, then Mulgrew shot into the side netting from ther corner. United weren’t to be beaten though, and immediately grabbed a leveller as Mackay-Steven beat his marker on the left then delivered a tremendous ball that Jon Daly met with a brilliant header that battered off the post then into the back of the net. Both sides were serving up a semi final thriller, and United nearly grabbed the lead on the counter attack when Mackay-Steven raced away then curled an effort which Forster saved. Celtic were testing the nerves of the United faithful as the match edged into injury time and Keith Watson came to the rescue as he bravely threw himself in front of a shot from a corner. There was more bravery to come, with United bodies putting themselves on the line to avoid a late winner with some superb last-ditch defending as Celtic piled forward. But United managed to avoid injury time heartbreak to take the second Hampden semi final into injury time following a sensational 3-3 draw.

As the game moved into the first period of extra time, United were first to threaten as substitute Michael Gardyne, on for Gauld, who had received a rapturous ovation as he left the field with five minutes to go, took advantage of defensive indecision and drilled a left footed effort that Forster did well to save. United were edging the extra time period, and Celtic needed some desperate defending to force a Gardyne effort behind for a corner. Jon Daly magnificently met the corner with a header that battered off the post then was somehow hacked away by a Celtic defender. It was then Radoslaw Cierzniak’s turn to be the hero, as he brilliantly saved a Commons effort with his foot to keep the scores level. However, Celtic were not to be denied and they went ahead for a third time just two minutes from the break, as subsitute Anthony Stokes met a cross from the right with a convincing header that left Cierziak with little chance. United were putting up a real fight and again dominating possession in the second period of extra time but just couldn’t quite find that leveller in a nail biting finale. They again came so close with 90 seconds to go, as Gardyne lofted a ball in that Daly nearly finished, then Samaras strode to the other side of the pitch but forced Cierzniak into a great fisted stop. It was frantic stuff as United piled forward in the closing stages but just was not to be, as Celtic held on to deny United a second final spot in three years. 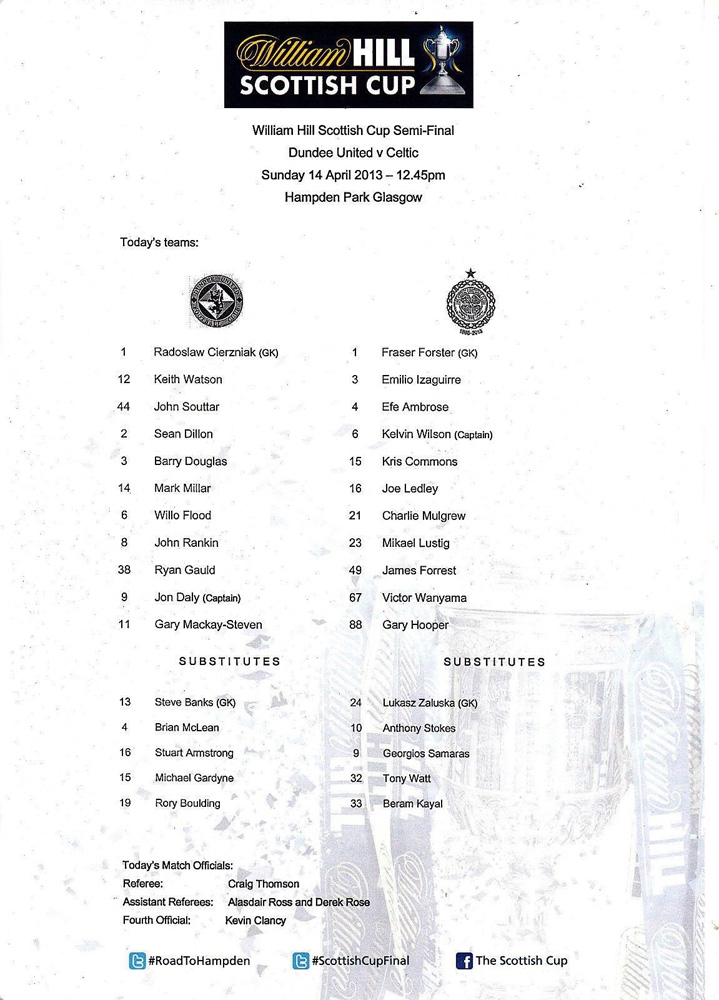