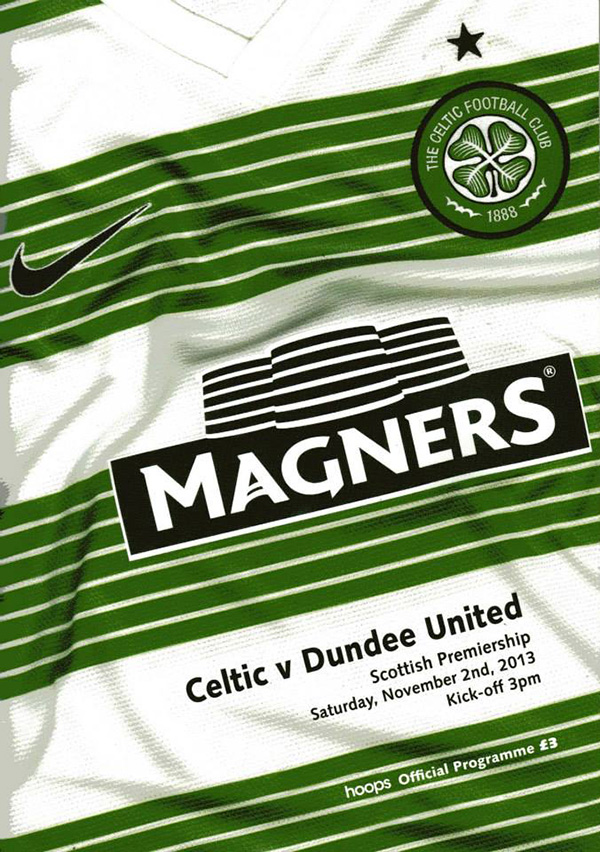 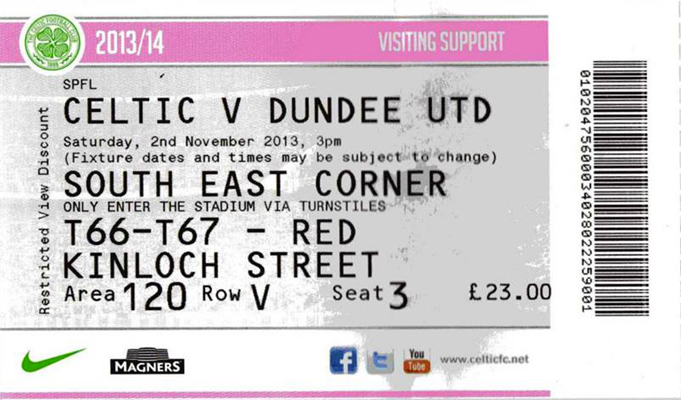 Following midweek exertions, Jackie McNamara opted to shuffle his pack, with Mark Wilson, John Souttar, Morgaro Gomis and Brian Graham all coming into the side in the place of Keith Watson, Sean Dillon, Paul Paton and Ryan Gauld.

It was an energetic start for both sides, with chances at both ends. First Stokes chipped over from the edge of the box following uncertainty from the United defence, then Fraser Forster did well to block a Gary Mackay-Steven close-range effort after he was brilliantly played in at the back post following a superb lofted through ball by Stuart Armstrong. At the other end, Stokes headed over after Mulgrew flighted in a dangerous free kick following a Morgaro Gomis foul which resulted in him picking up a booking on his first start since returning to the club. United hit back right away with the best effort of the opening quarter of an hour, when Mark Wilson – on his first match at Celtic Park since leaving the Glasgow club last year, played in a brilliant cross which Graham met well with a powerful header, only to be denied by a fine save from Forster. Celtic were next to threaten as Darnell Fisher flighted in a fine cross from the right which Amido Balde headed just over. Emilio Izaguirre then lofted in an almost identical cross from the other side, which Brown headed straight at Radoslaw Cierzniak. With just seven minutes to go until half time, United stormed into the lead with a truly wonderful goal. Nadir Ciftci chipped a fantastic ball into the box and Stuart Armstrong sprinted onto it then showed great skill to take the ball down, dribble round Forster then – still from a tight angle – lift the ball over the keeper and into the back of the net.

In the opening quarter of an hour of the second half, United managed to largely weather the storm. Despite a series of corners and free-kicks in dangerous areas, the home side were struggling to break down the well organised and resilient United rearguard. And the Tangerines very nearly stormed into a sensational 2-0 lead when Wilson set up Ciftci down the right flank, who fired in a perfect cross for Graham in the box, only for the former Raith striker to mis-hit his effort right in front of goal. As the game entered the final quarter of an hour, United were holding out resolutely and still looking menacing on the counter-attack, while Celtic became more and more direct as they attempted to find the leveller. With less than 10 minutes to go, Cierzniak made an outstanding stop from close range to tip a Lustig effort over the bar. Celtic were now really pressing but United seemed to always be able to find a man to block as they threw players forward. However, deep into injury time, when Celtic had seemingly run out of ideas, they launched a hopeful ball into the United area which Charlie Mulgrew met with a glancing header that left Cierzniak with no chance to deny United a glorious victory.