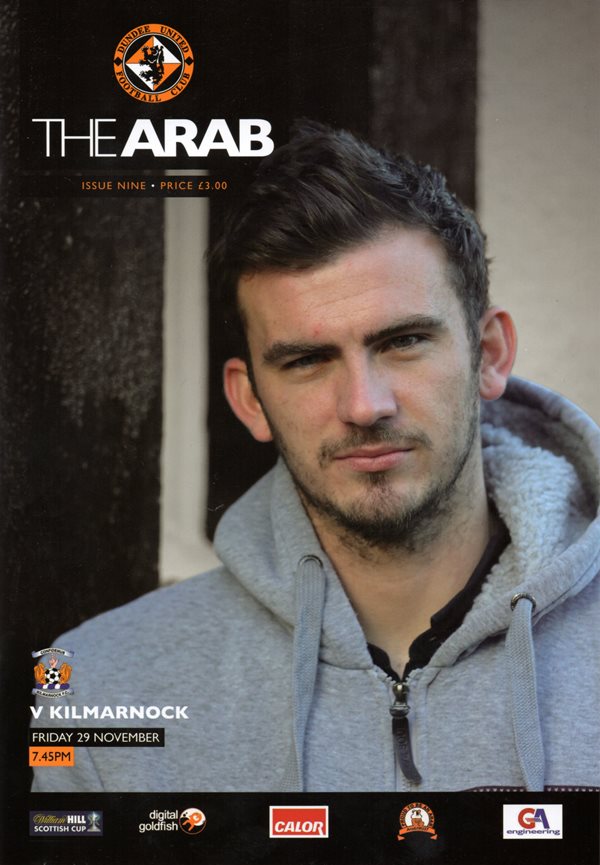 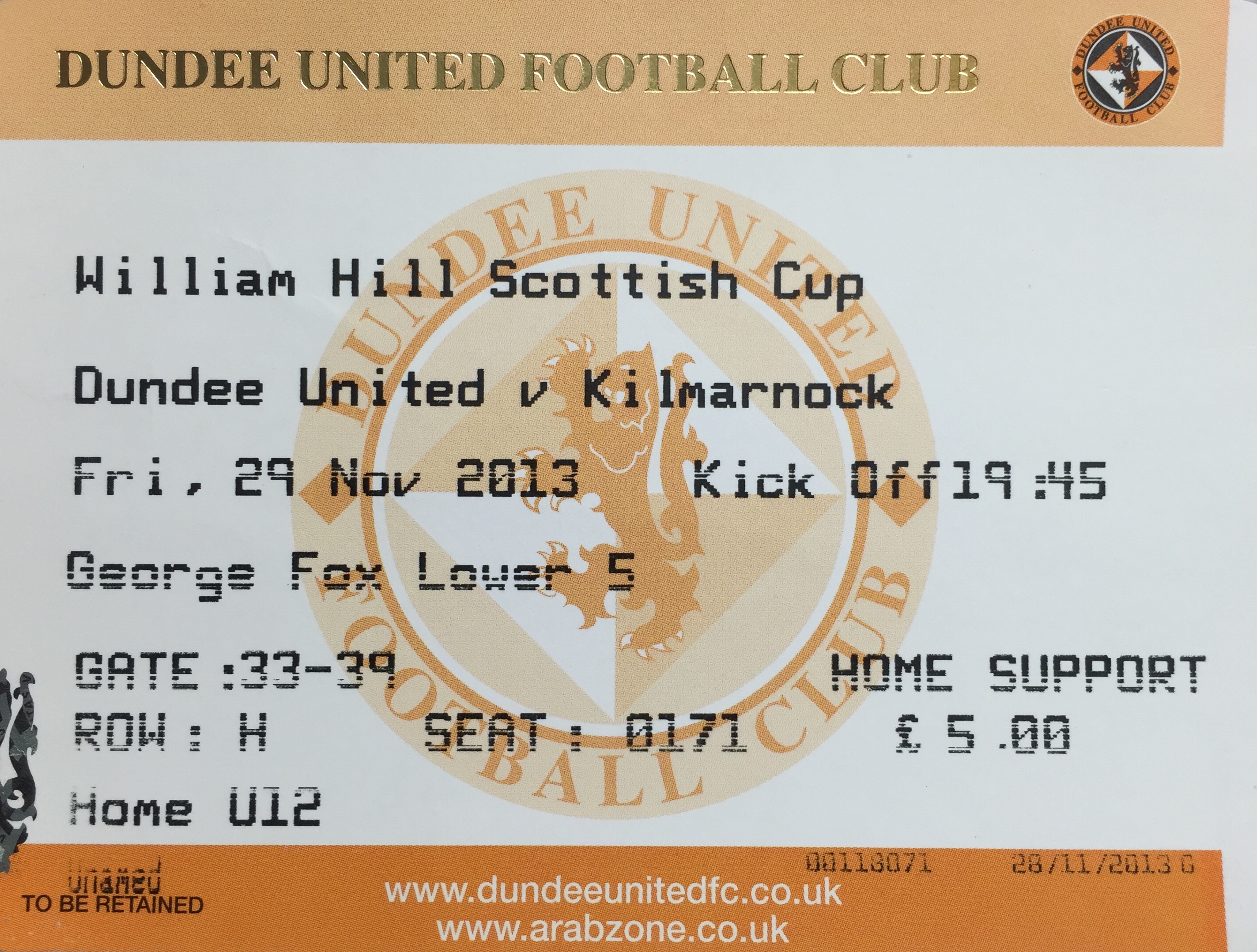 Jackie McNamara chose the same starting 11 for the third match in a row, after they hit four goals in both of the last two games. United, were wearing their red and white cup strip.

United knocked the ball about with confidence in the opening quarter of an hour and kept possession well, albeit without managing to get beyond the Killie rearguard to test Craig Samson. But United’s creative players were once again looking in the mood and the first notable effort came when Ryan Gauld sprinted confidently forward before unleashing a long-range drive which was deflected into Samson’s hands. Kilmarnock then started to edge themselves into the game and also looked like they wanted to knock the ball about. The first warning of their danger came from a fine cross from Jeroean Tesselaar from deep on the right, which flashed menacingly across Radoslaw Cierzniak’s goal before being cleared to safety. It was Cierzniak who was to make the first real save of the game. After United had given the ball away in the middle of the park, Kris Boyd latched onto a through ball from Craig Slater before powering in a dangerous effort which the Pole parried behind for a corner. The Ayrshire side were starting to play the kind of football which belied their league position and won a free kick on the left when pacy winger Chris Johnston was pulled down after sprinting past Mark Wilson. The resultant free kick had to be nodded behind by John Souttar, following which United took a few attempts to properly clear the danger from a corner. United didn’t take long to re-establish their superiority, however, and stormed into the lead after 26 minutes following some brilliant football. Nadir Ciftci broke through menacingly then set up Stuart Armstrong, who looked set to shoot but instead touched it aside to Andy Robertson, who took a touch then finished with all the style of a predatory striker to leave Samson with little chance. United finished the first half on the front foot, with Gary Mackay-Steven brilliantly beating his marker on the touchline before sprinting into the box then teeing up Armstrong, who slightly mis-hit his effort, which was then cleared. It had, though, been another 45 minutes of attractive football from United – although the Ayrshire side were still in the game and looking a threat when they managed to get the ball forward.

Right at the start of the second half, Kilmarnock stunned the home side with two quick goals. First, Craig Slater lofted in a hopeful free kick which Cierzniak looked set to collect, only for him to drop right at the feet of Darren Barr, who bundled the ball home despite a despairing attempt to clear from Gavin Gunning. While there was quite a bit of fortune about Killie’s equaliser, when they took the lead only three minutes later it was with a piece of genuine quality. Young winger Chris Johnston picked up the ball on the right then powered quickly past Wilson and fired in an unstoppable effort from the edge of the box which zipped into the top corner to leave Cierzniak helpless. The unexpected turn of events brought out a renewed sense of urgency from United and Rankin’s shot-come-cross was left by everyone and had to be desperately parried away by Samson to Wilson, who set up Gauld only for the youngster to slide his effort wide. Killie dangerman Johnston was causing havoc every time he got the ball and when he bore down on goal he slid a ball across goal towards Rory McKenzie which Gunning blocked. United then got themselves level just after the hour mark with a fine strike – although there was a bit of controversy about it. Killie’s Reuben was down injured on the halfway line but United played on, with Ciftci racing into the box then cutting back for Stuart Armstrong, who powered a confident finish beyond Samson from close range. Midway through the second half, United suffered a blow when Ciftci had to go off after appearing to pull his hamstring – with Brian Graham coming on in his place. United kept pressing and Armstrong had an effort deflected wide then Samson had to fist away a corner under pressure from Gunning. Another fine move from United nearly got them in front. Gauld slid in bravely to force the ball wide to Andrew Robertson, who swung in a wicked cross which Graham headed from 16 yards off the post. United weren’t to be denied though, when Robertson scored again after powering into the box then battering in an effort which seemed to bounce just in front of Samson and ping over him and into the net. With only 10 minutes to go, United won a penalty when Gauld went down under a clumsy challenge from Reuben. Brian Graham stepped up with confidence and left the keeper with no chance with a powerful effort into the bottom left hand corner. United then hit a fifth goal for the first time this season when Gauld wouldn’t give up on a lost cause but Samson just got the ball away, only for it to fall to Mackay-Steven who had it all to do and hammered the ball beyond Samson from distance.