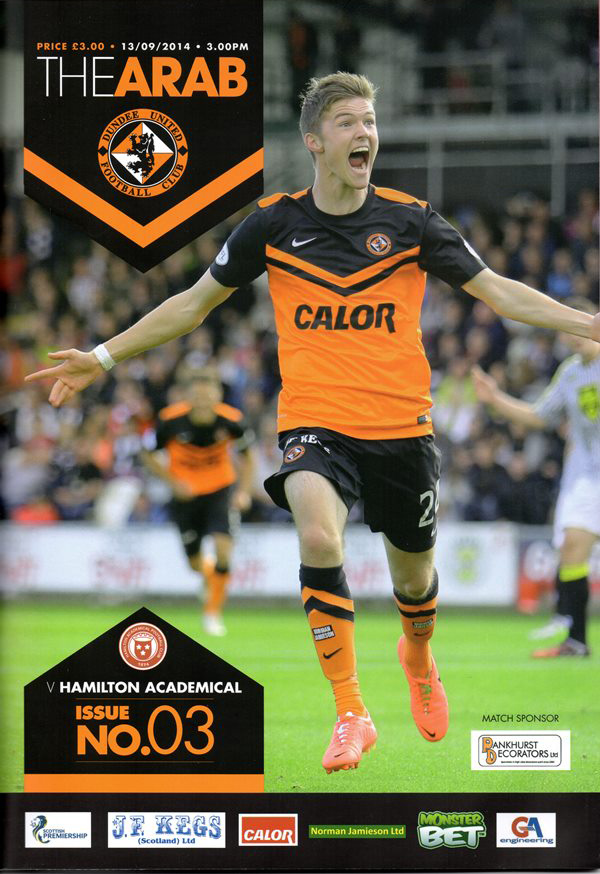 Accies arrived at Tannadice at the top end of the table and were able to name the same side that beat Ross County 4-0 last time out. United were forced into a couple of changes with Sean Dillon and Mario Bilate replacing the injured Conor Townsend and Ryan Dow.

All the talking points in this match came in a first half consisting of four goals and two sendings off. United were uncharacteristically shooting towards the Eddie Thompson stand in the first half of this game and kicked off the action with a cracking goal from Nadir Çiftçi. Bilate took a quick throw in on the right side and Ciftci did the rest. Running onto the throw, he nodded the ball into the box and then managed to weave his way from the right side in towards goal. As the 'keeper closed the angle, Ciftci dragged the ball past him and dinked it over the line for the opener. When Ciftci and MacKinnon tangled near the dugout, both were booked but tempers were not cooled any. From the resultant free-kick, it was MacKinnon himself who created danger in the United half. At the end of the move fresh air clearance from Morris let in Antoine-Curier, who slammed the ball home for the equaliser. Immediately after the goal MacKinnon, clearly still angered by the touchline tussle, gestured to Ciftci and was sent packing for his troubles. The red card did not hinder Accies and soon after Antoine-Curier set up Tony Andreu who fired a low shot that somehow evaded Cierzniak in the United goal. Four minutes before the interval it was Nadir Çiftçi's turn to be sent off. A silly hand-ball was enough for a second yellow card and the teams were back level at 10 men a piece. However, right on the stroke of half-time United scored the equaliser. A Mackay-Steven corner was headed powerfully into the net by Jaroslaw Fojut.

The second half never really lived up to the first although both side had chances, neither looked like they had sufficient guile to claim a winner. The match ended 2-2 and both of this seasons form sides remained in joint top position.

Manager's Comment:
"We lost our discipline, there was a lot of fear in our play today with the expectation with the results we've had. Our passing at times was very poor. The goals we lost were pretty poor as well. The positives were coming back from 2-1 down, we were both down to 10 men at that time. We kept going at them. It was important not to lose a match at home, and keep the momentum, especially at home today with a good crowd."

Fan's Comment:
"This feels like two points dropped but to be honest we could easily have lost this and would probably have had it been last season. Hamilton's energy and desire should be applauded. When it comes to excitement this was very much a game of two halves." 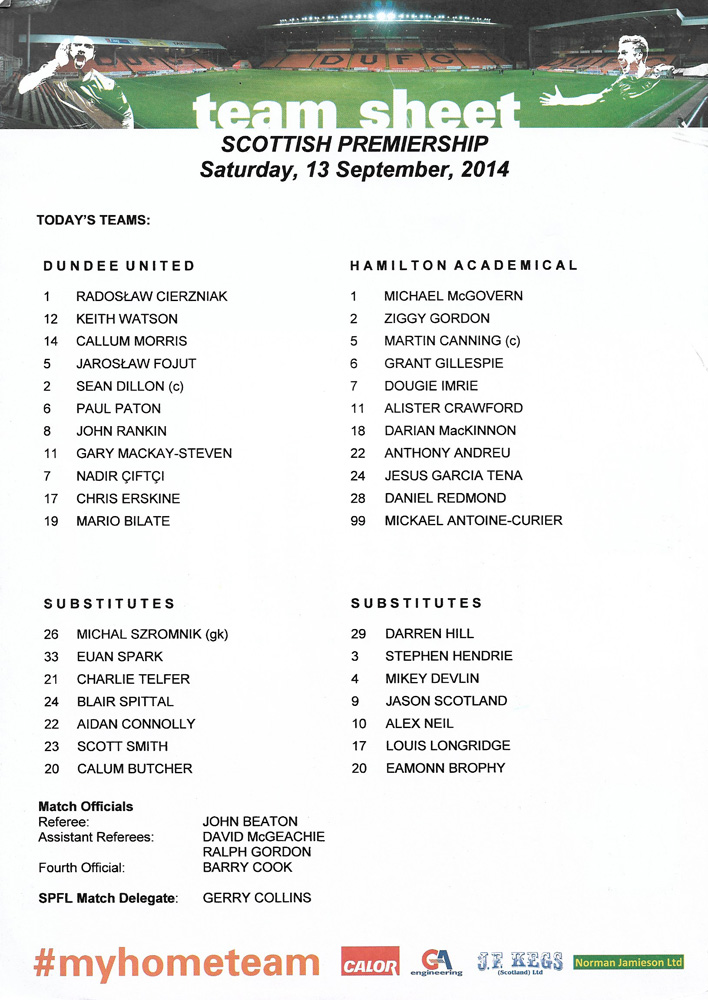 This afternoon we welcome Hamilton Accies who sit in second place, ahead of us on goal difference. They've surprised most pundits with their excellent start to the season and, like us, have won four of their five opening games. We went into the international break in fine form on the back of two good victories over Ross County and St Mirren, making it a very commendable four wins out of five so far. The one blip during the first month of the season was of course the bad day at Celtic Park, where the scoreline was embarrassing, especially given the manner in which we lost the goals. However, that's the only occasion on which we have looked vulnerable defensively this season. So, it was good to bounce back immediately with a win against Ross County, in a game which could have gone against us after they equalised on the counterattack. But that can always happen when you're pushing forward in what was certainly an entertaining affair. Commendably, though, thought we showed great character in maintaining a high tempo, showing patience and always looking defence. Without being as creative as I would have liked, playing down the hill we still had some great attempts at goal. I was always confident that one would go in and I'm delighted for Chris Erskine that he managed to score the goal. His attitude has been spot on and earned him a place in the starting line-up against St Mirren the next week, where he again did the business in scoring the vital opener. Delighted as I was that we went on to win by three goals at New Love Street, I have to admit that we can play better and although the winning margin flattered us a bit, I felt our quality told in the end. Certainly, other than perhaps the opening 20 minutes, we were not at our best in terms of fluency and possession. However, the contributions of three individuals, two of whom were on the scoresheet, was very pleasing because they are now showing they have what it takes to make it at this level after stepping up from a lower standard. Chris Erskine is a different type of player from others here. Yes, he's a little bit unorthodox, but he showed with a great first touch for his goal at Tannadice how important he can be for us. His spell on loan at Parfick Thistle last season was key, as those six months allowed him to adapt to playing at the top level.

I was also delighted that Blair Spittal scored his first goal in tangerine and I thought young Callum Morris performed particularly well in defence. When I was at Partick Thistle I watched him for a couple of years at Dunfermline and he has been outstanding for us this season. He was instrumental in the team topping off the win at New Love Street with another clean sheet away from home. This afternoon we welcome Hamilton Accies who sit in second place, ahead of us on goal difference. They've surprised most pundits with their excellent start to the season and, like us, have won four of their five opening games. It seems they have maintained the momentum that saw them finish last season by defeating Hibs to gain promotion. They have more than held their own so far, so it should be an interesting contest. We'll certainly have to be
patient and be at our best if we are to continue our good start and put an end to Accies' four-game winning streak. Enjoy the game.