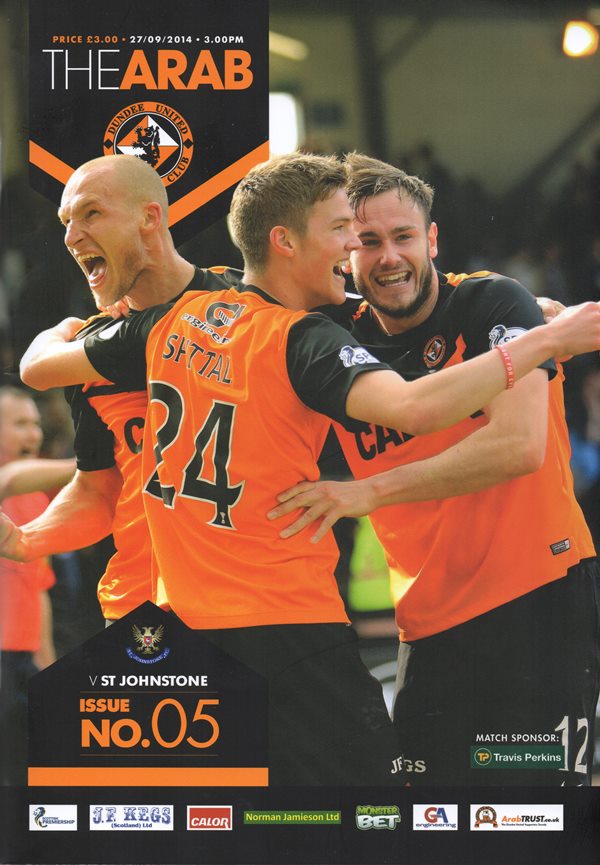 United completed a fantastic week's work with a third victory in the space of 6 days that left them top of the league. McNamara mixed things up again in the front four with Chris Erskine, Mario Bilate, Ryan Dow and Nadir Çiftçi leading the attacking charge.

United looked strong and compact in the early stages shooting up hill but it was a spark of genius that provided them with the opening goal. Midway through the first half Cierzniak grasped a corner and set about a devastating counter attack with a log through towards Ciftci. The big Turk moved toward the throw but let the ball continue through his legs and was quick enough to turn the defender and give himself the space to progress deep into the Saints half. With options running out he noticed Erskine racing in on his right side and a neat lay off allowed Chris Erskine to slot home for the opener.

It was another breathtaking counter that enabled United to double their lead. Again Ciftci was influential. A neat one-two with Erskine in the Saints half provided space for Ciftci to press towards the St Johnstone penalty area. An overlapping run by Watson was the outlet for Citci and when the full back cut the ball across the goal, it was Paul Paton who capitalised. His right foot first time effort crashed in off the post to seal the victory for the tangerines.

Manager's Comment:
"The areas where they hurt us last season, I think we've strengthened. We were solid enough and I don't think they really caused us problems defensively."

Fan's Comment:
"After the issues we had with St Johnstone last season, it was just nice to collect the full three points. Chris Erskine has been player of the season to date and you cannot help but be impressed with his finishing prowess." 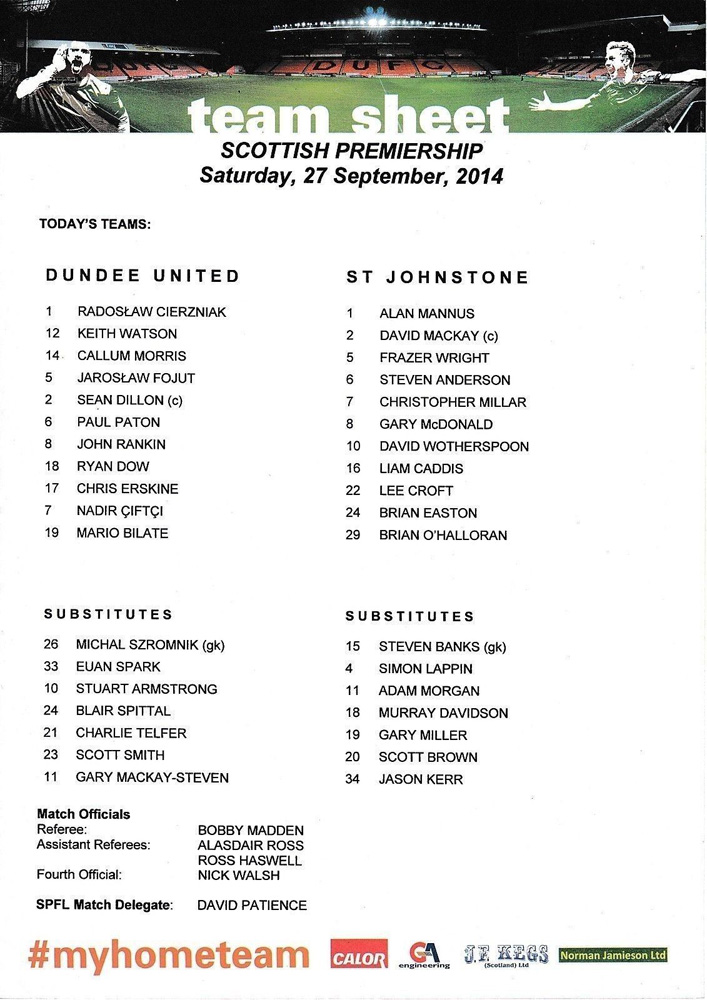 It is a nice feeling to find ourselves top of the league after seven games, especially as the fixture list gave us such a difficult start. Not many people I would suspect would have envisaged us being up there. Reflecting on last year, it was at this time that we really started clicking in as a team up at Ross County. So hopetully, we do the same again However, this afternoon we will have to get the better of a St Johnstone side that came out on top too often against us last season. Overall, games against them were disappointing, especially the two defeats at McDiarmid Park. Sandwiched between those, they defeated us by the only goal of the game at Tannadice which was a very frustrating night. There was nothing between the sides, but they still came out on top. And, of course, I hove no need, or wish, to remind anybody what happened last time the two clubs met at Hompden last May! That completed a very successful season for Saints, so hopefully this afternoon we can start to redress the balance.

Both teams go into today's game after reaching the quarter finals of the League Cup in midweek. In our case it was with more than o sigh of relief to get over the line against Dundee. With them playing so long with ten men, it proved a frustrating night all round. But I think you give them credit for how hard they worked; and gave everything for Paul Hartley. They started the better, were on the front foot and winning most of the second balls. Undoubtedly, the red card when Stu was brought down changed the game. To be honest, we were beginning to think it was going to be one of those nights. Especially when you think we've hit the woodwork three times as well as having a couple of efforts cleared off the line. In fact, before he got the winner, Jarek actually had a couple of earlier chances. And I'm delighted for him because he's been excellent for us.

In terms of our overall performance, there is no doubt that we can play an awful lot better, but you have to admire their battling qualities that made it so difficult for us. But we also mode life difficult for ourselves by coming too deep for the ball, which made it easier for them. As a result most of our goal attempts were from outside the penalty box, so you con understand that being a derby, progressing to the next round was all important. Now we face another difficult derby and an improved performance from Wednesday is essential if our table topping tenure is to be extended.