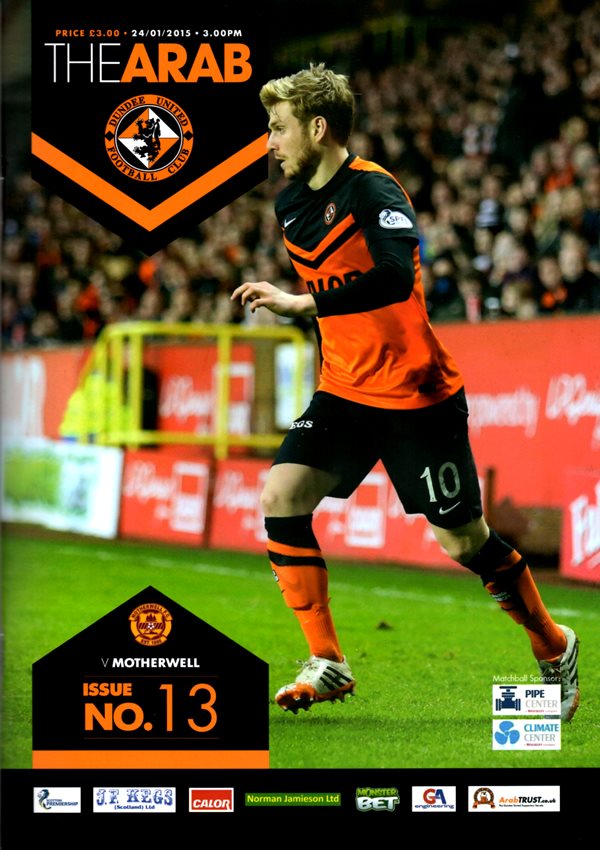 United made seven changes coming into this one with youngsters Spittal, Connolly and Telfer all in the side. Motherwell made just the two changes.

The first half was a quiet affair and it wasn't until the 38th minute before Blair Spittal tested Dan Twardzik. He drove into the box and forced the keeper to dive to his right to push away the shot.There was controversy two minutes from half time when Motherwell thought they had gone in front. Stephen Pearson broke on the left and cut across to Sutton, who was challenged by Sean Dillon as he fired a shot towards goal. Callum Morris cleared on the line but it was hard to tell whether the ball had already crossed the line. Initially, the referee awarded the goal before a quick chat with the linesman resulted in the effort being disallowed.

United were better in the second half and went ahead just after the hour when Charlie Telfer controlled the ball 25 yards out before firing in a low effort past Twardzik. Polish centre-half Jarek Fojut doubled the lead with a powerful header from a corner seven minutes later. Simon Ramsden pulled Motherwell back into the game with a neat volley from 14 yards. However, United sealed the win in stoppage time. Ryan Dow powered down the left side and laid the ball into Charlie Telfer's path to allow him to pass home from 18 yards.

Manager's Comment:
"Charlie has settled in really well and looks like an experienced player, even though he's still only young. He took his two goals really well and his overall creative play was very impressive. His passing and intelligence on the ball was there for all to see. He is getting better game by game. It was a hard fought win and it's a great three points for us. Motherwell were probably the better team in the first 15 minutes but after that I thought we came into it more and created enough chances to be deserved winners."

Fan's Comment:
“The seven changes didn't help United's fluidity in the first half. It wasn't great fare in the opening 45 minutes. Three points is more important than the performance to keep us in touch with the league's top teams. Charlie Telfer is looking good and the fee we had to pay for him now looks like a snip. Anier looked rusty and hopefully fitness will help his future performances.”

Our form from the turn of the year in which we have remained unbeaten looks impressive, especially as three were difficult away games. However, for different reasons, drawing at Partick and most recently with St Mirren was disappointing. A poor 20 minute spell at Firhill with similar lapses that were also apparent in the St Johnstone game must be eradicated to ensure that we don't give the opposition any encouragement. Particularly galling has been the fact that in all inree instances we were looking very comfortable, only for a bit of naivety on our part to cause us problems. We have been conceding too many goals, but we have been scoring prolifically. As far as I am concerned whether we win 3-2 or 1-0, the most important thing is scoring one more than your opposition. At the start of the season, we were taking a bit of stick. Indeed after a game we were criticised, despite winning 1-0. Other teams get praise for grinding out single goal victories, whereas, for some reason, we come in for criticism for our free flowing football. It is of course, always about getting the right balance at both ends of the park, but the good thing is we are creating a lot of chances, in tandem with that come goals. For example in addition to the three we did score on Monday, their keeper kept out efforts from Armstrong and Erskine and there was header from Butcher and a Nadir effort, and that was all in the second half.

There were several pleasing aspects to Monday's win. Some of our play was good on a difficult pitch and in tricky conditions after rotating the squad with Aidan Connolly, Blair Spittol and Charlie Telfer all starting. And I think rotating the squad is something I will have to do, keep freshening up the team and that will again be the case this coming week with the midweek trip to St Mirren before we face Motherwell here next Saturday. With injuries to Watson, Morris, Souttar and GMS, we need a big squad and with possible suspensions, we are going to need as many bodies available to cope with the demanding programme over the next few weeks, so it is important everybody is ready. GMS is a good example of that because since coming back in the side he has scored four goals in three games. All his goals have come from the same area. At Hamilton it was from a ball inside the full-back as was his goal in the opening game of the season up at Aberdeen. Indeed, the only exception was his fantastic 'cross cum shot' finish in the derby. So he has picked up and is in good form at the moment with his energy and excellent work rate and long may that continue. Another is Stuart Armstrong who has also been amongst the goals and his performance levels have risen, which is good news as is goals coming from all areas of the park. Nadir didn't score at Hamilton, but set up one and scored the equaliser against Thistle. Then, of course, Dillo popped up with his goal for the season, but it was a crucial one because had we not won that game from being two up, it would have been very frustrating!

Even more so was last Wednesday's draw at St Mirren. Whilst there has been transfer speculation about several of our players, one of them, Stuart Armstrong, was our best player. Apart from getting our goal, his awareness and tracking back - two aspects of his game that some people may have previously questioned - were excellent. And there is no doubt that he is a fantastic talent. GMS also did well in certain bits of his game, but Nadir didn't have one of his better games, especially his decision making and he should have scored at least once. Overall, I was disappointed by some of our play, but particularly with manner in which we lost the goal which was of schoolboy error proportions! We made things hard for ourselves. We scored a good goal by keeping things simple, but although we passed up a few more opportunities in the second half, generally there wasn't enough positivity about our play. We should and must do better than that.

That brings us to this afternoon's game with Motherwell which is equally as vital as last Wednesdays. When I first come to the Club making Tannadice a fortress was one of my priorities. And with only a draw againsl Hamilton and a defeat to Aberdeen from ten home outings, that happily, is now the case. However, even if Motherwell are not the force they hove been in recent seasons, there must be a major improvement from Wednesday, if our fine home record is to be maintained.