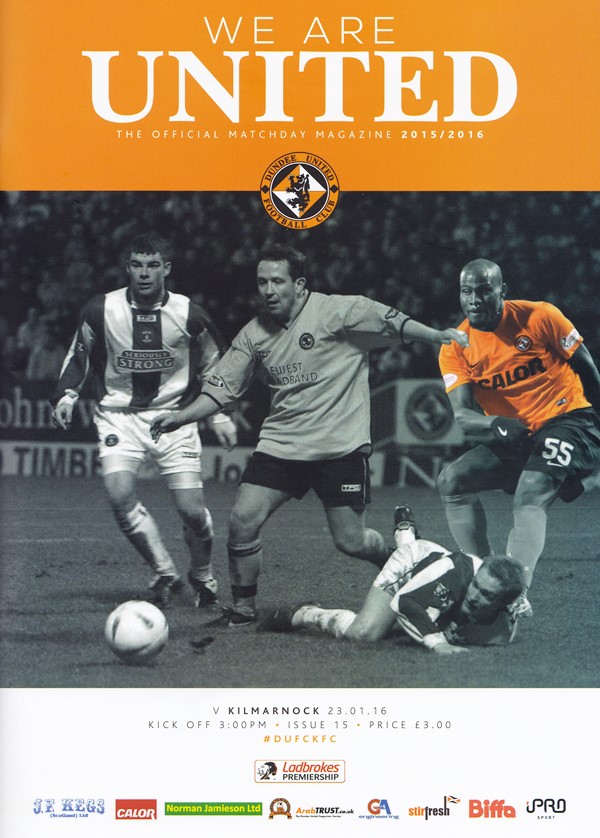 A healthy crowd of almost eight thousand saw United’s best performance of the season as they scored four first half goals, without reply, to blow Kilmarnock away.

The game kicked off at a rapid pace, Murray testing McDonald inside the first minute, but the men from Tannadice were fortunate not to be a goal down in the following minute as Higginbotham found space to pick out the onrushing Josh MaGennis. His effort though did nothing more than direct the ball into the arms of Kawashima in the United goal. Blair Spittal gave United the lead in the eight minute; firstly he won the ball from the Kilmarnock midfield before setting Dow off down the right wing. The returning forward fired a great pass in to the area which was well controlled by Murray. With nowhere to turn the United front man rolled the ball into the path of Spittal who picked his spot in the far corner with a fine, angled drive. Col Donaldson was stretchered off after a clash of heads with Higginbotham in the eleventh minute, at the same time Steven Smith, who had picked up a knock earlier, was also substituted. Durnan and Frizzel were the respective players brought into the action. Simon Murray, was by now worrying the Kilmarnock defence whenever they attempted to control the ball and he appeared to cover every blade of grass in the opening half hour. The former Arbroath player did have the ball in the net in the 16th minute, showing great speed and strength to get to the ball before Balatoni, then showing composure to give McDonald no chance from six yards. Euan Anderson however ruled the goal out for a push on the Killie defender, much to the bemusement of the Tannadice crowd. United’s second goal arrived on thirty one minutes and it was substitute Durnan who scored his first goal of the season, rising to meet a Spittal corner at the near post and flashing a header which could only be palmed into the roof of the net by the goalkeeper. Guy Demel, after appearing to stretch his thigh, was replaced on thirty-two minutes by John Souttar. United were looking more confident and their desire to add the goals their dominance deserved was clear. Murray was trying his luck from 20 yards, then Paton, who was winning tackle after tackle, tried from even farther out, although neither attempt troubled the Killie goal. Five minutes before the break it was 3 – 0, again the scorer was Spittal, who took out two Kilmarnock defenders before whipping in a cross which was missed by everyone include Jamie McDonald and the ball nestled into the same spot as his first goal. Seconds before the half time whistle John Rankin rifled in a fine fourth, meeting the ball on the volley perfectly from six yards out. It must have been United’s day as it was his right foot too.

The second half did not begin at the same frenetic pace as the first, United were keen to sit on their lead and try to pick Kilmarnock off on the break, Murray and Mckay were quick to offer runs which stretched the Killie defence all over the park. The first chance of the half fell to the hard working Murray, Rankin and McKay combining to cross to the back post, only for the strikers header to loop high over the bar. Craig Slater had an attempt which was well saved before United broke with lightning speed, Mckay though will be unhappy that he did not really test the keeper as he showed strength and skill to keep the ball in play. Spittal then set up Gunning whose effort in front of goal was deflected away. By now United were again in complete control, attacking at will and winning the ball back at their leisure. Kilmarnock’s last attempt to change the flow of the game was to bring on Obadeyi, for the ineffective Higginbotham. The only real contribution made by the substitute was to give the opportunity for a penalty claim to United, as the ball struck his hand, but the referee ignored the protests of both players and the vocal supporters. The Terrors’ fifth and final goal was scored by club captain Sean Dillon, who played a great one two with Murray, got the break of the ball off a Killie defender, then played another one two with Mckay, before poking the ball past a stranded Jamie McDonald. Dow who had lasted well, given his long absence, was replaced by Finnish winger Riski in the eightieth minute. Kilmarnock did get a consolation back; after a series of corners and a great save by Kawashima, Josh Magennis rose at the front post to fish well from a Slater cross. United controlled the remainder of the match and the United fans saved the loudest cheer for the final whistle as the Tangerines had ran out easy winners. 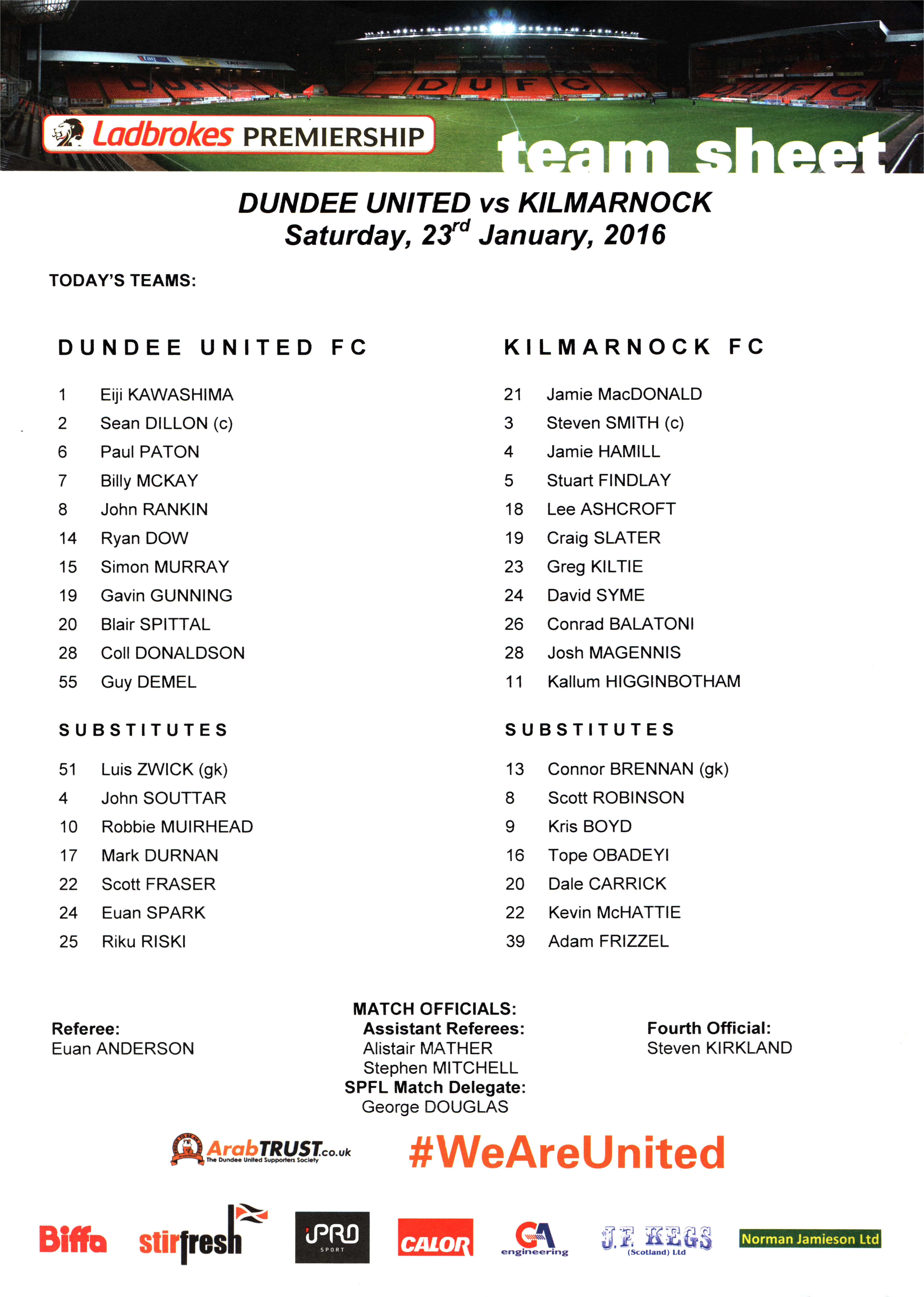