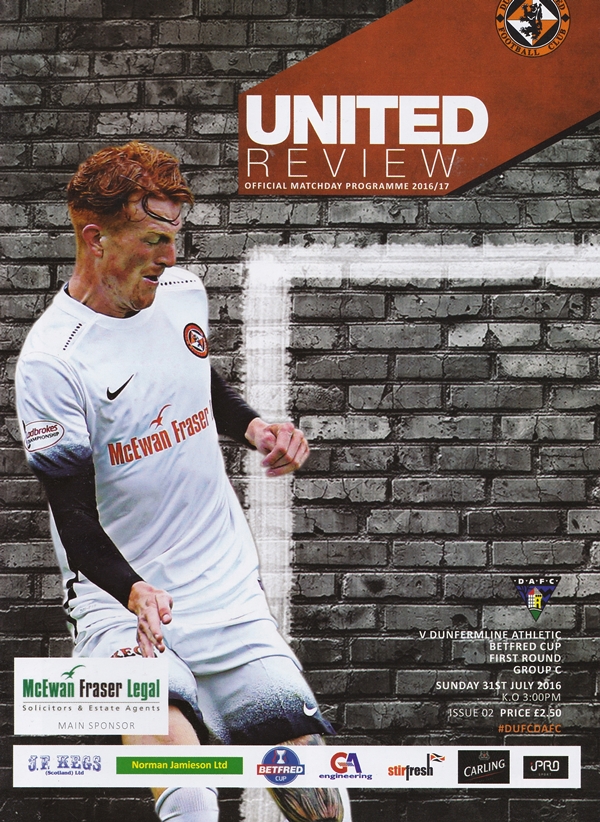 Dundee United went into their final League Cup group game against Dunfermline knowing that anything other than a defeat in normal time would mean progression to the last 16. Indeed, an unlikely win by at least eight goals would see United win the group! There were three changes from the win on penalties in Inverness, with Jamie Robson making only his second start form United, and his second start against Dunfermline. Scott Fraser and Tope Obadeyi came in for the unwell Cammy Smith and Blair Spittal, who was relegated to the bench.

United started the game very brightly, and nearly took the lead after five minutes. After some great play from Obadeyi on the left, he played in Fraser and Simon Murray had the ball nicked off his toe by Dunfermline keeper David Hutton before he could stab the ball into the net. Two minutes later, Murray fluffed an excellent chance when a short backpass from Rhys McCabe gave him a clear run on goal, but his finish was poor and allowed Hutton to save. Although Dunfermline began to come into the game, United created another chance on 14 minutes when Fraser had a volley from 18 yards blocked by a defender. Soon after, he shot over the bar after a mazy run. After 20 minutes, Murray almost created another opportunity, although he could not get space for a shot despite some excellent close control in the Dunfermline box. The next chance was a fantastic cutback from Willo Flood, which unfortunately had no takers in the middle. Around the half hour mark, a shot from outside the box by Nick Van der Velden fizzed just past the post with Hutton well beaten. Dunfermline were on the attack just two minutes later when Kallum Higginbotham’s corner was met by the head of Ben Richards-Everton but the header was saved by Cammy Bell. United then survived a penalty shout when Joe Cardle went down under pressure from Lewis Toshney, however in truth any contact there may have been was outside the box, and Cardle’s elaborate delayed reaction did not do his cause any favours. Van der Velden tried his luck again from distance for United and Hutton could only hang on to the ball at the second attempt. The first half finished with Wedderburn nodding over for the Pars.

United finally got the goal their pressure deserved on 49 minutes. Good work from Jamie Robson saw him swing an excellent cross over from the left. The ball was flicked on by Obadeyi and Simon Murray was left with the simple task of heading home from six yards out. Five minutes later, Bell saved well from Lee Ashcroft, although the Dunfermline defender was ruled offside. Willo Flood then sent a fierce drive from outside the box just wide. On 62 minutes, Obadeyi raced upfield and was unlucky to see his shot go by the far post by a few inches then Flood sent another shot over after a sweeping move started by Fraser. On 77 minutes, Flood had yet another shot, which this time forced a save from David Hutton. The home side continued to press, and while they dominated the game there was always the possibility of a sucker punch from Dunfermline for as long as it only remained 1-0, although the away side did need to score twice to deny United a place in the next round. The win was finally sealed with seven minutes left by a superb free kick from Scott Fraser, who was excellent throughout, giving United the margin of victory they deserved on the balance of play. Substitute Henri Anier was fouled by Richards-Everton, and Fraser curled a magnificent free kick into the top right corner of the net from 20 yards out to seal United’s progression to the last 16 as one of the best four group runners-up. 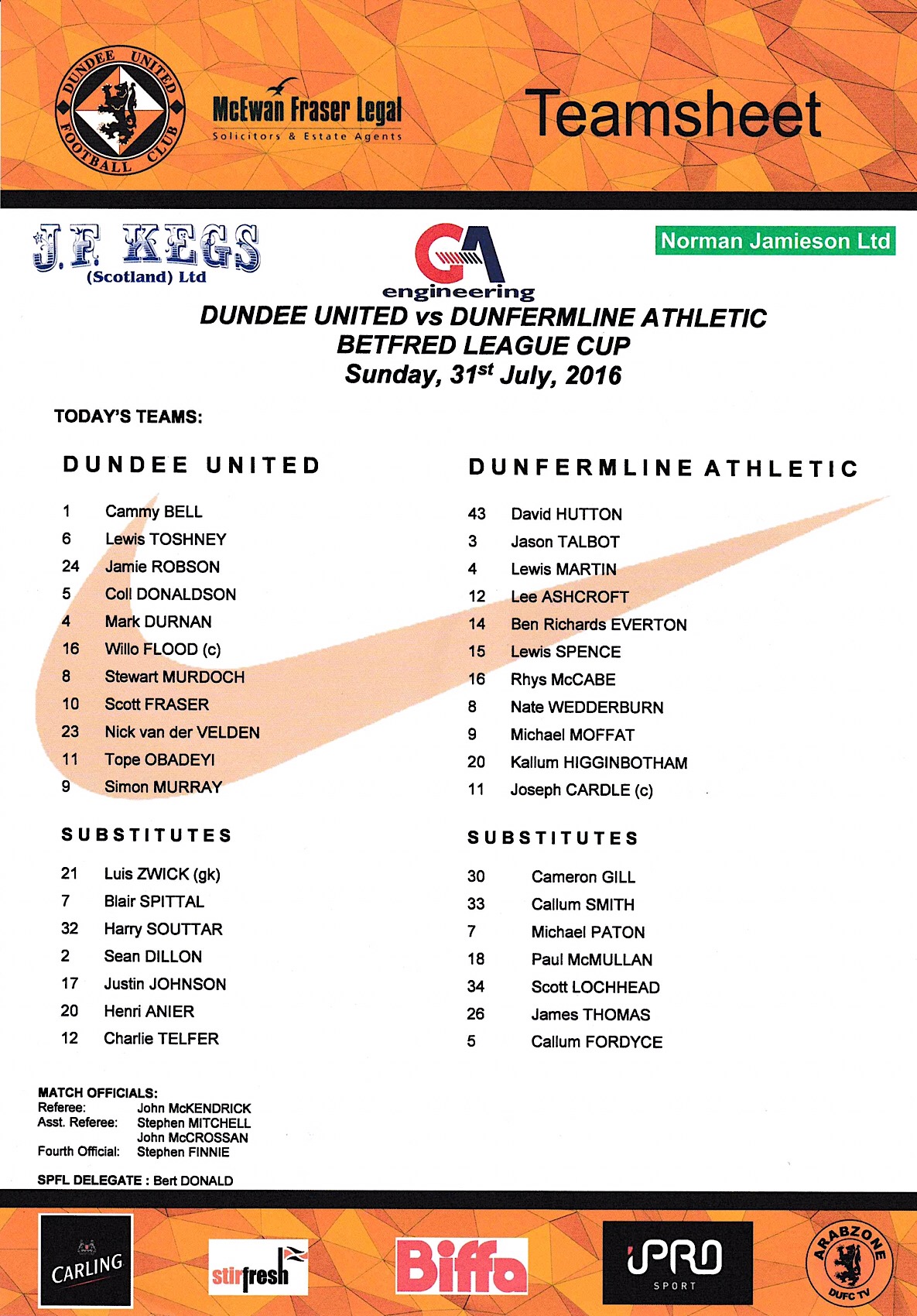