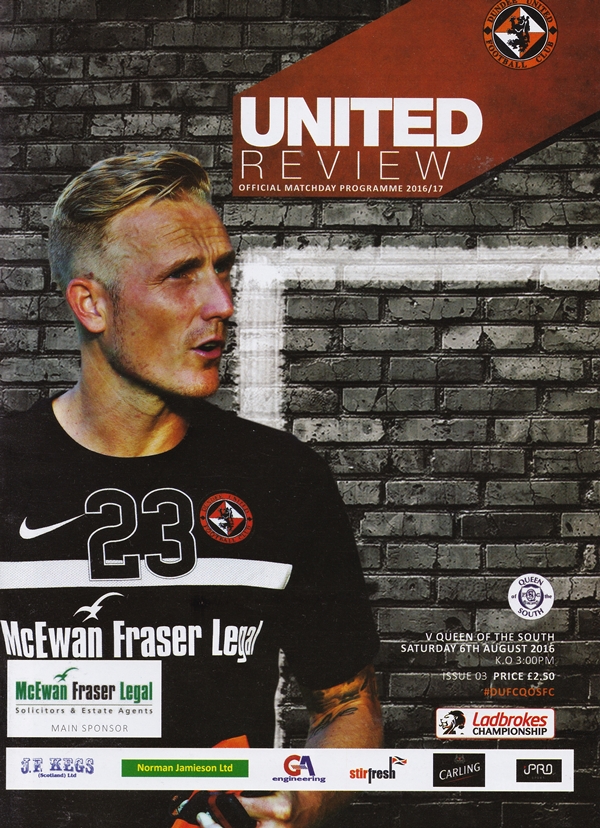 Dundee United started their Championship campaign with a frustrating draw against an enterprising Queen of the South. The home side made one change from the victory over Dunfermline, with Sean Dillon and Cammy Smith replacing the injured Lewis Toshney and the suspended Scott Fraser. Before kick-off, there was a ceremony inside the Eddie Thompson Stand to mark the opening of the Derek Robertson Concourse, named after the late director.

The away side had the better of things early on, with United looking a little lethargic in the early stages. Kyle Jacobs had the first serious shot of the match on 26 minutes, with Cammy Bell saving his 25-yard strike. The hosts finally had an attempt at goal on 32 minutes when Nick Van der Velden floated a freekick in from the left. The Dutchman’s cross was a good one and reached the head of Mark Durnan, only for goalie Lee Robinson to save. Tope Obadeyi threatened to liven things up on 38 minutes when he showed great pace to run down the right and cut the ball back, but there were no takers in the middle. Five minutes before half time, Lyndon Dykes, who had shown flashes of strength and pace down the left, suddenly powered unopposed into the United penalty box. His fierce shot was parried by Cammy Bell, but it fell kindly for former United midfielder Mark Millar, who stroked the ball home from ten yards out to give Queens a deserved lead.

A jolt of energy and a good deal more directness was required if United were going to get back into this game and the second half saw a huge improvement. Obedayi showed some decent acceleration with a couple of runs which lifted the home fans, who were badly in need of something to lift them by this stage. The equaliser, when it came on 58 minutes, had a style and panache entirely out of keeping with the game. The ball was played across the box by Stewart Murdoch and landed at the feet of Nick Van der Velden at the back post. Showing incredible skill and composure, he first flicked the ball into the air with his right foot, then his left, before drilling a half volley past Lee Robinson in the Queens goal. The goal seemed to galvanise United, and for the first time since the game started they began to dominate possession. Suddenly United had Queens under siege and Obedayi , who Queens right back Jamie Hamill will probably have nightmares about for weeks to come, so nearly delivered as he cracked in a shot which Robinson somehow managed to flick on to his near post. Moments later the visitors’ keeper was clawing away another vicious effort from Cammy Smith. Van der Velden shredded the away defence down the left flank and Smith managed to screw the resulting cut-back wide of the target when it looked almost impossible to miss. The visitors somehow clung on though and Stephen Dobbie almost turned the clock back with a classic piece of back-post poaching, his close range shot somehow deflected over the bar by Bell in what was the final chance of the game, leaving both sides with a point apiece. 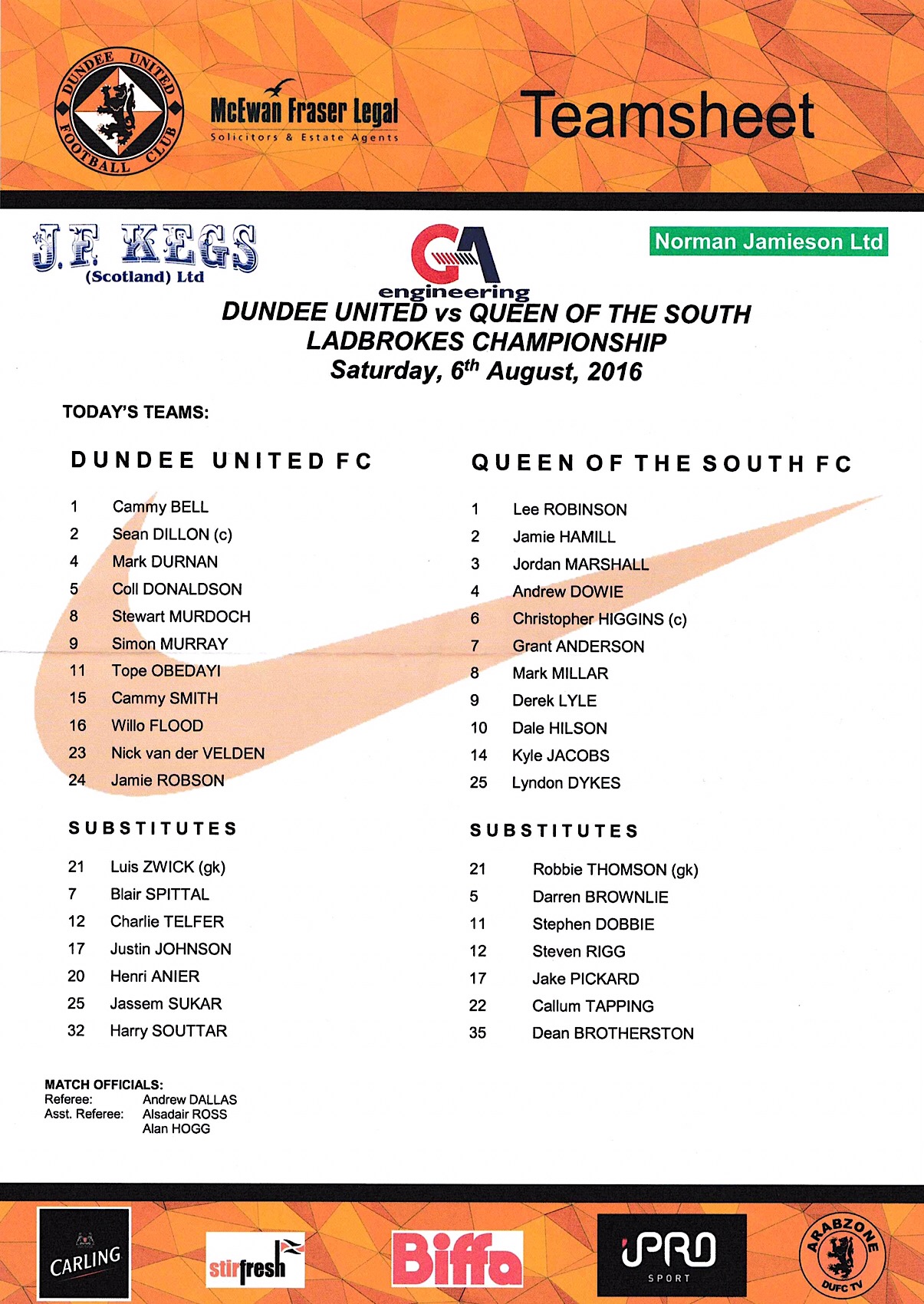