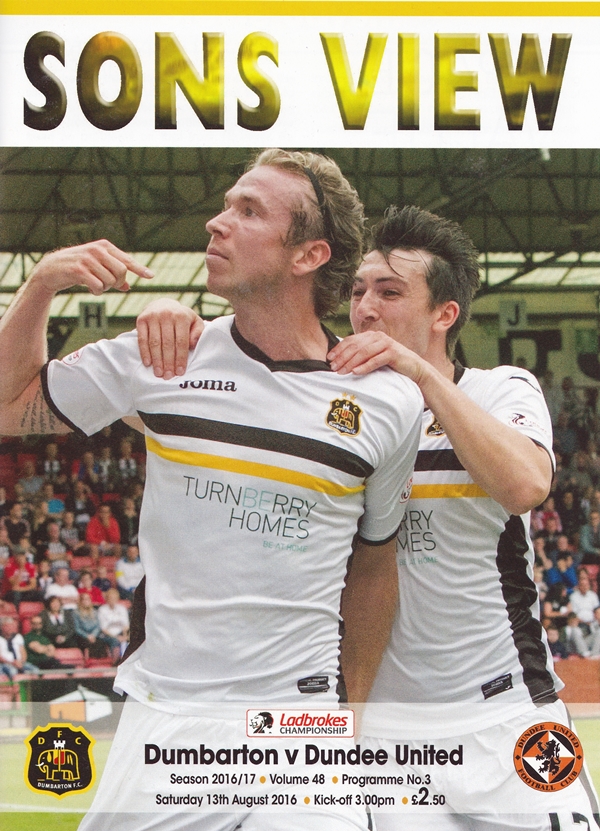 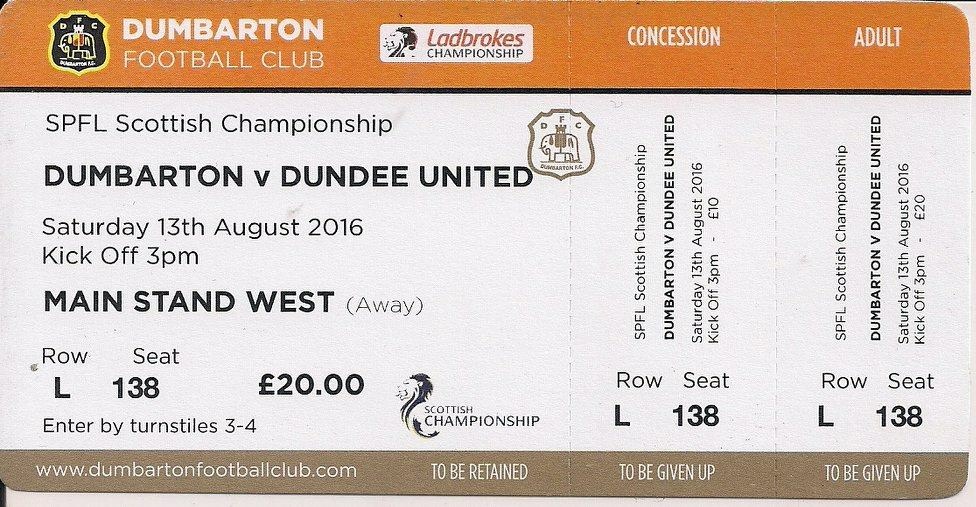 Dundee United made their first trip to Dumbarton on league business for over 20 years off the back of their excellent League Cup win over Partick Thistle. The team, perhaps unsurprisingly, was unchanged from that win with Nick Van der Velden having to settle for a place on the bench on his return from suspension.

Perhaps buoyed by that win, United started with a lot of possession football, without ever really getting into a position to test the Dumbarton defence. They dominated possession early on, although it was all rather tepid. Blair Spittal had a header deflected over and Scott Fraser missed a half chance from inside the area. Slowly, Dumbarton began to come into the game. After 35 minutes, United’s long standing vulnerability from set pieces reared its head again, when a bit of pinball ended with Gregor Buchanan blasting a shot just over from the edge of the box. United nearly got lucky just before half time when a Tope Obadeyi cross was nearly fumbled into his own net by Alan Martin in the home goal, but the ball squirmed just wide. Any hope that the second half would bring an improvement was misplaced.

If anything, the United performance actually deteriorated after half time. Perhaps recognising how poorly United were playing, Dumbarton began to take control of the game. Former United player Robert Thomson was first to get a perfect opportunity to open the scoring but ruined it with a feeble kick that sent the ball straight into the hands of Cammy Bell. Eight minutes into the half, Mark Durnan conceded a free kick on the edge of the box, which was smashed off the crossbar by Ryan Stevenson. From the resulting corner, Buchanan was tugged down by Mark Durnan and a penalty was awarded, with Cammy Bell being booked for his protests. Mark Docherty, who had scored two penalties in Dumbarton’s previous match, blasted the ball past Bell to give the home side a deserved lead. After 66 minutes, substitute Simon Murray had an excellent chance to equalise, but his shot squirmed wide. One minute later, a superb ball from fellow substitute Nick Van der Velden picked out Jamie Robson, who saw his excellent volley brilliantly saved by Alan Martin. United continued to press, although not too many opportunities were being created against their resolute opponents. After being fouled just outside the box, Scott Fraser hit a free kick well over the bar. With three minutes left, Coll Donaldson’s shot brought another excellent save out of Martin. Van der Velden then tried a shot from outside the box, but the shot flew wide. This was United’s final chance, and the game ended with a disappointing and frustrating defeat.