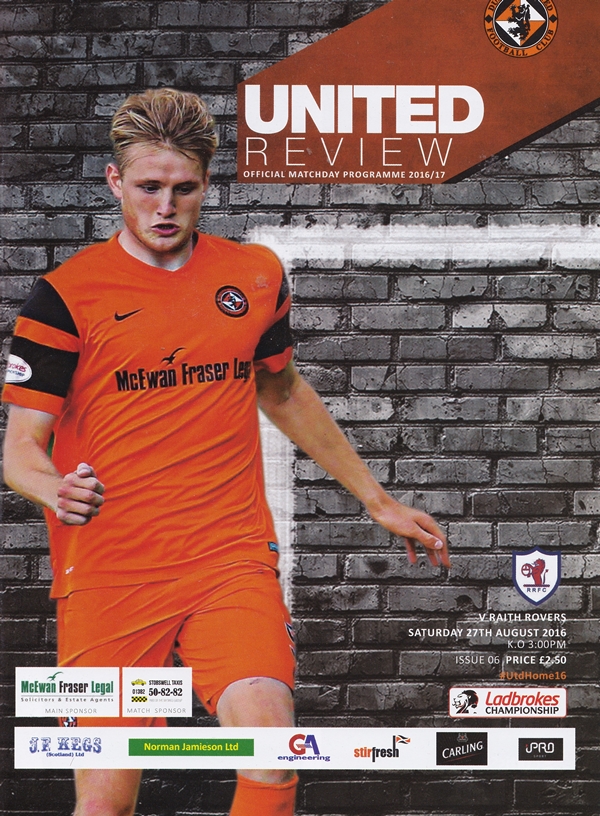 For this match against the unbeaten league leaders, Ray McKinnon named an unchanged side from the victory over Ayr United. Meanwhile, a goalkeeping crisis for Raith Rovers was solved by the signing of former Kilmarnock keeper Conor Brennan on the morning of the game, and he was thrown straight into the starting line up.

If anything, Dundee United started the game even more impressively than they did the week before, with a driving run from Scott Fraser winning United a corner in the first 20 seconds of the game. Cammy Smith was rather unlucky to be booked for diving on the 7th minute by Craig Thomson, as it appeared he was tripped by Raith defender Kevin McHattie after being played in by Simon Murray. Brennan saved well in the 13th minute from a Simon Murray shot, and the follow up from Willo Flood was blocked. Not long after, Fraser rather weakly headed a Jamie Robson cross past the post and this was followed by Cammy Smith hitting the side netting after a good run. The goal finally arrived on 17 minutes. McHattie headed a Fraser free kick only as far as Willo Flood who smashed the ball past Brennan from 20 yards out. The second goal arrived six minutes after the opener. Flood tried to manufacture some space for a shot in the box, before being rather crudely tripped by Declan McManus, and this time Craig Thomson had no hesitation in awarding the penalty. Just like in the previous game, there was a bit of a debate between a couple of the United players over who would take the penalty. Cammy Smith eventually stepped up to send Brennan the wrong way to score his first league goal for the club and give United a two goal lead which they fully merited on the balance of play. Raith coach Darren Jackson was sent to the stands for his protests at the penalty decision. On the half-hour, Kyle Benedictus got himself in a muddle just outside his own box and was caught in possession by Murray. The ball was then played to Van der Velden but the flag went up for offside. With the away team’s first chance, Kevin McHattie saw his shot deflected wide by Sean Dillon.
For the second week in a row, the United players could not sustain their early levels of intensity, and this week they paid the price by losing a goal eight minutes before half time. A free kick was punched clear rather weakly by Cammy Bell, and Rangers loanee Jordan Thompson brilliantly volleyed the ball into the net on the volley from the edge of the penalty area.

The goal seemed to both galvanise the away side and spook the home side. Three minutes into the second half, Coll Donaldson made a hash of an attempted clearance, and the loose ball would have been put away by Declan McManus but for a good save from Bell. Rovers continued to create chances, with Lewis Vaughan sending a free kick just over the bar, followed by Jean-Yves M’Voto heading the ball just wide. Raith Rovers finally got the equaliser their play deserved on 72 minutes, and it was another fantastic goal. McManus turned Donaldson before laying the ball off to Kevin McHattie around 25 yards from goal, and he drilled a stunning left foot shot past the helpless Cammy Bell. There were a couple of half chances after that. Nick van der Velden was sent through by a wonderful through ball from Cammy Smith, but his shot from a tight angle was blocked by the legs of Rovers goalkeeper Conor Brennan. Late on, former United player Rudi Skacel sent a looping header just over the bar. In the end, both sides had to settle for a point apiece, with Raith Rovers undoubtedly being the happier of the two teams given how the first 35 minutes had gone. 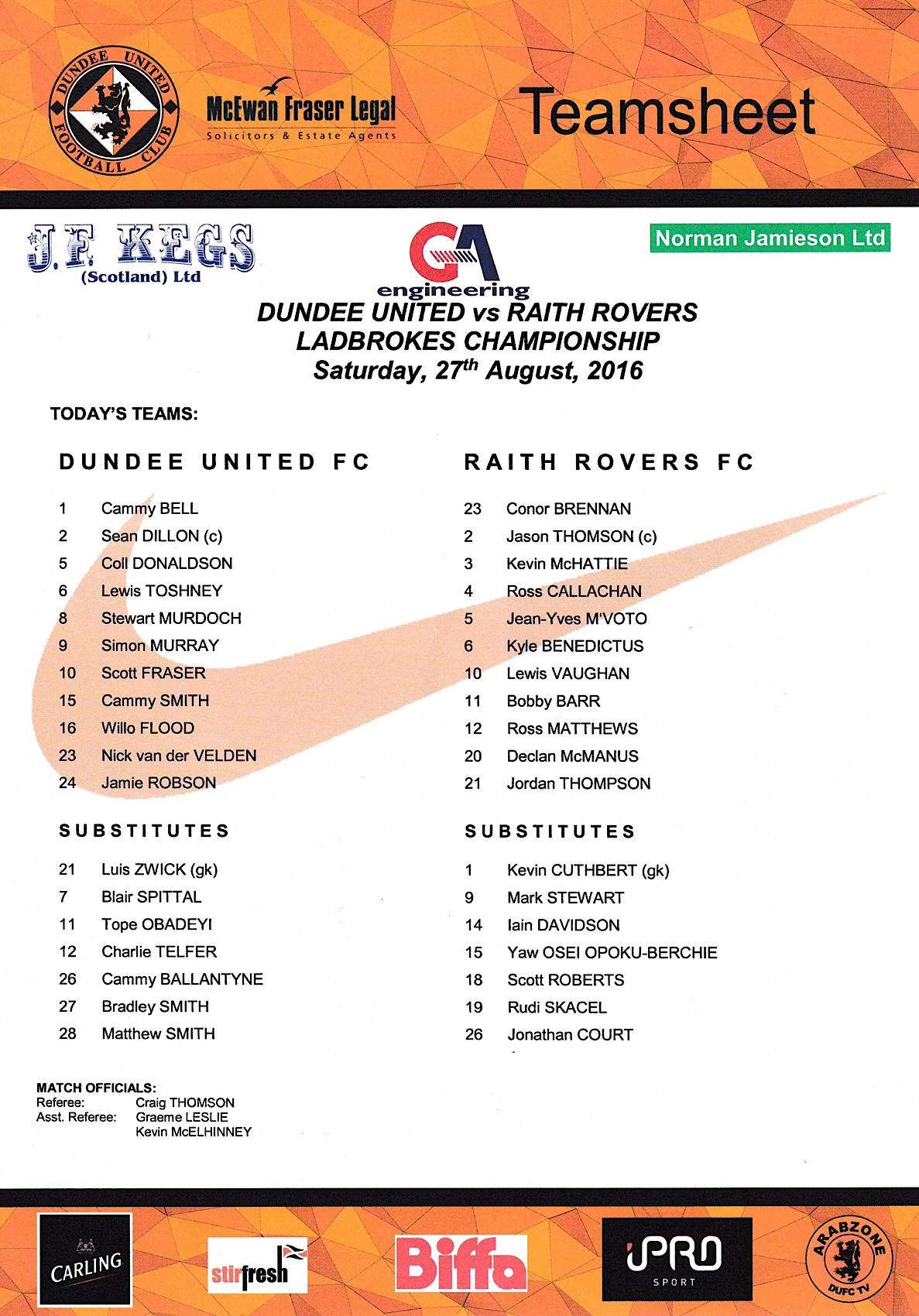