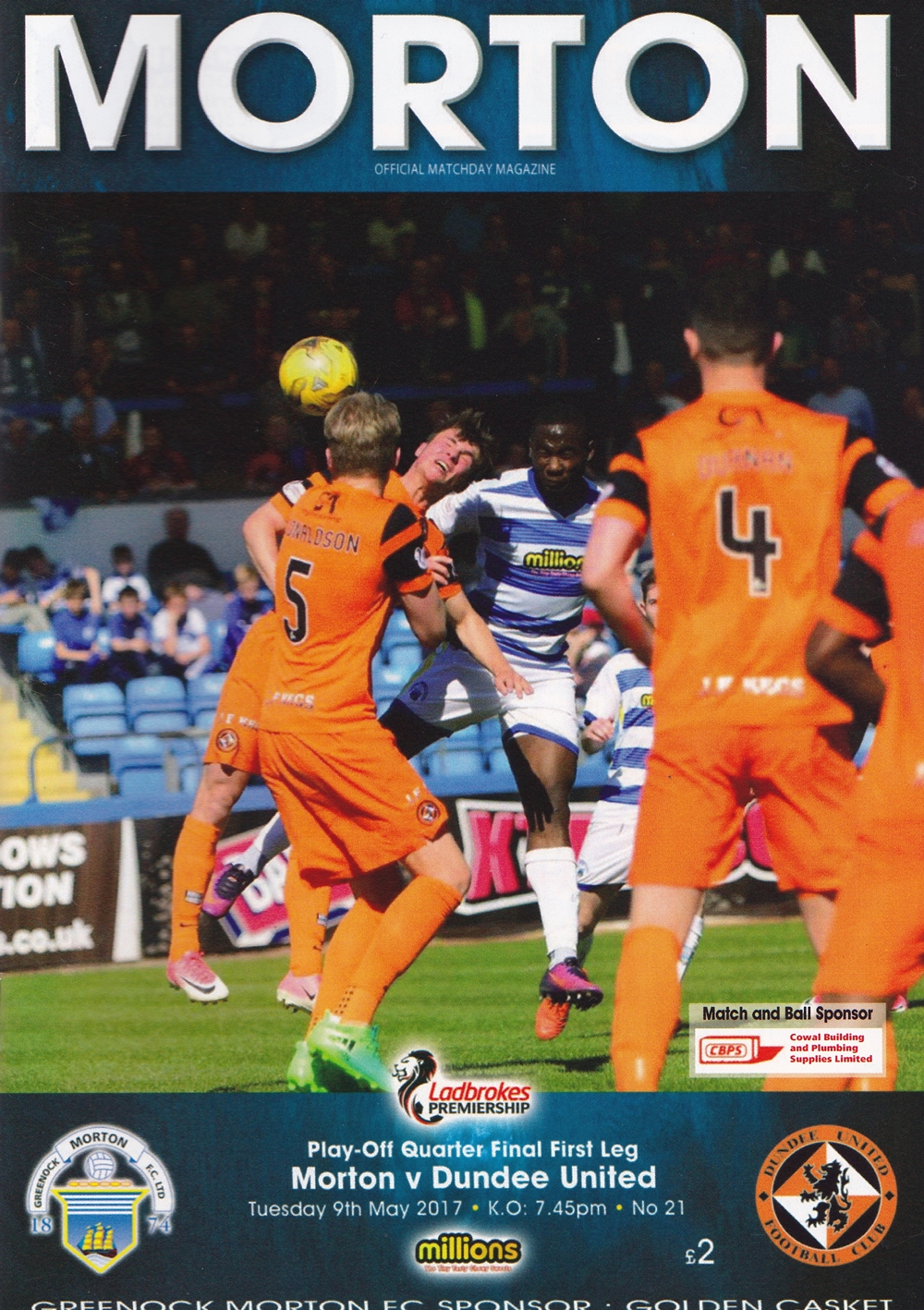 Ray McKinnon’s Dundee United travelled to the west coast to face Jim Duffy’s Greenock Morton for the second time in four days. Having only managed a 1-1 draw against the ‘Ton in the league on Saturday, the Terrors had finished third in the Scottish Championship and now had to face fourth placed Morton in the Quarter Final of the Premiership Play-off. McKinnon made two changes to his line-up with both Simon Murray and William Edjenguélé returning from suspension with Ali Coote and Coll Donaldson dropping to the bench. Alternatively, Jim Duffy made five changes to his starting eleven with Gaston, Lindsay, Tidser, Oliver and Shankland all coming in for Halliwell, Doyle, Strapp, Oyenuga and Scullion.

With the low evening sun setting on Cappielow Park, Dundee United and Morton kicked off this season’s Championship Play off Quarter Final 1st leg. United started positively, winning a corner in first 30 seconds, which resulted in a Mikkelsen shot flying over the bar. However, against the early run of play, after 7 minutes, Morton took the lead. A long throw in from the right all too easily beat the United defence and Thomas O’Ware headed powerfully past Bell. Mikkelsen again got a shot off as he swivelled from a tight angle but Gaston saved easily. Morton were using the low sun to their advantage as Tidser cracked a 30 yard shot off the bar with Bell beaten. Morton continued to press and almost scored a second on 23 minutes as Oliver nipped in at Bell’s front post, but the United keeper had it covered. At this stage the early match promise seemed a long time ago! On 30 mins Morton had a penalty claim waved away by Collum as Forbes went down under an Edjenguele challenge. United continued to struggle facing the low sun, with Durnan saving Edjenguele blushes with a timely interception after being dispossessed by Shankland. The best that can be said at half time was that United were still in the game.

United started the half with renewed vigour and on 50 minutes were level in spectacular fashion. Simon Murray collected the ball on the left side of the Morton penalty area, swivelled and fired a truly fantastic drive into the top corner. On 56 minutes, the move of the match almost put United in front. Wonderful interchanges with Flood and Andreu led to a rare Willo Flood shot from 10 yards, bringing out a good save from Gaston. United were now looking more dangerous, and following a quick counter attack, a Robson cross was narrowly missed by Murray as he attempted a back flick. It didn’t take long, however, before United were in front and once again it was in spectacular fashion! As United enjoyed a period of sustained pressure, the ball fell to Blair Spittal. From fully 25 yards, he drove low into the bottom left corner, sending United supporters into raptures. As United continued to dominate, Morton were lucky to avoid a red card. Lamie was dispossessed by Mikkelsen and as the striker headed for goal, he was cynically pulled back. Referee Collum decided on yellow, deeming another Morton defender in the area. United continued to be the more composed as the game reached its final stages and Simon Murray, in the mood for the spectacular, volleyed just over, then Kaute drove through on goal, firing just wide. The United support were in full voice as the referee blew for full time as United saw out injury time to record a well-deserved first leg, 2:1 win.