United commenced their 2017/18 campaign with a home game in the Betfred Cup against Raith Rovers. The team contained six players making their debuts for United, with four further new players on the bench. Indeed, of the starting eleven only William Edjenguele and Mark Durnan started Dundee United’s previous competitive fixture in Hamilton only seven weeks earlier.

There was nearly a dream start for United, when in the opening minute Paul McMullan sprinted into the area from the left, but his low shot was well saved by Rovers keeper Aaron Lennox.

However, this was a rare highlight from the early period of the game. Perhaps reflecting the fact that both team were still some way short of full fitness, the game took a while to get going. United had the bulk of possession, but play was rather slow and no chances to speak of were being created.

The game was ignited in 29 minutes when a mishit clearance from Deniz Mehmet landed at the feet of Rovers forward Greig Spence around 25 yards from goal. He squared the ball to team-mate Liam Buchanan who appeared to have an open goal to aim, at, but his lobbed shot was brilliantly cleared off the line by a diving header from Mark Durnan.

Buchanan had another good chance soon after, heading rather tamely past the post after a good run and cross from Bobby Barr.

Raith Rovers started the second half well, however United began to assert themselves as the half drew on. James Keatings hit a good shot on the turn which Lennox did well to hold, and then McMullan saw a glancing header from a tight angle sail over the bar.

Just before the hour mark, some good work on the right from Scott Fraser created the first goal. After turning Kyle Benedictus and driving into the box, he cut the ball back towards Scott Allardice, who in turn passed the ball to Paul McMullan on the edge of the box. He controlled the ball and hit a wonderful curling effort past the helpless Lennox in the Rovers goal for his first goal for the club.

Raith could have been back on level terms within five minutes, when Barr picked out Lewis Vaughan in the penalty box, but his header lacked sufficient pace to beat Deniz.

However, a second goal for United was not long in coming.

Sam Stanton, who had only just come on for Scott Allardice, ran into the box and was rather crudely body checked by Iain Davidson. James Keatings converted the penalty for his first goal for the club, sending Lennox the wrong way.

That was not the end of the chances for United. McMullan created yet another chance, forcing Lennox into a smart save low to his left, and towards the end of the game, substitute Patrick N’Koyi had an effort that was blocked by former United player Scott Robertson. The ball fell to Billy King who had a fierce shot well saved by Lennox.

A late flurry from the away team could not prevent a clean sheet for United, with Deniz redeeming himself to a certain extent for his earlier error with five minutes left with a good save from Buchanan’s effort. 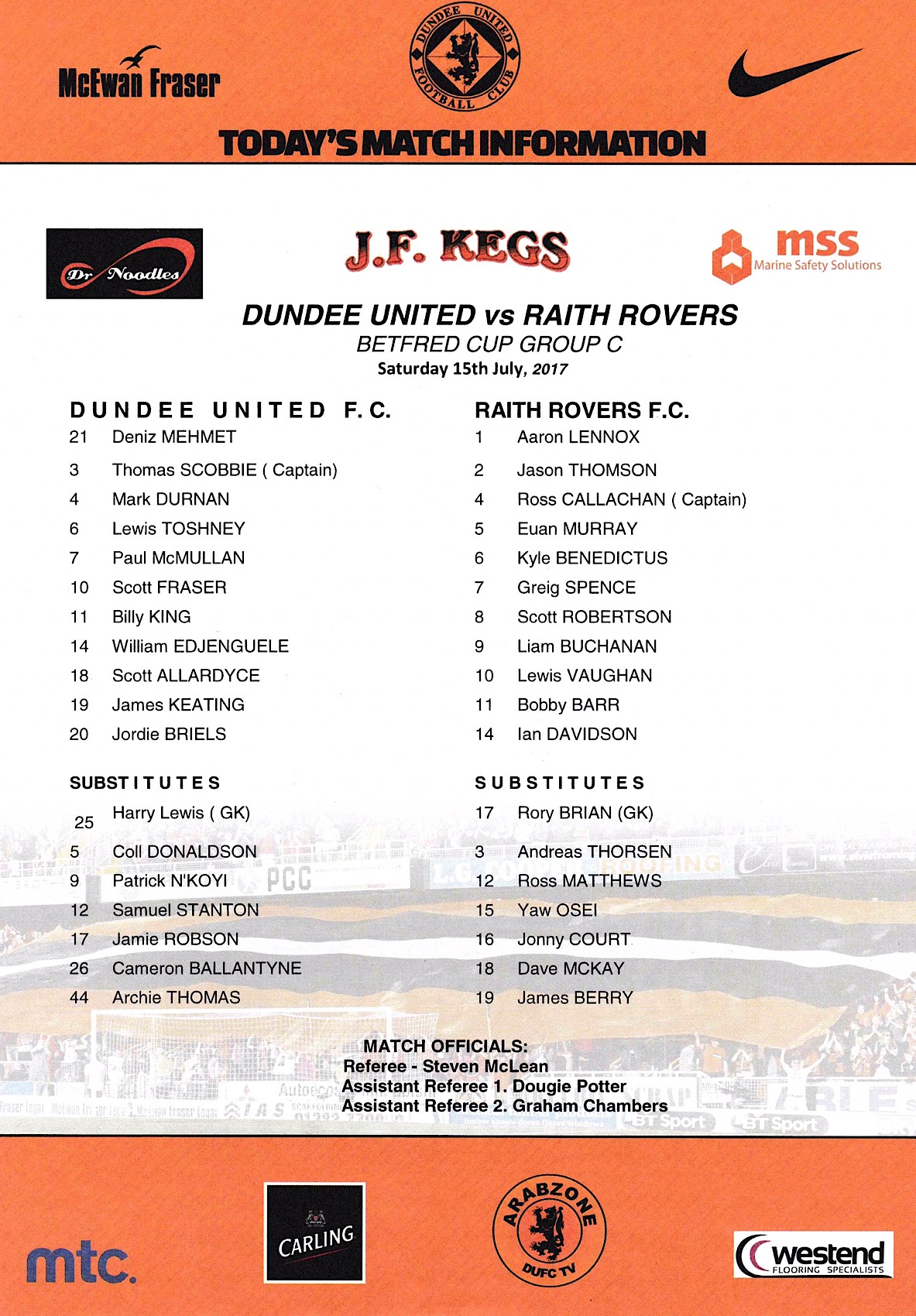