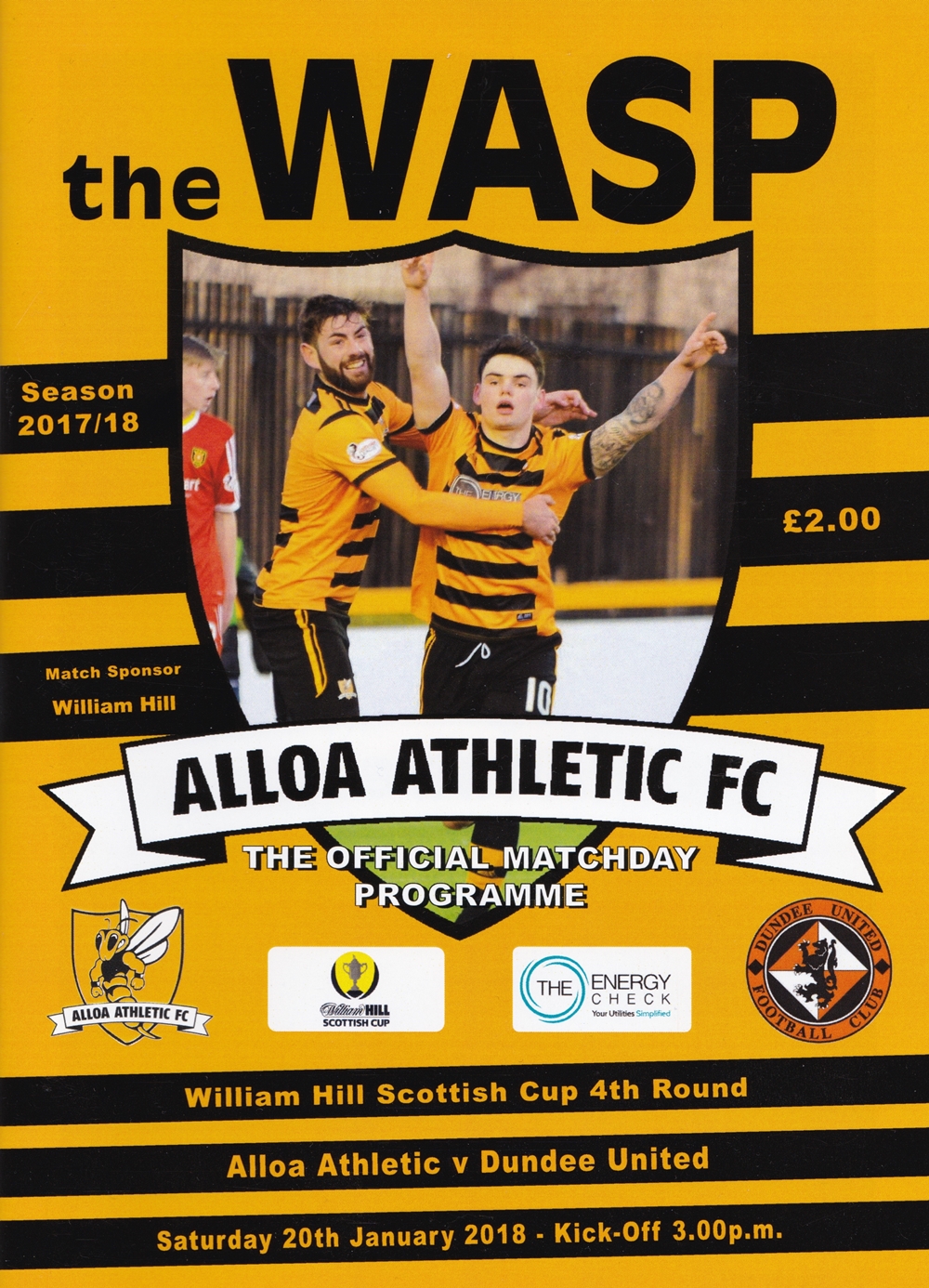 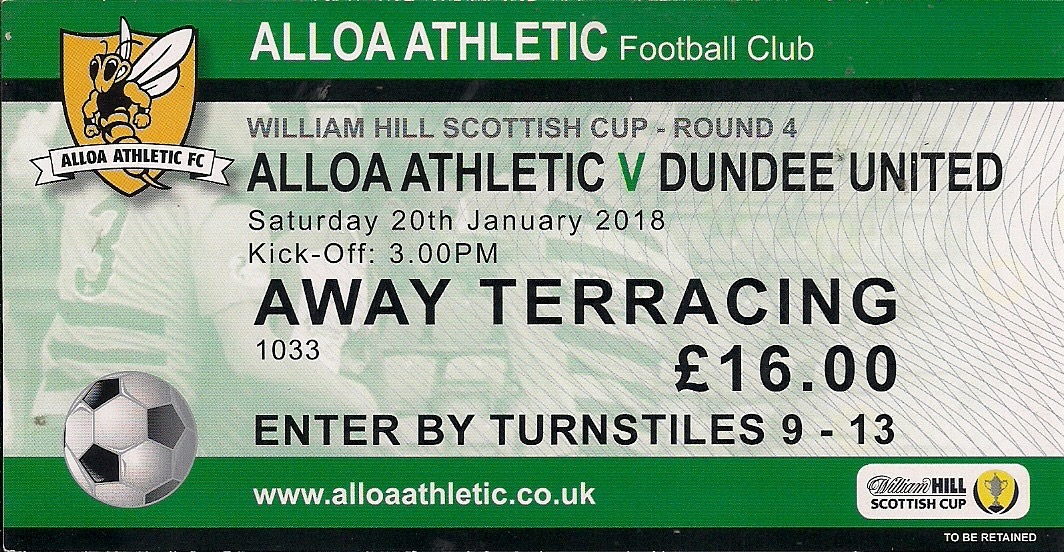 United progressed into the fifth round of the Scottish Cup with a 2-0 win over Alloa Athletic. It was the two clubs’ second meeting of the season after their clash in the Irn Bru Cup, but this was a very different United side from the one that faced the Wasps that day. New signing Thomas Mikkelsen went straight into the starting line up to commence his second spell at the club, with Paul Quinn also returning to the starting line-up. They replaced Paul McMullan, who was dropped to the bench, and the injured Tam Scobbie. Another new signing, the French teenager Idris Kadded, also took a place on the bench.

Alloa Athletic were very much the underdogs in this game, but they should have taken the lead against their more illustrious opponents in the first minute through their own debutant Jordan Kirkpatrick. Kris Renton did well to reach Andy Graham’s ball over the top and sent over a fantastic cross from the right, but Kirkpatrick ballooned his volleyed effort on goal miles over the bar despite being only a couple of yards out. That early scare did not appear to wake up the away side and Alloa had another chance a couple of minutes later, after Mark Durnan’s error allowed Kevin Cawley through on goal, but the striker was crowded out by the United defence as he shaped to shoot. Iain Flannigan then had a shot from outside the area deflected just wide with Harry Lewis well beaten.

United finally began to string a few passes together after that uncertain start, although a mishit Jamie Robson cross which hit the top of the crossbar was the sum total of their chances in the early stages. As the game settled down, Craig Slater had a volley from distance saved by home goalkeeper Neil Parry. Billy King had an effort from outside the box blocked by the home defence after 17 minutes. Three minutes later Sam Stanton curled a shot just wide of Parry’s right-hand post, although the midfielder, who that week had signed a permanent deal at United after spending the first half of the season on loan from Hibernian, perhaps should have done better. United were awarded a free kick two minutes later which was taken by Slater, but his effort on goal was rather weak and Parry saved easily.

Despite those chances, it was the home side who were still the more dangerous of the two teams. After 24 minutes, Kirkpatrick had another good chance for Alloa when he was able to get a shot away inside the area, but Lewis did well to block his attempt with his legs at his near post. Although the home side had looked the more dangerous, one minute before the break it was United who took the lead. Slater swung in a fine delivery from a corner kick on the right, and an unchallenged Mark Durnan rose to power a header into the far corner of the net. Based on the balance of play, United were maybe slightly fortunate to be ahead on half time, but having taken the lead began to take control of the game after half time.

Alloa did begin the second half with a fee kick in a threatening position, but the United defence were able to deal with both that free kick and the subsequent corner kick. As much as United looked in control of the game from then on, they did struggle to create any clear-cut chances to score the second goal which would surely kill off the tie. They did have a great opportunity twelve minutes into the second half. Billy King drilled in a low cross to Scott McDonald, and the striker met the ball perfectly from around six yards out. It looked for all the world like it would be a goal, but somehow Neil Parry saved brilliantly with his legs from point blank range and the chance was gone.

However, United did get their second goal after 63 minutes. Sam Stanton played the ball down the right hand side to Emil Lyng, who fired a shot at goal which deflected off the home defender Callum Crane while he attempted to block, looped over Parry in the Alloa goal and into the net. The goal did not dishearten the home side, and the busy Kirkpatrick almost gave them a route back into the game, when he hit a ferocious dipping volley from outside the box which did have Harry Lewis worried, but his effort went just over the bar. Kris Renton then headed just wide for Alloa from a Scott Taggart cross, although he probably should have hit the target, and from then on it looked as if United would be able to see the game out, with the home side beginning to run out of steam. United came close to adding a third goal a few minutes later, when a Billy King shot was deflected wide. Mark Durnan had a chance to get his second goal of the game from the resultant corner, but his effort was blocked by Jon Robertson. Soon after, a corner from Craig Slater fell to Paul Quinn inside the box, but his volley was deflected wide for another United corner.

With ten minutes to go, Frenchman Idris Kadded made his debut, coming on from Thomas Mikkelsen. He almost made an immediate impact after being played in by Billy King, but his fierce shot from a narrow angle smashed off the Alloa crossbar with Parry well beaten. The final chance of the game fell to the returning Stewart Murdoch, who had come on for Craig Slater. He hit a low shot wide from just outside the area, although there was still time for a penalty claim for the home side when Kevin Cawley appeared to be dragged down in the penalty area by Jamie Robson. The referee waved aside the protests from the Alloa players, and United saw out what little remained of the game for a 2-0 win which saw them progress into the next round. 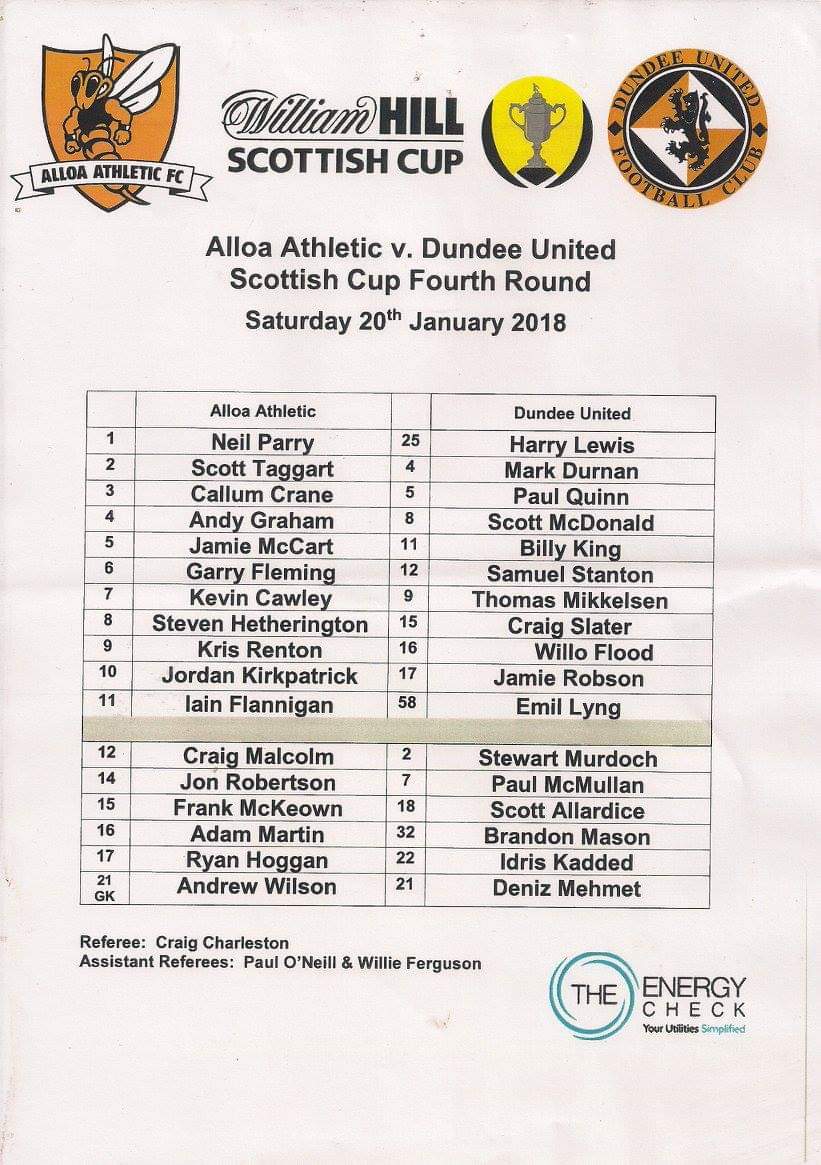