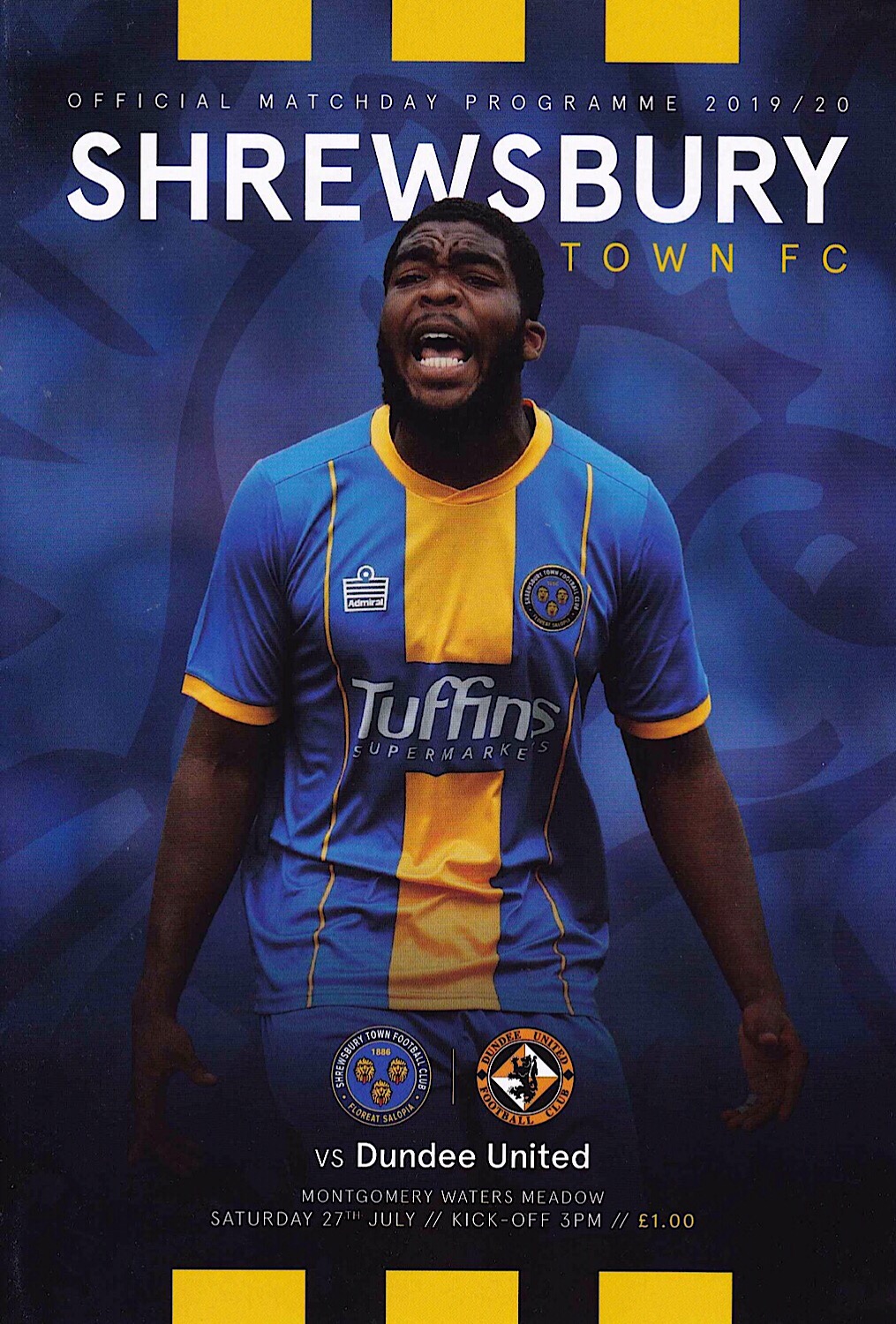 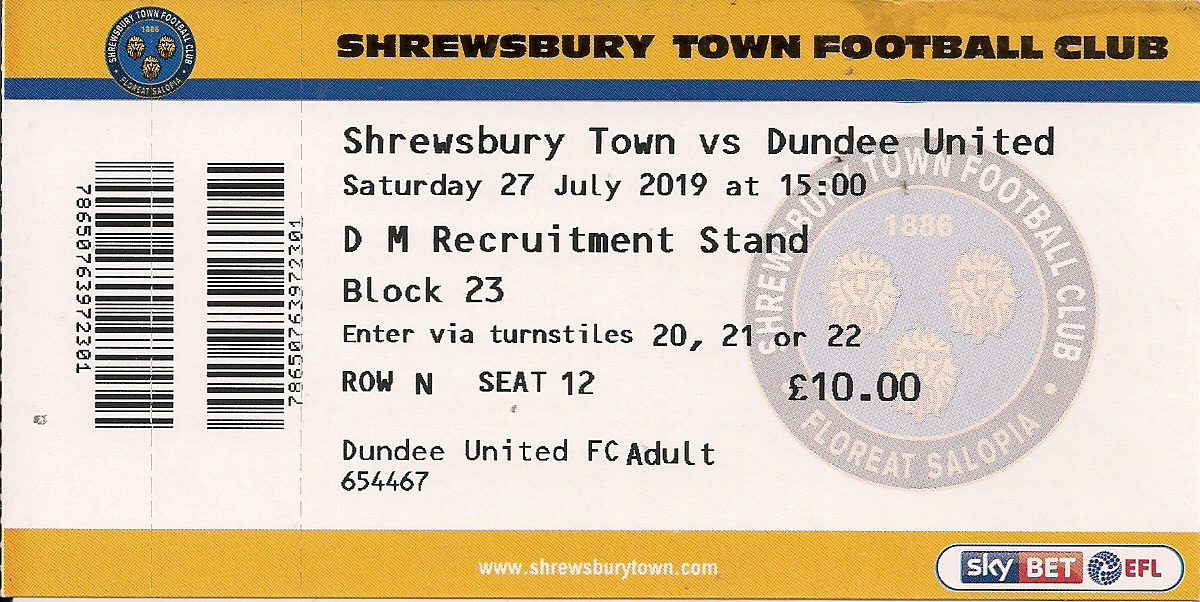 League One Shrewsbury Town came from behind to defeat United in a game which was all about giving as many players as possible game time. Indeed, Robbie Neilson utilised 20 players over the 90 minutes and will have considered the trip a very well worth exercise.The first half was a tale of two penalties, Louis Appere opening the scoring from a penalty with Okenabirhie doing likewise and with the same player grabbing the English club’s winner.

It was a much-changed United side from the one that was on duty against East Fife last Tuesday as Head Coach Robbie Neilson took the opportunity to give as many players as possible game time ahead of the league opener with Inverness next Saturday. Only three - Calum Butcher who skippered the side, Paul Watson and Scott Banks were retained. The League One hosts finished 18th last season and only confirmed their status in the penultimate game of the season and it was United who made the brighter start dominating the early possession, culminating with the Tangerines going ahead after only six minutes. Louis Appere sprung the offside trap and bore in on goal, only to be brought down by keeper Max O’Leary. And the striker Louis Appéré, got up to slot home the spot kick. The lead, however, was short-lived – two minutes to be precise! In the Shrews’ first attack, Fejiri Okenabirhie was fouled in the box and got up to slam home the second penalty of the game after 8 minutes.The 13th minute proved unfortunate for Logan Chalmers whose sweetly struck left-footer from 30-yards crashed against the crossbar. Appere was proving a handful and was brought down on the edge of the box after running on to Cammy Smith’s precision through pass. Though Scott Banks beat the defensive wall with a low drive, O’Leary had to look lively to hold it. At the other end, Deniz was called into action for the first time diving to his left to save Steve Morison’s low drive after 20 minutes. Five minutes later, United threatened from another free-kick. Butcher was getting on the end of a Banks cross to head back across goal, but the keeper was able to gather it at the far post with no one in tangerine there to capitalise. Just after the half-hour mark, Luke McCormick on loan from Chelsea, fired in a shot which took a wicked deflection which Deniz could only watch slip past, fortunately, the wrong side of the post. And Deniz had to look lively on 37 minutes to keep out McCormick’s well-hit 25-yarder as the Shropshire side began to dictate proceedings but it remained level pegging at the break.

hree minutes after the restart, the home side stepped up a gear and United survived a couple of early scares. A goalmouth scramble ended with Deniz saving a Morison snap-shot and then had to clear a dangerous cross from the right. And that trend continued with Town going close after 58 minutes, the unmarked Morison heading a Ryan Giles cross wide of the target and a minute later Okenabirhie fired wide for another Giles assist. The hour mark all bar Deniz, King and Chalmers go off to be replaced by Liam Smith, Connolly, Reynolds, Sporle, McMullan, Stanton, Clark and Shankland. And ten minutes later, the home side made a double substitution and three minutes later they were ahead. Morison got to the bye-line and Okenabirhie prodded home from close-range. And in the last minute, O’Leary blocked a Nicky Clark header to prevent United getting a deserved draw. 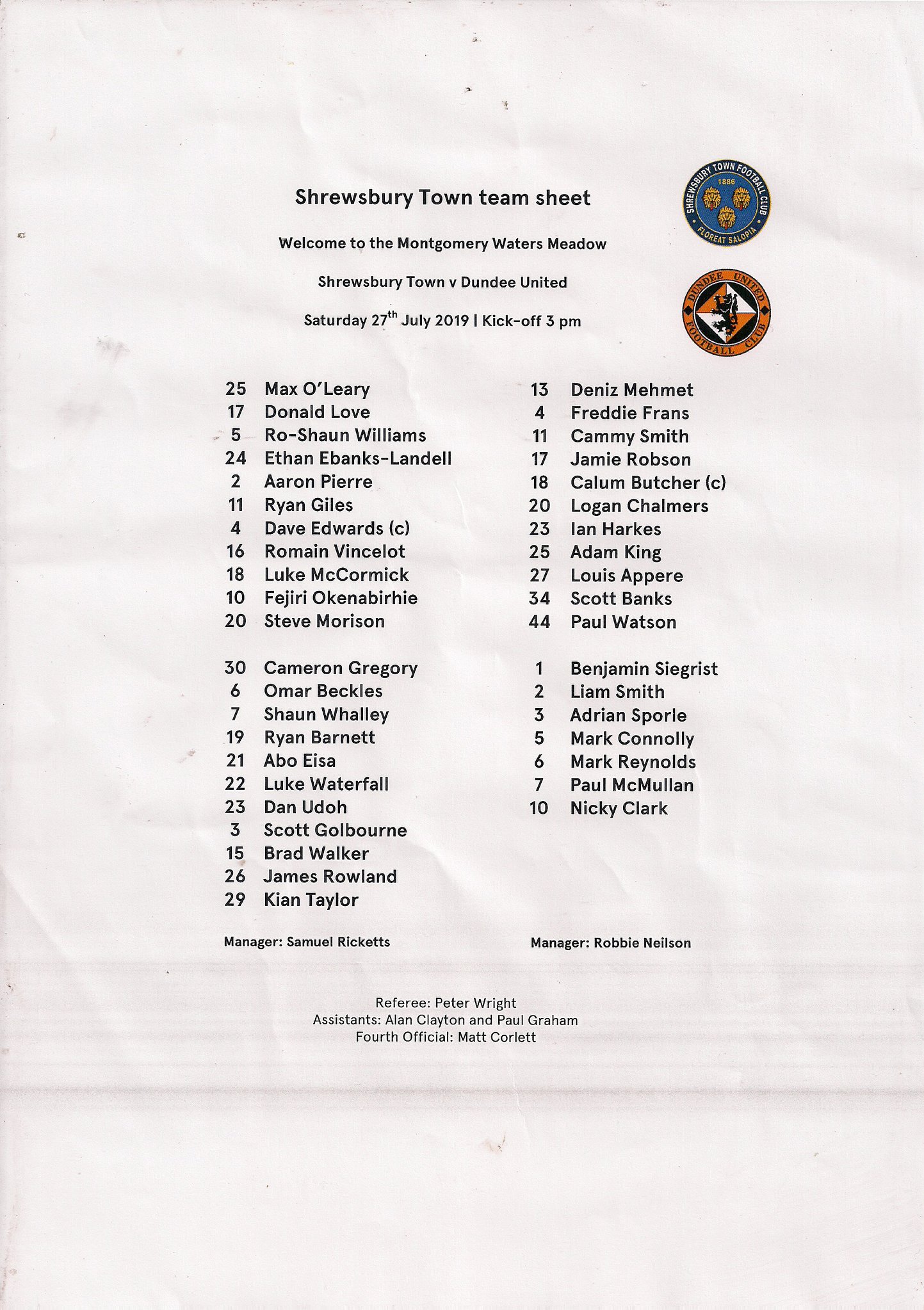