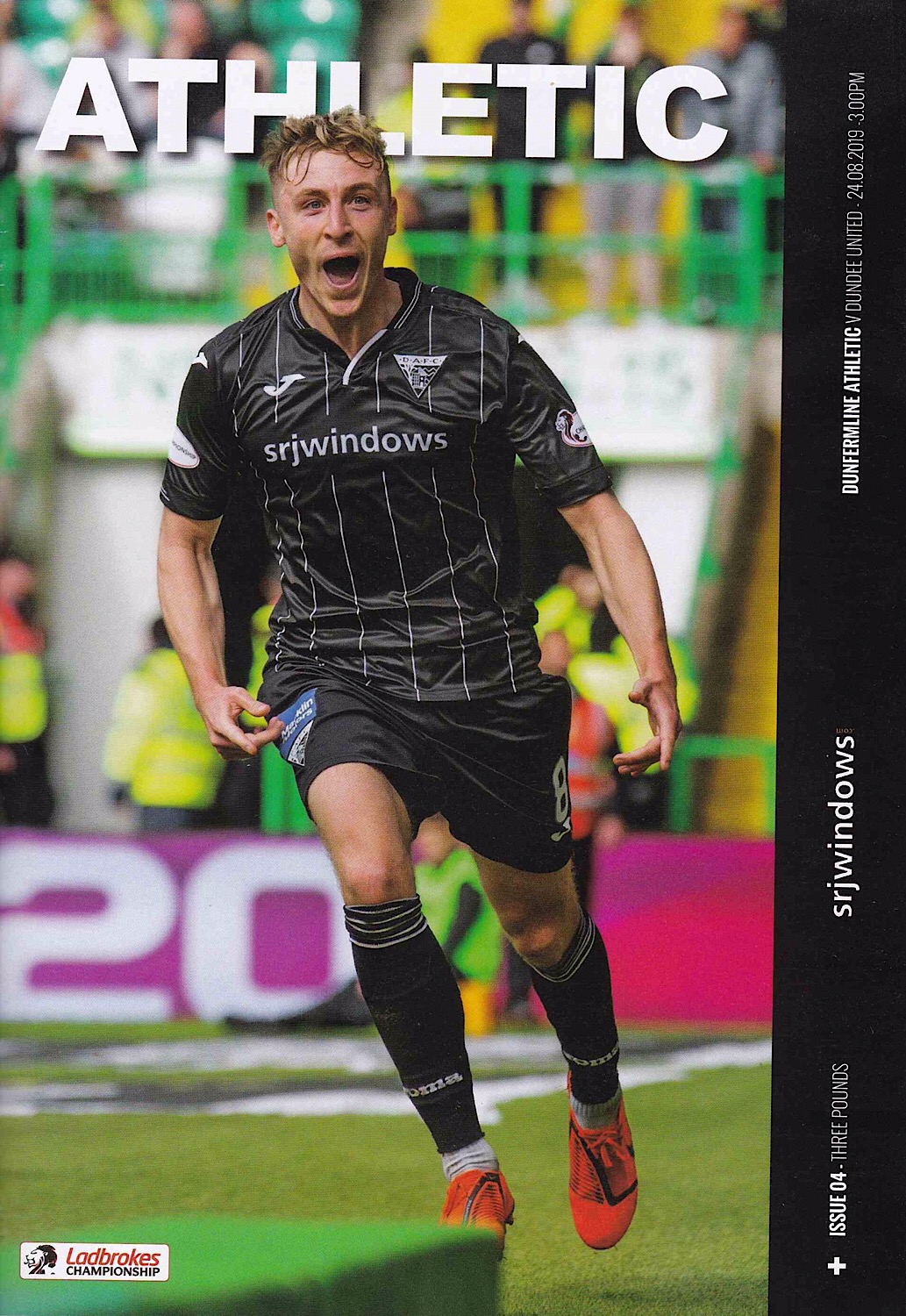 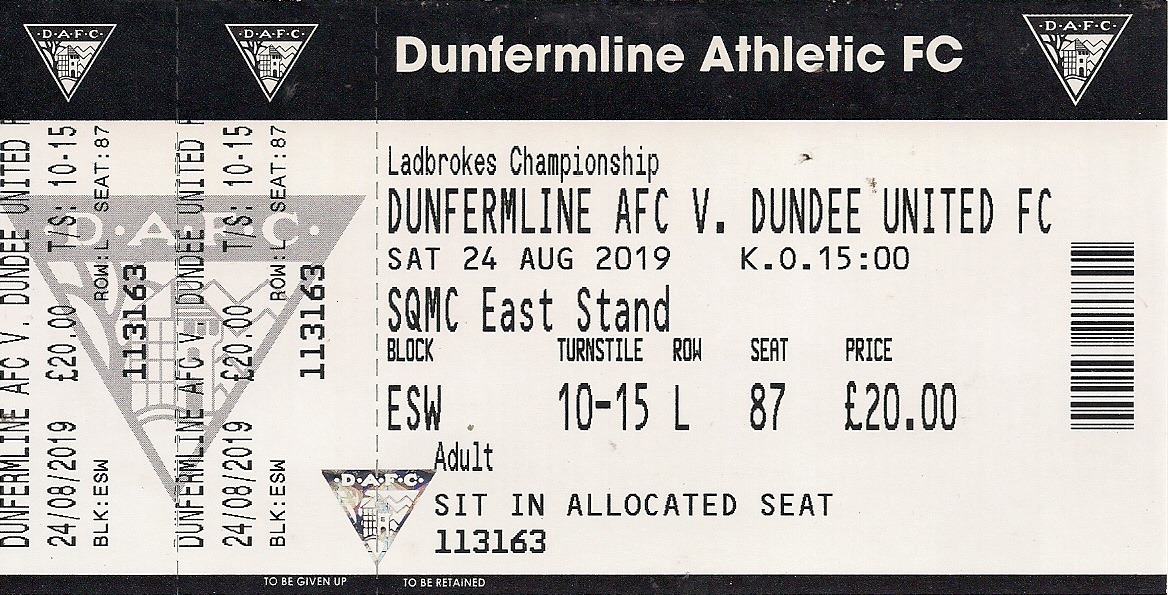 United made one change to their line-up from the Partick game. Connolly drops out and is replaced by Harkes, although his direct replacement would be Butcher at the heart of the United defence. The American Harkes earning his step up after two goals in the midweek reserve league game against Kilmarnock. Sow grabbed a hat-trick in the Kilmarnock reserve game and will be looking for his opportunity from the bench. Manager Stevie Crawford made two changes to the side that narrowly lost to Celtic last weekend, Ryan and Coley coming in for Turner and Edwards.

United kicked off defending in front of the large travelling Arab support in the East stand. It was the visitors who had the best of the early chances, and after 10 minutes United took the lead. Under pressure from Morrison, Lawrence Shankland made space for himself on the right side of the Dunfermline box and managed to slot past Scully in the Pars goal to make it 1-0 United, and grab his 6th league goal of the season, no more than United deserved after controlling the early part of the game. The combination of Appere, Clark, McMullan and Shankland gave United a great attacking threat keeping the Pars on the back foot. United continued to dominate and were unlucky not to be further ahead. Plenty of attacking play from the visitors in the first 20 minutes, but no clear cut chances to speak of. United got what they deserved on the half-hour mark. A great run by McMullan saw his cross met by that man Lawrence Shankland again. The striker’s header flew under Scully to make it 2-0 United. The large band of travelling Arabs were now in full voice as a chorus of ‘We’ve got Lawrence Shankland’ rang out around East End Park. Dunfermline were offering little in the way of pressure to United’s rearguard, Ashcroft and Ryan being the main threat for the Pars, but without posing a threat to Siegrist in the United goal. McMullan was unlucky for United in the 36 minute not to make it 3-0, when his shot was cleared away for a corner. The resulting set-piece one minute later from Robson just flew past Shankland at the back post. Dunfermline’s best chance of the first half came in 42 minutes when Coley won a free-kick just outside the box. Ex-United Paton’s effort was scrambled away for a corner. The resulting corner from Dow was met by Ashcroft, but his header was just over the bar.

Dunfermline made one change for the second half with Turner replacing Coley. The substitution nearly paid dividends straight away for the Pars as Turner’s first time shot was well saved by Siegrist in the United goal. United started the second half sprightly and in 47 minutes were unlucky not to add a third after good build up play by Shankland found Clark, but his right-footed shot was just wide. United were shooting towards their own fans and were being roared on by over 2,500 travelling Arabs. On 53 minutes, the home side should have pulled a goal back. Beadling’s initial shot was blocked by the United defence and as the ball fell to Nisbet it would have been easier to score, but the striker managed to shoot wide. The Pars were looking to get themselves back into the game and were piling more pressure on United than in the first half, but without making the breakthrough. On the hour mark, Robbie Neilson replaced Clark with Pawlett to tighten up the midfield amidst the Dunfermline pressure. On the 67th minute, United should have added a third. Build up play from Shankland found Pawlett in front of goal, but the midfielder somehow managed to miss. Shankland showed he is human after all when he missed a penalty in the 75th minute. A foul by Martin in the box on the striker was penalised by referee Euan Anderson. With regular penalty taker Clark having been substituted, it was up to Shankland to get his hat-trick. Although Shankland’s strike was on target and well struck, it was saved well by Scully in the Pars goal. United continued to look for that elusive third goal and were unfortunate in the 83rd minute when Smith’s effort was parried by Scully and the rebound was met by Shankland, but his header was over the crossbar. As referee Euan Anderson blew for full-time, United’s 2-0 victory means it’s 3 wins out of 3 and sets us up nicely for next Friday night’s Dundee Derby at Tannadice. United are now 3 points clear at the top of the Championship, and can take plenty of positives having played 3 of their Championship rivals. 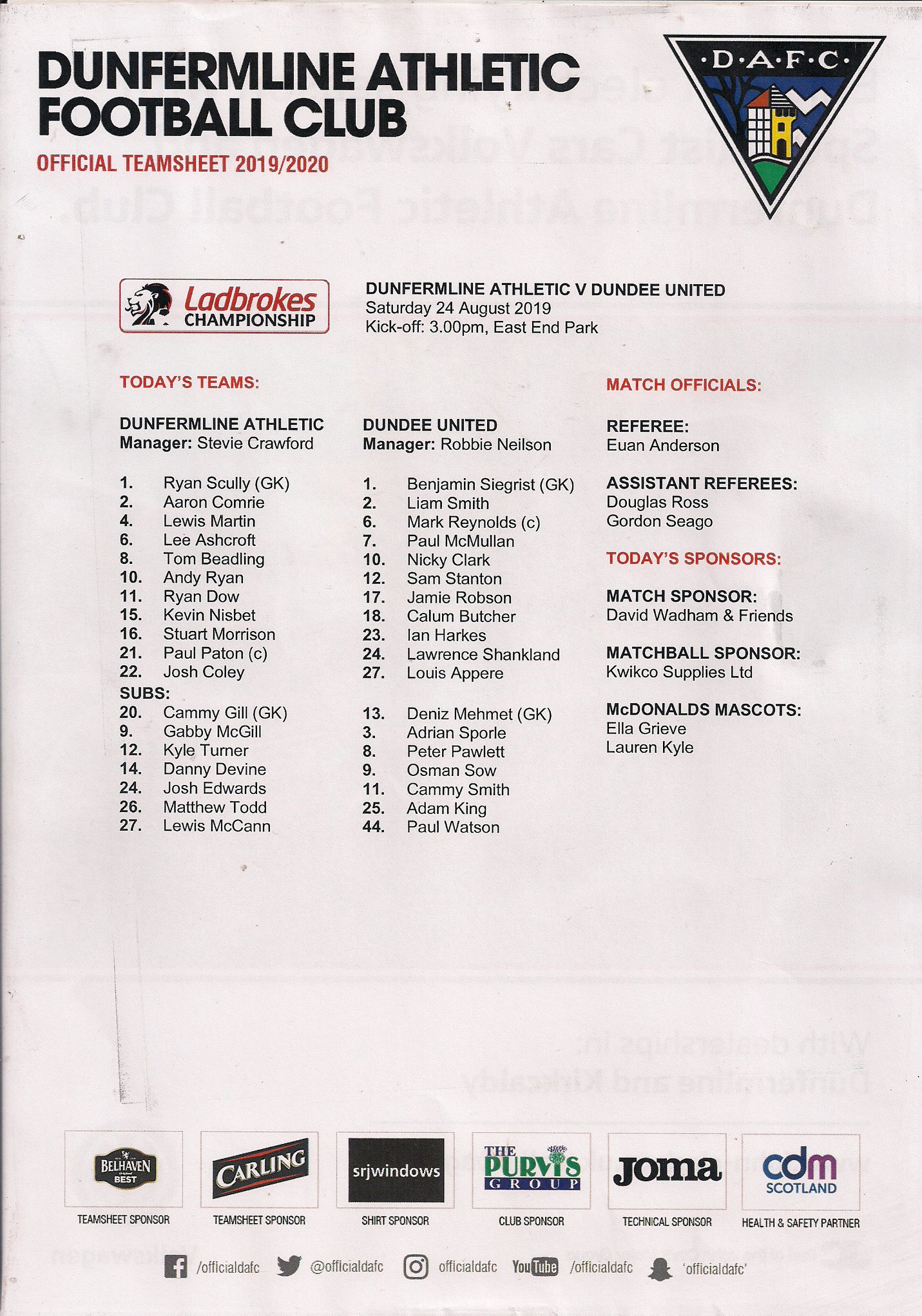