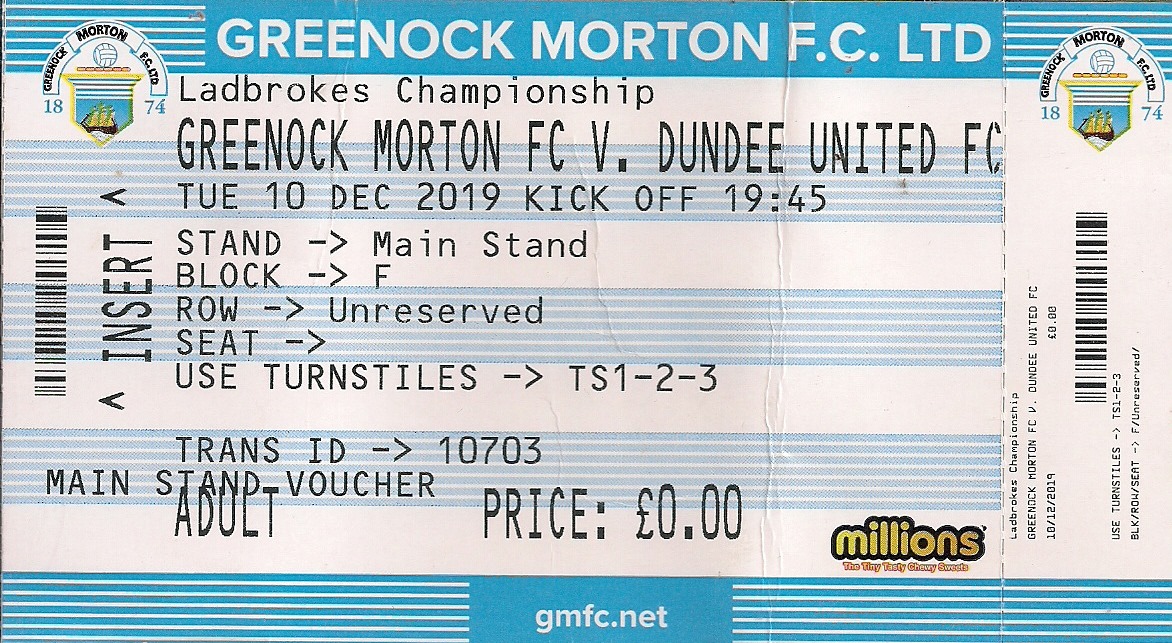 Injury forced Head Coach Robbie Neilson to make his first change in three games, Paul McMullan having to drop out with Lawrence Shankland returning to action for the first time since the derby win at Dens a month ago. Academy graduate Logan Chalmers was drafted in on the bench and that was the only other change from the side that defeated Alloa. Despite all the rain, the pitch was in decent shape apart from a soggy section in front of the main stand for a game from which victory could extend their lead to ten points.

But it was Benji Siegrist who was first to be called into action, clutching a dangerous Aidan Nesbitt cross. United then won a couple of corners and from the second, they took the lead on five minutes. Nicky Clark collected Sam Stanton’s short corner and from his delivery from the right, Louis Appéré swept home at the far post. The home side weren’t taking this setback lying down and John Sutton fired over and Reece Lyon had Siegrist at full stretch holding his shot at his right-hand post. As the mid-point of the half came round, it all became a bit scrappy with neither side making any inroads towards goal. A dangerous Nisbett cross fortunately found no takers as the Ton tried to get back in the game, but on 25 minutes, he was the architect of the home side’s leveller. His cross to the back post was headed down back goalwards by John Sutton which Benji beat away off the body of Liam Smith. Benji palmed the ball away off the line but the assistant flagged for the goal which the referee awarded much to the surprise of the United fans. Six minutes later, the visitors were back in front and perhaps, unsurprisingly, it was Lawrence Shankland with his 20th on the season. Appéré drilled the ball across the face of the box and the ball broke to Lawrence Shankland who despite being almost surrounded, worked space for himself to score with a low shot on the turn from 15 yards. Again a spirited Morton side tried to hit back, forcing three quickfire corners that came to nothing. On 38 minutes, Kyle Jacobs became the first player to be booked after coming straight through the back of Clark. United then went close with home keeper Danny Rogers having his hands stung by a Sam Stanton sizzler. Two minutes from the interval, Jacobs, despite not making clean contact, forced Siegrist to tip his shot from the edge of the box away for a corner, so United preserved their lead at the interval.

Morton threatened soon after the restart when Siegrist had to beat away Adam Livingstone’s powerful drive and Sutton fired the rebound inches over. But chances at either end were now few and far between. Bizarrely, on the hour mark, Head Coach Robbie Neilson was shown a yellow card, presumably for something he said to the linesman. Thereafter, United ran the clock down without too many anxious moments. And in time added on Luca Colville was booked for a foul on Liam Smith. 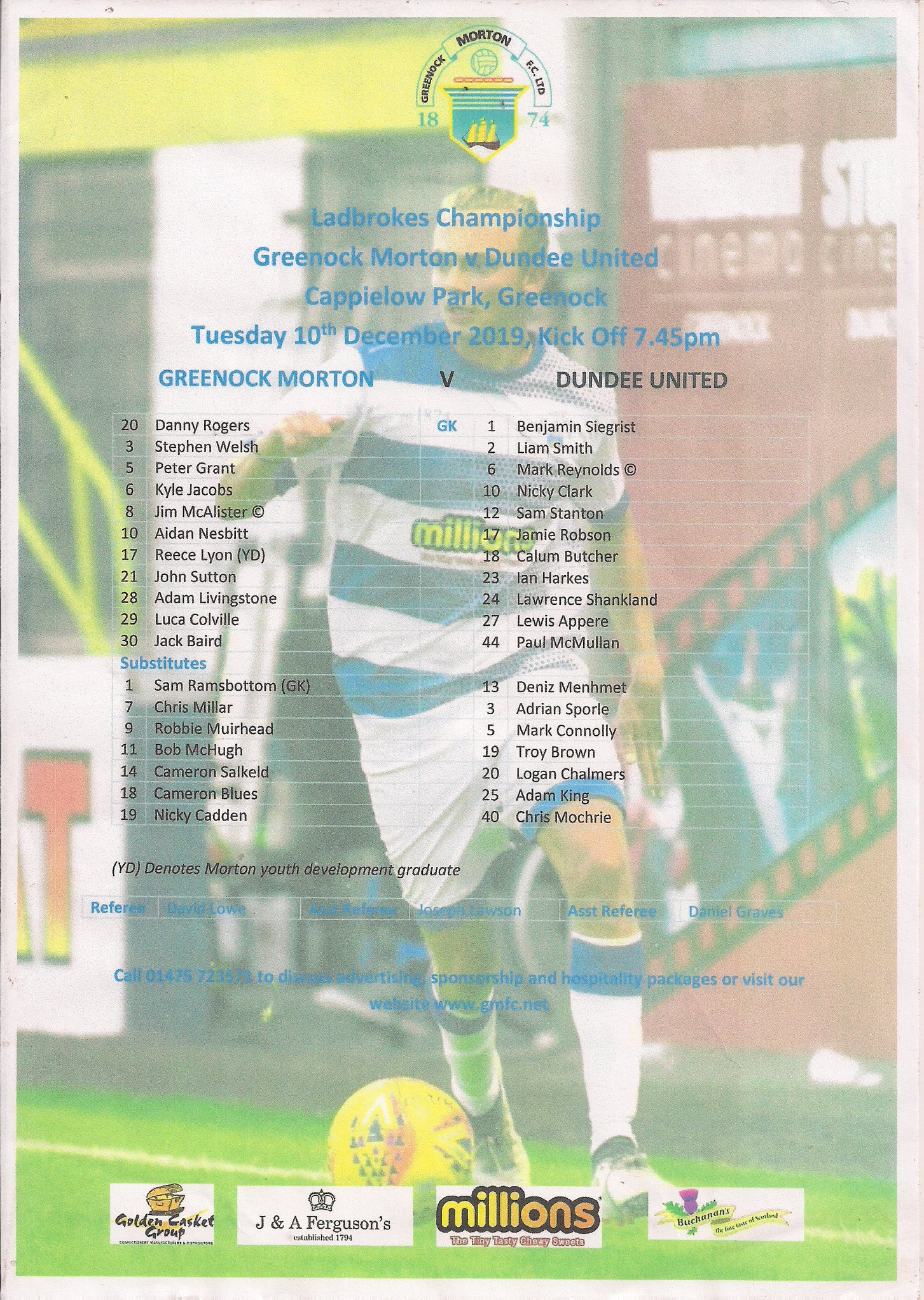