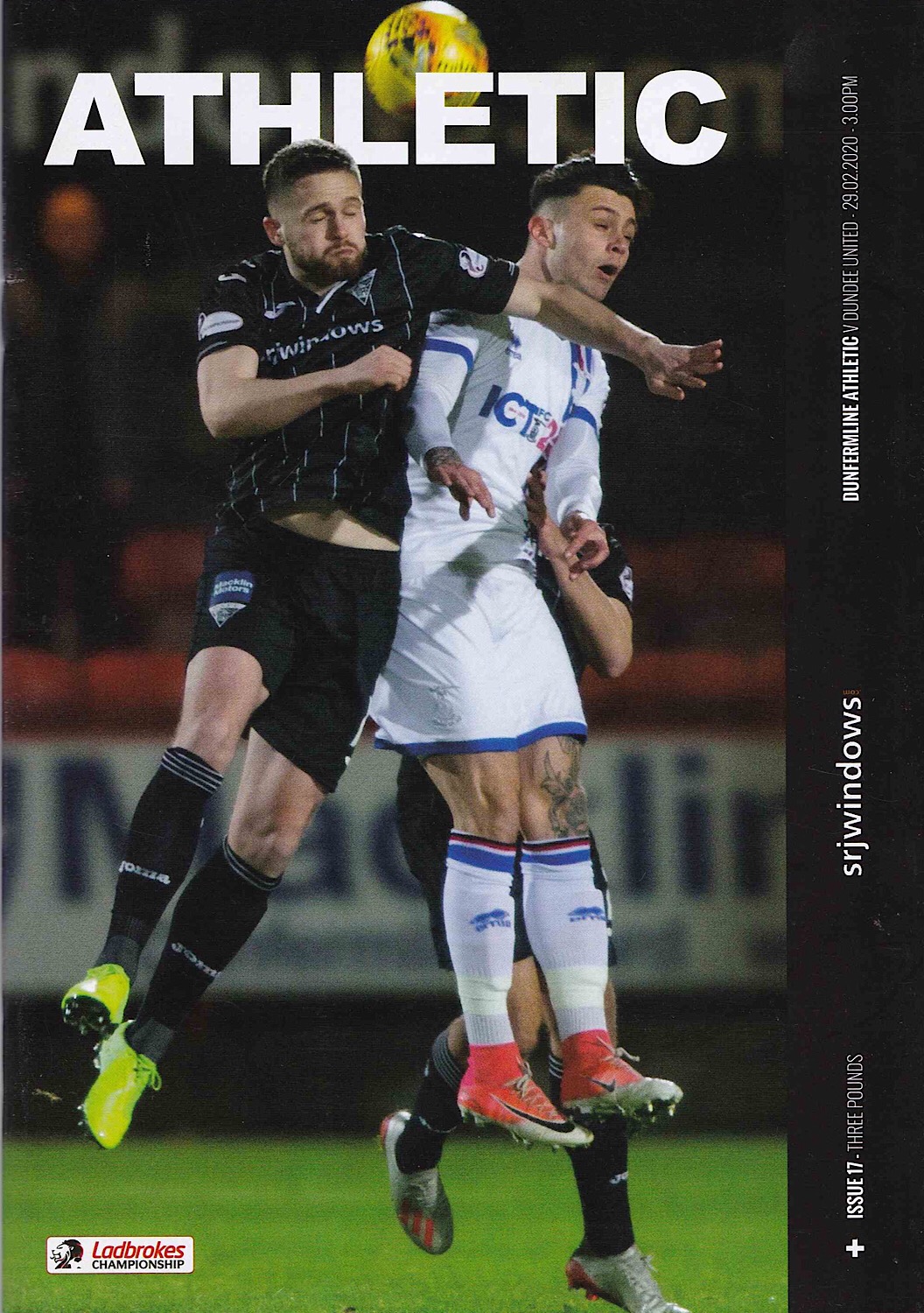 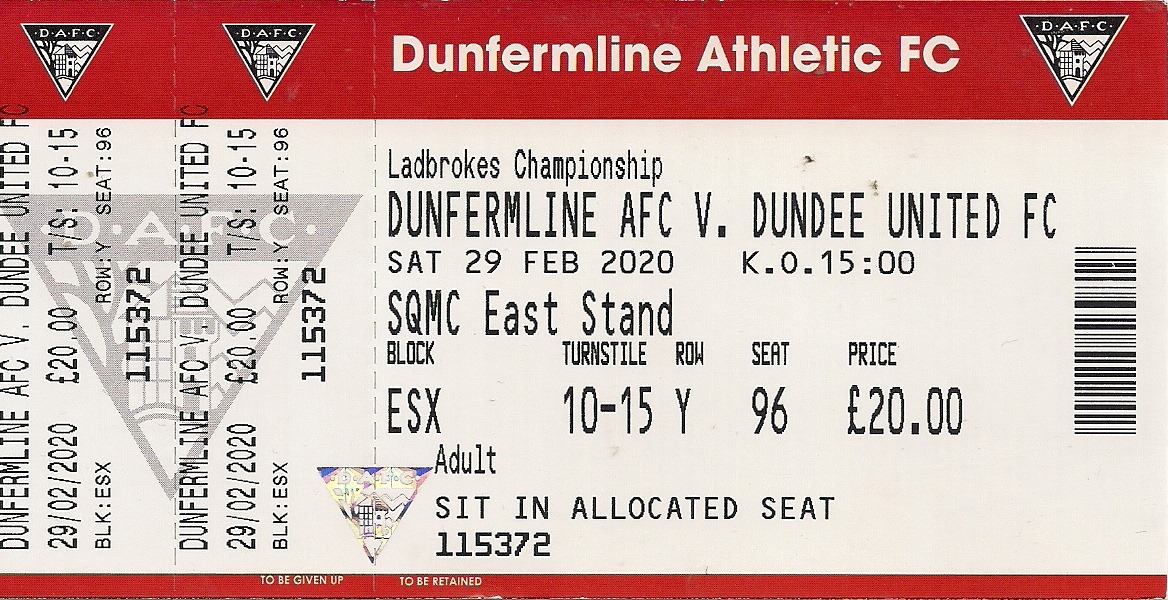 There was just one change in the United line-up from the team that defeated Inverness Caley Thistle with Harkes coming in for Calum Butcher who picked up a groin injury in the 2-1 win over Inverness. The Pars also had one enforced change from their midweek defeat to Inverness, Ethan Ross replacing the side-lined Ryan Dow.

The Fifers started on the front and there was a scare for the large turnout of Arabs after five minutes when Ben Siegrist gathered a Dom Thomas cross only at the second attempt. On eight minutes, Pars top scorer Kevin Nesbit threatened with an unchallenged run-in on goal and, although he got his shot away, it lacked any real power or direction to trouble Siegrist. Three minutes later, ex-United midfielder Paul Paton’s diagonal pass found Jonathan Afolabi in space. Fortunately, there were no takers when he delivered a low cross which went out for a throw-in. With quarter of an hour gone, the Pars were forced into a substitution, Aaron Comrie limping off to be replaced by Lewis Martin. Nevertheless, it was the home side who continued to press and Nisbet drilled in another low cross, but again there was nobody on the end of it. United’s first chance came after 20 minutes when Liam Smith’s cut-back found Rakish Bingham but he blazed a first time shot over the bar. But five minutes later, United fell behind. Kyle Turner delivered a diagonal cross which went over the head of Jamie Robson enabling Kevin Nisbet to neatly head past Siegrist for a deserved opener. Ten minutes from the interval, there was a hold-up while Euan Murray received treatment after Harkes’s boot accidentally caught him following a corner. In an effort to gee things up, Peter Pawlet and Louis Appéré swapped wings. At the other end, Thomas forced a free-kick just over and only a great tackle by Paul Watson prevented Nesbit pulling the trigger. Soon after, Lawrence Shankland was on the end of a Robson cross but directed his effort into Fon Williams's arms for what was United’s first attempt on target.

Despite the disappointing first half performance, there were no changes in the United team. And within four minutes of the restart, United were lucky not to fall further behind when Nesbit cut in from the right and clattering the post with an angled drive. Almost immediately, Appéré fired wide at the other end. Nine minutes after the restart, Robbie Neilson made his first change of the afternoon, bringing on Paul McMullan for Pawlett. There were strong appeals for a penalty when Mark Connolly was held as he went for a Dillon Powers cross. But United’s task became all the harder on the hour mark when the Pars doubled their lead. Thomas raced down the right and sent a cross to the back post which Jonathan Afolabi knocked in from close range with his celebrations earning him a booking. Declan Glass immediately replaced Harkes but it was still Dunfermline who dominated. There was another let-off five minutes later when Afolabi delivered from the right which Smith cleared for a corner. Both teams had penalty claims denied with Afolabi and Appéré feeling they had been fouled. Ten minutes from time, McMullan sent over an inviting cross which Shankland was on the end of but his header slipped inches over. The nearest United came to scoring was four minutes from time when Shankland met a McMullan cross at the near post which was blocked for a corner. Compounding a bad day at the office, Shankland and Head Coach Robbie Neilson were both cautioned in the closing stages as was Dunfermline’s Devine for body-checking Appéré. 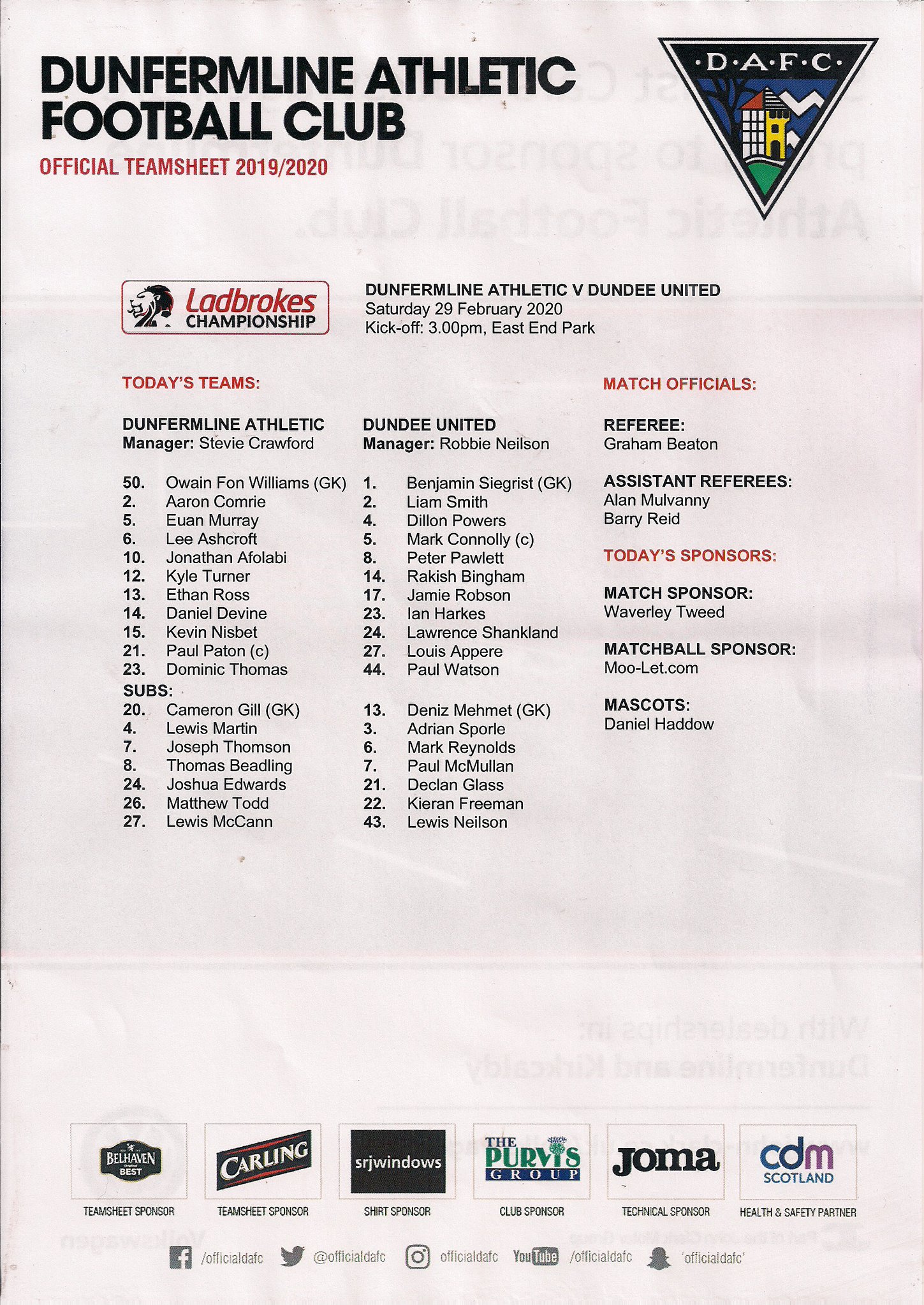