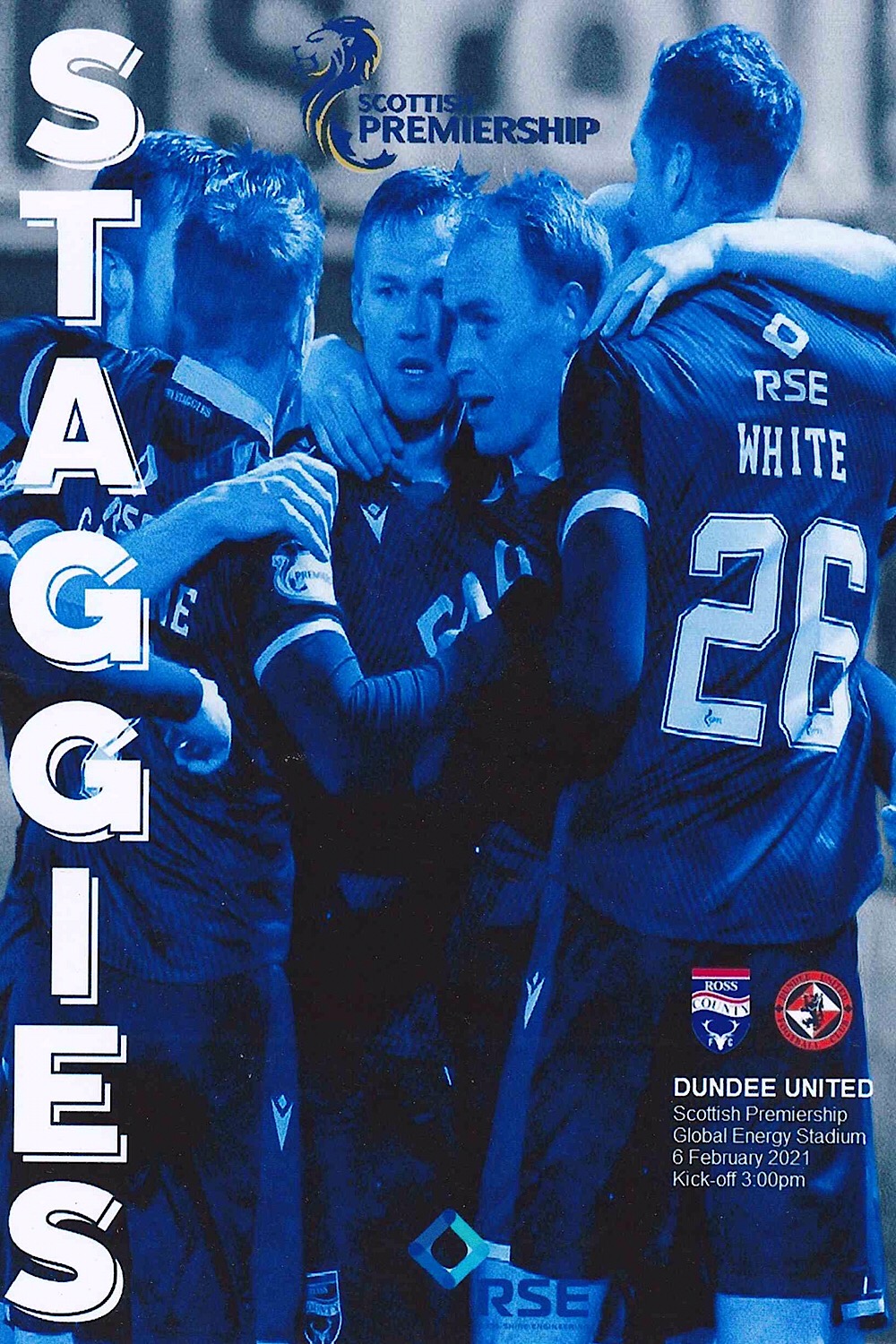 Dundee United travelled to Dingwall with a lot to play for. Back to back defeats at the hands of St Mirren, Hibernian and Motherwell brought the bleak cloud of relegation closer to home than it had been all season. With fans putting the pressure on Micky Mellon and his team to succeed, it was a make or break game that could potentially define the season for United.

From the first whistle it proved to be an energetic opening. County looked to set the pace of the match early, with a hot effort from Hylton at the edge of the box forcing Benji into a diving save. United's first chance came when Hjelde failed to clear a headed through ball from Fuchs. The ball bounced through uncontested to Shankland, who opted to go around the goalkeeper, but just didn’t have enough space. Luck clearly looked as if it was on United’s side as an identical chance fell again to Shankland soon after. Another long ball slipped past Hjelde at the back and Shankland opted once more to go around Laidlaw, but this time he was wise to Lawrence’s tricks. It was two wonderful chances for Shankland, which on any other day would have comfortably found the back of the net. Ross County ended the first 45 with the closest shot of the half. Tony Andreu ran past Robson and Reynolds inside the box, hitting a low driven shot that narrowly bounced past Siegrist’s far post.

Ross County came out aggressively in the second half, with three great chances in quick succession, but as hard as they tried, they could not get past the brick wall that was Siegrist, Reynolds and Edwards. United dug deep though, and managed to hit County on the counter attack in the 63rd minute. At the edge of the United box McNulty played a one-two with Pawlett, who then moved the ball to Shankland who drove a pass for Fuchs deep into the county half. Callum Morris bound down on Fuch’s, but before he could mount any real challenge, Jeando had nicked the ball wide to Smith, who then drove the ball just inside the box, capping the great team move off by finding Shankland at the keepers near post. Do we need to say what happened next? This time when the ball landed at Lawrence Shankland's feet, there was only one inevitable outcome, and United took the lead. Twelve minutes later, a high swinging corner from Pawlett found Ryan Edwards as he dove past Callum Morris, heading the ball into the bottom right corner. United saw the rest of the game out strongly and earned a solid three points. There was still a long way to go until the end of the season, but United fans across the globe were allowed to breathe a little easier for the time being.