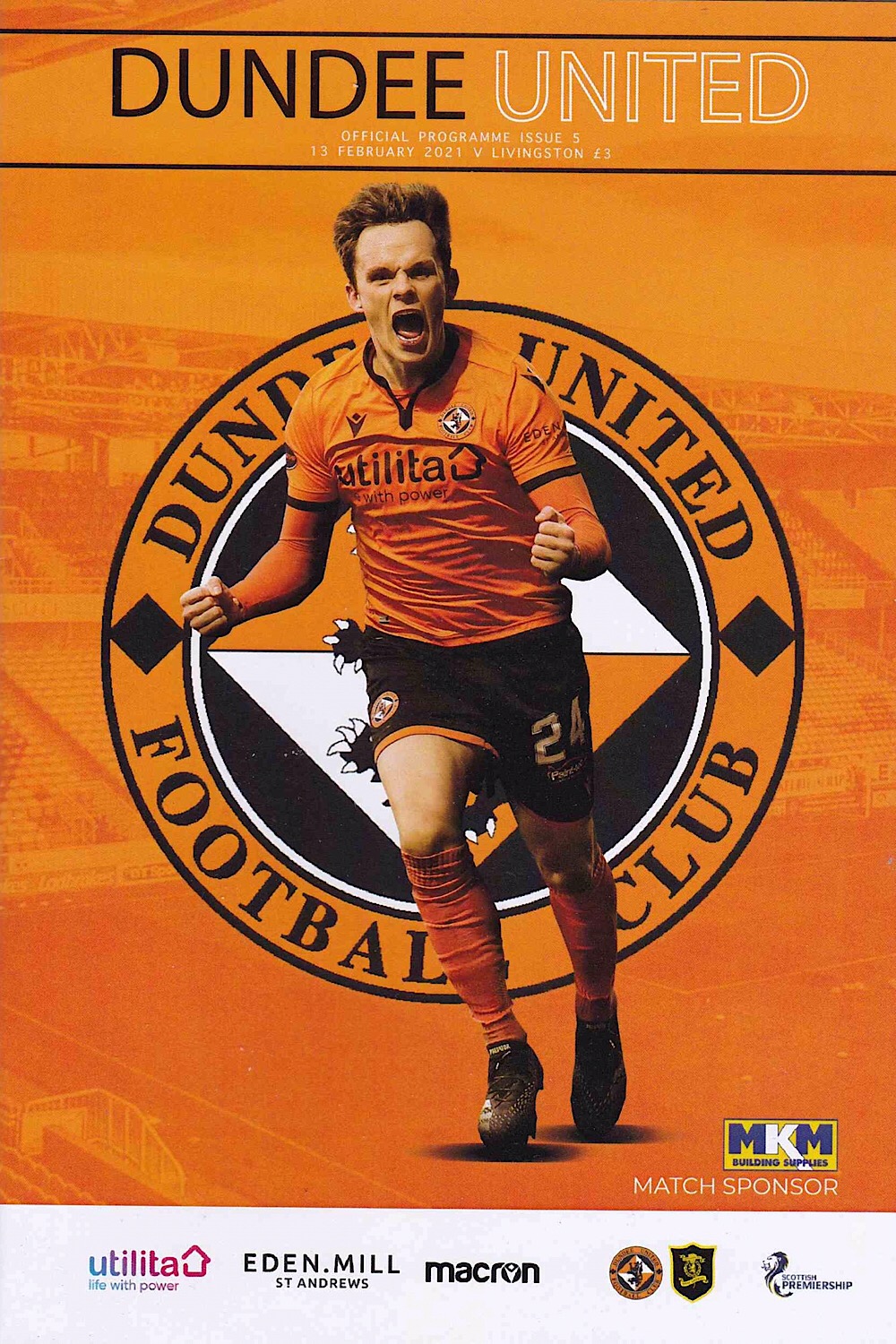 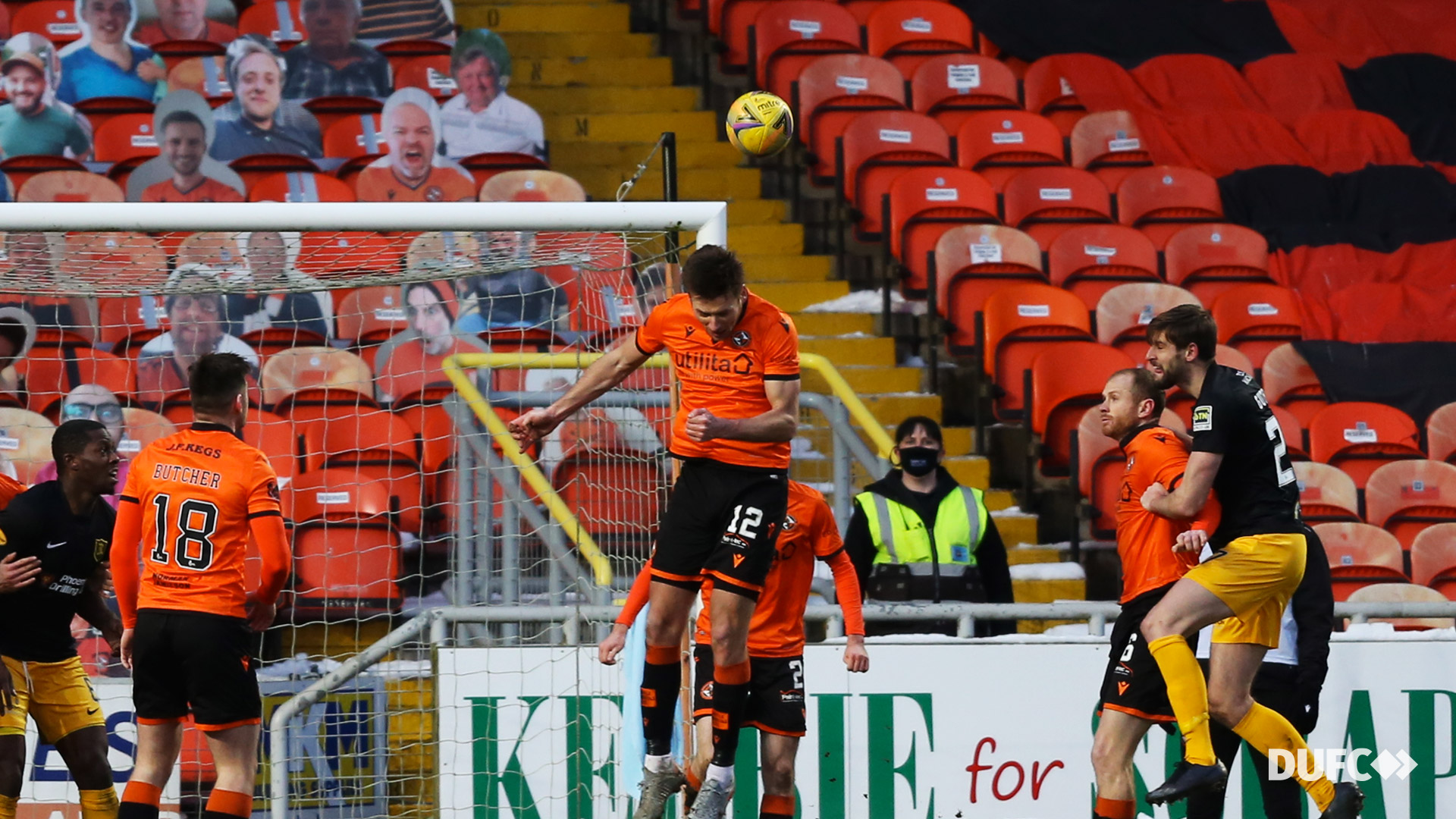 United welcomed Livingston to Tannadice in the hope of making it two wins on the bounce for the first time since January 2020. The visitors came into the game having just received their first defeat in 14 games at the hands of St Johnstone, with the Lions’ unbeaten streak stretching back to the 28th of November. Micky Mellon made one change to the side who were victorious at the Global Energy Stadium, with Reading loanee Marc McNulty dropping out for last season’s breakthrough star Louis Appere.

Despite the visitors’ good form of late, it was who United came out of the traps flying and found themselves ahead inside the first 60 seconds. Jeando Fuchs found Robson wide on the left and the latter headed to the by-line, whipping a low cross towards Adrián Sporle who stole in in front of Fitzwater and fired high into the roof of the net from 8 yards. Louis Appere would go close to adding a second, as he found himself on the end of a deep through ball, however the Fifer cracked his shot into the sliding Julien Serrano. Livingston would look for a response soon after, as Scott Pittman was left in splendid isolation inside United’s penalty area, however the diminutive midfielder could only divert a weak header into the arms of Benji Siegrist. Martindale’s side threatened again, with a deep free-kick delivered by Josh Mullin bouncing all the way through United’s defensive line and over the crossbar, via a deflection from the cautious Siegrist. At the other end, Lawrence Shankland was the next United man to go close to adding a second, as he evaded the onrushing Stryjek, but his shot would only find the well placed Nicky Devlin on the Lion’s goal-line. On the 31 st minute, United were dealt what appeared to be a fatal blow. Peter Pawlett lunged studs-up into Jason Holt after the midfielder lost control of the ball on the bobbly Tannadice surface, with referee Nick Walsh immediately showing the former Aberdeen and MK Dons man a red card. However, this disadvantage spurred Mellon’s men on rather than hinder their efforts to take all three points, and just four minutes after going down to 10 men, they doubled their lead. Ian Harkes, just on for goalscorer Adrian Sporle, charged down Jason Holt, with the ball breaking in favour of the American. Harkes then threaded an exquisite ball through the visitor’s rear-guard to the advancing Lawrence Shankland, who slid under Max Stryjek from 12-yards to notch his second goal in two games. The half time whistle sounded to end an enthralling first half of action at Tannadice.

United began the second half in similar fashion, with Harkes capitalising on a slack goal kick from the Livi stopper, bursting from deep into the opposition penalty area. Harkes looked to find Louis Appere who made up serious ground to get into the box, however his trivela pass was cut out by Serrano. Livingston would hit back with their best chance of the afternoon on the 52nd minute. A footrace between SIbbald and Reynolds was won by the former, and the Lions midfielder found Jay Emmanuel-Thomas, with the ex-Arsenal man firing over the bar from 11-yards. A real let off for United. Referee Nick Walsh was then to be the subject of another pivotal moment in the game. With just under half an hour remaining, the whistler sent off Livingston defender Fitzwater following a trip on the tenacious Ian Harkes who was looking to burst into the 18-yard box. Perhaps a harsh decision for the visitors. Livingston looked for a route back into the game following the red card, however a weak effort from Emmanuel-Thomas 23-yards out was the only thing they could put together. United wrapped up the victory with seven minutes remaining and it was the man of the moment yet again who added the third. Lawrence Shankland latched on to a loose header from Josh Mullin and raced towards the left corner of the penalty area, chopping inside the Livingston number 14 onto the right foot and curling a fantastic effort past the despairing Stryjek, to claim his first brace since making the step up to the
Premiership.

Referee Nick Walsh brought the game to a close, with United securing their first win over the West Lothian side since April 2018, and moving into the top six. A successful afternoon of football for the Terrors.