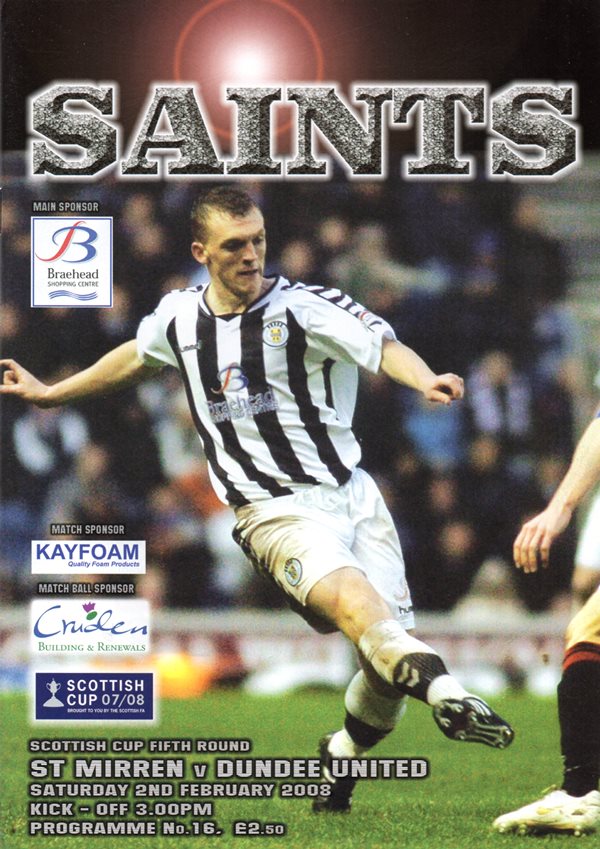 St Mirren will feel they had the chances to win the game but the United defence stood resolute and Polish ‘keeper Lukasz Zaluska made excellent saves in either half to keep United in the cup.

The first half hour was played out with little incident. Andy Dorman tested Zaluska after seven minutes with a rasping shot which the ‘keeper managed to parry to safety. A minute later, United won their first corner and, in what was a well-rehearsed manoeuvre, several men in the box ran from the goal line to the edge of the box en masse but St Mirren managed to clear despite the confusion.

The game came to life after 35 minutes when St Mirren passed up three great chances within a matter of moments of each other. First, loose play by Danny Grainger on the United left allowed David van Zanten in, but his low shot was held by Zaluska. Then, a volley by Mark Corcoran at the back post flew across goal, begging to be knocked into the net, but the ball went behind.

Corcoran then had another opportunity. Played into the box by Ian Maxwell, he slid in and managed to get a shot on goal but, at full stretch, Zaluska was able to keep it out and the ball was cleared to safety.

The second half started in more lively fashion. Immediately Noel Hunt managed to get United’s first real shot on goal but his curling effort was well held by Chris Smith in the St Mirren goal. Prince Buaben then shot over the bar from the edge of the box after good running from new captain Lee Wilkie had set up the striking opportunity.

At the other end, Zaluska again had to look alert after a loose back pass forced the Pole out of his box to make a desperate sliding clearance.

Craig Dargo was next to threaten the United goal. Darren Dods handled the ball just outside the United box but referee McCurry played the advantage and Dargo then saw his powerful shot again blocked by Dods. However, the ball broke kindly for the come-back striker and his low shot whistled inches past the far post.

The United fans had been chanting the name of Mark De Vries and, with his side on the back foot, Craig Levein made a double substitution. On came De Vries and fellow new boy Danny Swanson to replace Morgaro Gomis and Craig Conway. Swanson in particular seemed to immediately lift United. On 63 minutes, he beat three men with some wonderful skill but, as the Arabs behind the goal rose to acclaim what they hoped would be a fine finish, the midfielder miscued his shot high and wide.

De Vries then made his first contribution with a lovely one-two with Buaben but the midfielder was unable to get a decent cross in.

It was Swanson who again threatened for United after 73 minutes. A neat lay-off from Noel Hunt allowed him a driven low shot but it flew just wide of the left hand post.

As the game became more stretched, both teams were now enjoying more space as the ball flew from end to end. Levein made his final change of the game after 81 minutes when Eric Odhiambo replaced Noel Hunt up front. However, the young striker struggled to get into the game as St Mirren pushed for a winner. That could have come two minutes from time when Will Haining powered a shot at goal from the edge of the area but Zaluska made a terrific one-handed save to turn the ball round the post and ensure that United will get another shot at St Mirren in a Tannadice replay.

In a hard fought but good tempered cup tie, St Mirren had David Barron and Mark Corcoran booked for fouls on Prince Buaben and Lee Wilkie respectively, while Darren Dods saw yellow for United after barging into the back of Dargo. 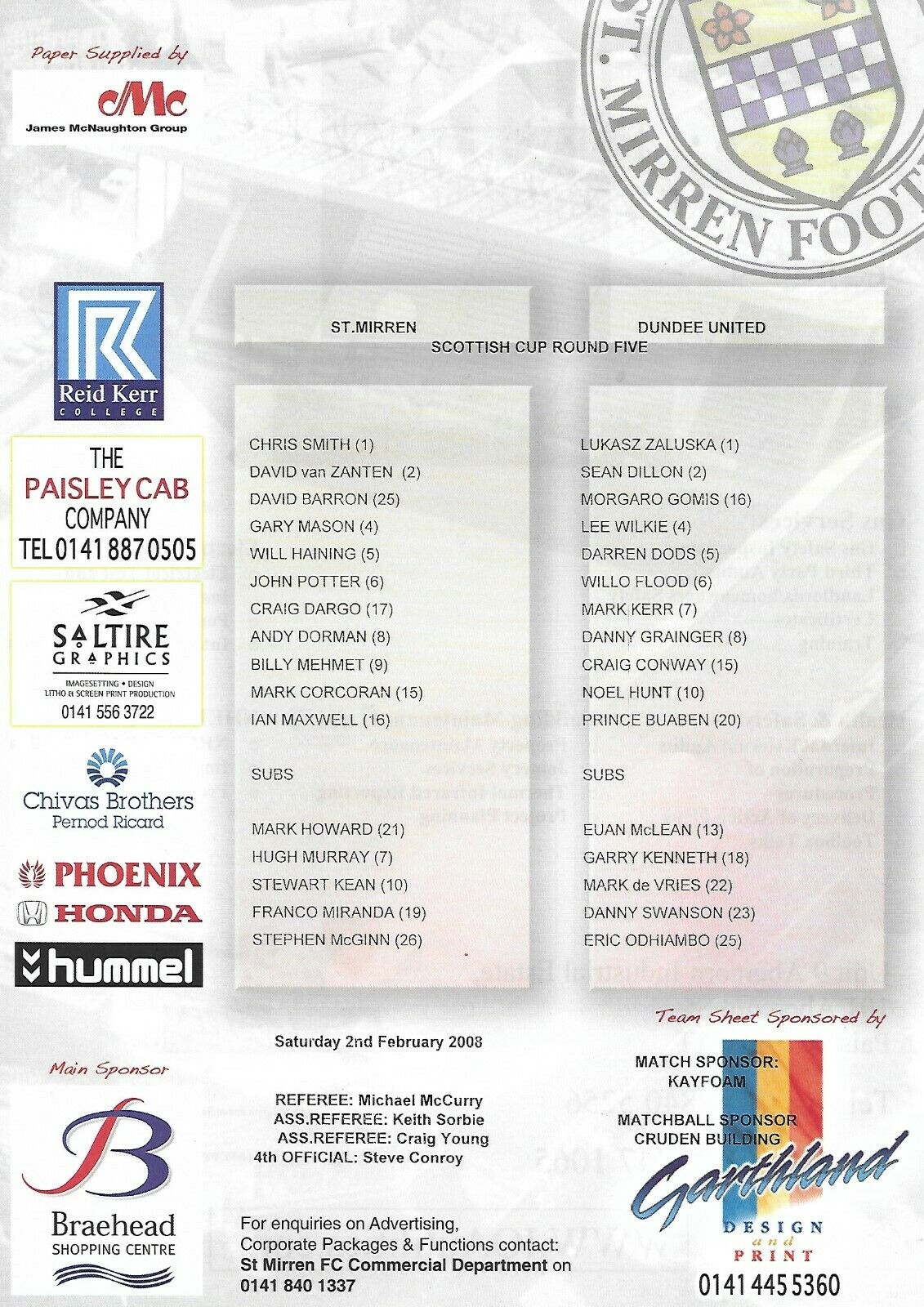