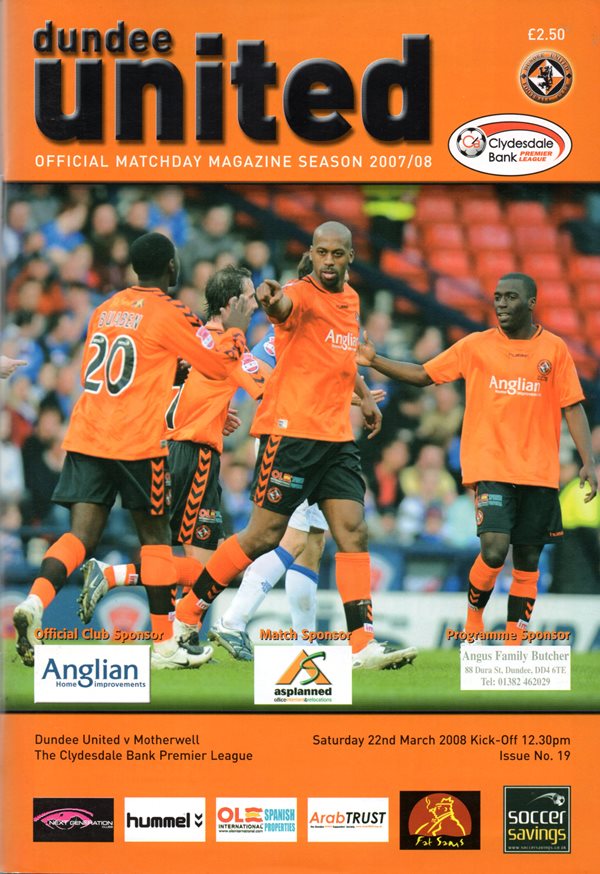 The Setanta cameras were at Tannadice for a lunch-time kick-off as Dundee United hosted Motherwell in a crucial match in the battle for third place. United - who had defeated Motherwell 1-0 at Tannadice earlier in the season - made one change to the starting lineup from the League Cup Final which they had been so desperately unlucky to lose the previous week. Jim O’Brien, who had been cup-tied, replaced Prince Buaben, who was set to square off against Mexico later in the week for the Ghanian national side. The sight of Jon Daly on the bench marked a welcome boost to Craig Levein’s striking options, while Eric Odhiambo, who scored a brace in a midweek reserve encounter with Hearts, also made the squad. Motherwell, competing for the first time in 10 days, and in their fourth consecutive away match as problems with the Fir Park pitch persist, brought in midfielder Keith Lasley ahead of Steven McGarry.

Motherwell started the livelier of the two sides, as Bob Malcolm headed towards Zaluska’s goal after Ross McCormack whipped in a free-kick on the five minute mark. But his effort lacked any real venom and the Polish stopper easily collected. The visitors’ left-back Steven Hammell limped off after 25 minutes to be replaced by Simon Lappin. United took until the 35th minute to put Graeme Smith under any pressure in the Motherwell goal, but Noel Hunt headed over the bar from a Kalvenes cross. McCormack then looked to test Zaluska in the 38th minute, but he mistimed his volley and fired well over the bar. Little to report on in a tense opening 45 minutes. Although bookings for Porter and Lappin meant the visitors had more men cautioned than shots on goal in the opening period.

Early in the second period, Garry Kenneth missed a glorious chance for the home side as the 6ft ‘4 centre back latched onto Jim O’Brien’s powerful cross. But his header drifted across the face of the goal from four yards out. Motherwell could have taken advantage of the miss and snatched the lead just minutes later. A cheeky free kick from Craigan saw the defender flick the ball into the path of McCormack from the half-way line, but as the striker looked to fire the ball towards Lucasz Zaluska’s goal, Mihael Kovacevic slid in with a superbly timed tackle to clear the danger. McCormack was again at the heart of the Motherwell attack moments later, as he played the ball past Lee Wilkie and into the path of Chris Porter, but as the former United transfer target looked to pull the trigger, Zaluska charged out to the edge of his box to beat him to the ball. Motherwell then enjoyed a spell of pressure with three successive corners, but the closest they came to capitalising was when Hunt headed the ball into his own side netting as he attempted to clear. As the game looked to be cruising towards a listless nil-nil stalemate, the introduction of Danny Swanson with 15 minutes to go changed all that. The 21-year-old, who came off the bench to replace on-loan Jim O’Brien, took just 47 seconds to fire home his first ever SPL goal as he skipped between Stephen Hughes and Stephen Craigan in the Motherwell defence to flick the ball past Graeme Smith with a composed right-foot finish. Swanson, making just his eighth league appearance for United, with six coming from the bench, was again the architect behind United’s second goal as he nut-megged Simon Lappin to find Willo Flood. And the Irishman’s pinpoint pass found Mark de Vries in acres of space, leaving the Dutch striker time to coolly round Smith and poke the ball home with his right foot and put the result beyond doubt. United just edged their opponents in the second half, and ran out deserved winners. Results later in the day at Ibrox ensured United would hold onto third spot until their next match at Tynecastle, at least. 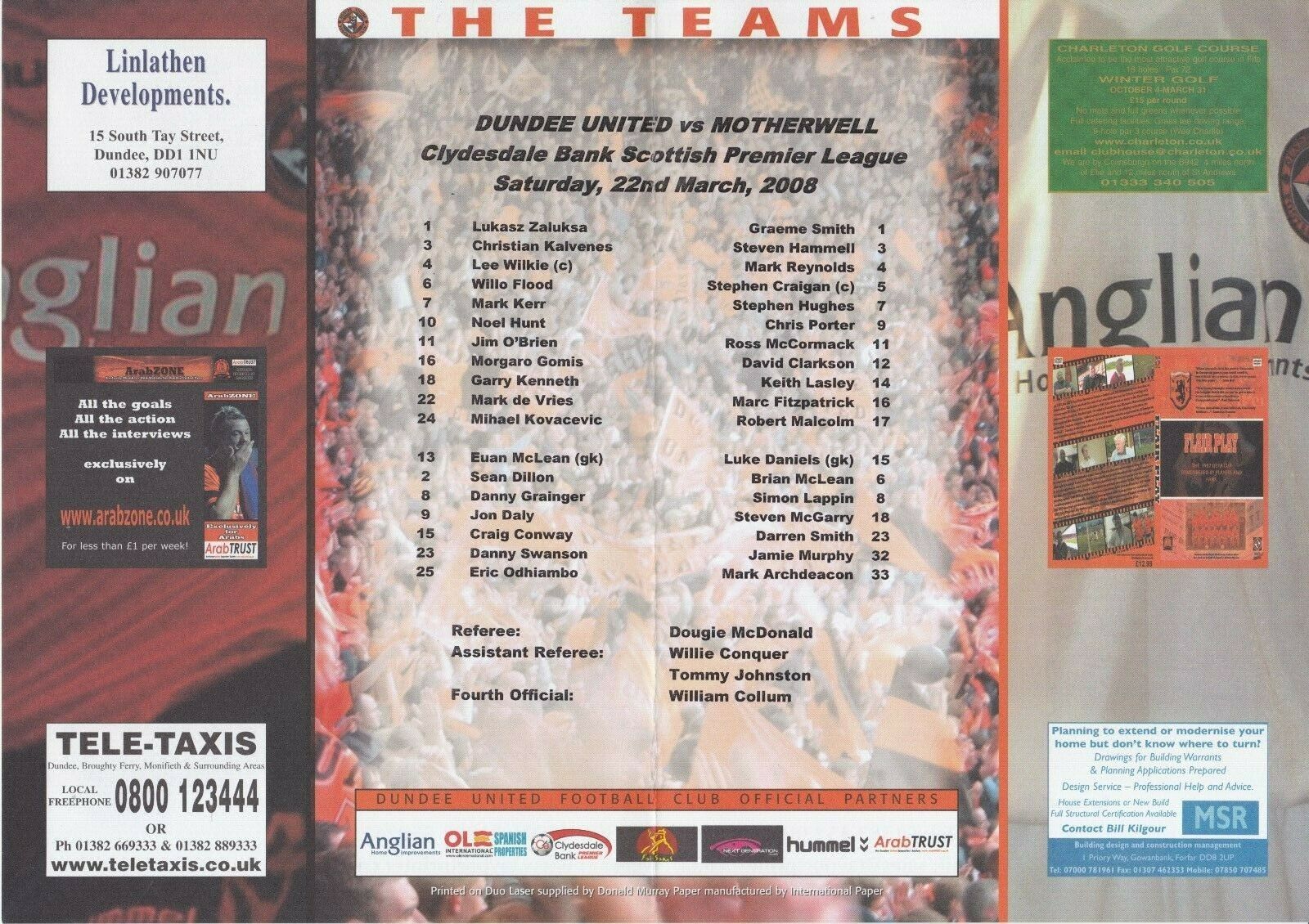