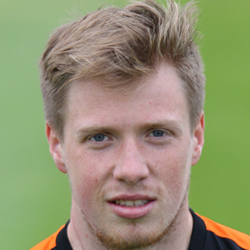 A product of the youth system at United, Jordan played for United through all levels from U14 up to the new SPFL Development league, proving himself a prolific goalscorer throughout. A loan spell at the start of the 2013-14 season saw him make his professional debut for Dunfermline Athletic. His loan spell was cut short, however, when he was forced to spend the majority of the season overcoming a tough personal health battle, with great success, securing a new contract with the Club at the end of the season along the way. In February 2015, Jordan secured another loan move, this time at Queen's Park, scoring in his debut for the Glasgow club.

Despite his recovery, he was never included in a competitive matchday squad and was released in December 2015.