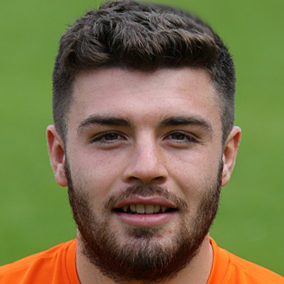 Originally from Westwood in East Kilbride, Cammy Ballantyne played with East Kilbride Youth Club before joining the youth ranks at United in 2007. He agreed professional terms at Tannadice, signing a three year contract on June 26, 2013 and left school at Duncanrig Secondary to pursue his football career. He featured regularly for the United U20 side and the Development Squad, while also playing for Scotland at U17 level. In 2014, Cammy represented his country in the qualifying and the final stages of the U17 European Championship, reaching as far as the semi final of the tournament.

He made his United first team debut as a substitute in May 2016 towards the end of the 2015-16 season and that same month, he agreed a one year contract extension. During the 2016-17 pre-season, Cammy was promoted to the first team under manager Ray McKinnon. A season on loan at Montrose followed, where he played as a first team regular. In March 2017, Cammy signed a contract extension until the end of 2017-18.

After joining Montrose on loan again at the start of season 2017-18, Cammy came back to Tannadice at the turn of the year after a successful loan period which also saw him win the Ladbrokes League Two Player of the Month Award for November 2017. On 16 March 2018, Cammy rejoined Montrose on emergency loan until the end of the season. In May it was announced that he would leave the club at the end of his contract.