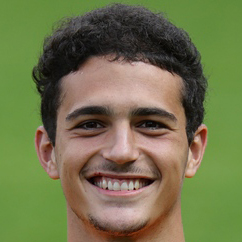 A native of Hartlepool, Jassem's youth career began at neighbouring Middlesbrough, before moving to renowned junior development side Marton FC at age 14. He later joined Sunderland's youth academy where he continued to play up to the age of 19. Although he was born in England, Jassem holds dual nationality (England and Egypt) due to his parentage.

Jassem began playing as a trialist with United during the start of the 2015-16 season and by September, he had signed his first professional contract, agreeing a one season deal. Soon after, he was sent on a short loan to Peterhead. On January 26th, 2015, Jassem signed a contract extension that would keep him at Tannadice until May 2018, and two months later he joined Brechin City on loan until the end of the season.