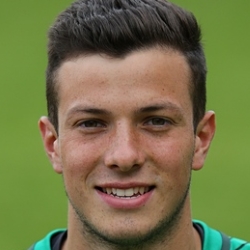 Brett played at youth level with Cliftonville in his native Northern Ireland and represented his country at U17 level before joining Motherwell in 2013. His three years with the Steelmen culminated in victory in the Youth Cup in 2015 and he was also part of the Northern Ireland Under-19s squad which reached the elite stage of the Euro Championships.

Brett signed for United during the 2016-17 pre-season on a two year deal.