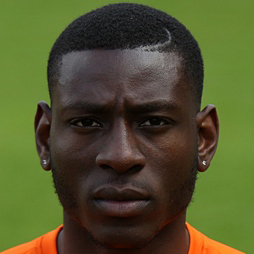 Playing as a youth with both Coventry and Bolton, Tope was a prolific goalscorer at U19 international level before he made his professional debut for Bolton in 2008. He spent the next four years with the English Premier League until the club's relegation in 2012. During his time at the Reebok Stadium, he represented England at U20 level, but made just three league appearances for Bolton and was sent out on loan to Swindon, Rochdale (twice), Shrewsbury and Chesterfield. At age 22, he moved to Portugal where he signed with Rio Ave for the 2012-13 season. The following year he moved to Bury. Unable to break into the first team, Tope was sent on loan to Plymouth Argyle on two separate occasions, either side of a hamstring injury.

At the end of the 2013-14 season, he was released and in July he signed a three year deal with SPFL Premiership side Kilmarnock. At Rugby Park, the winger enjoyed regular first team action and hit form as a goalscorer, netting nine times in his first season for Killie. Hampered by injury in his second season, he was released at the end of the 2015-16 campaign, and signed for United at the start of the following pre-season.