Kenny signed from Forfar Athletic. He had little time to prove himself before the arrival of Finn Dossing effectively ensured that Kenny would play in the reserves. He was transferred to Queen of the South in the early part of season 1965-66. 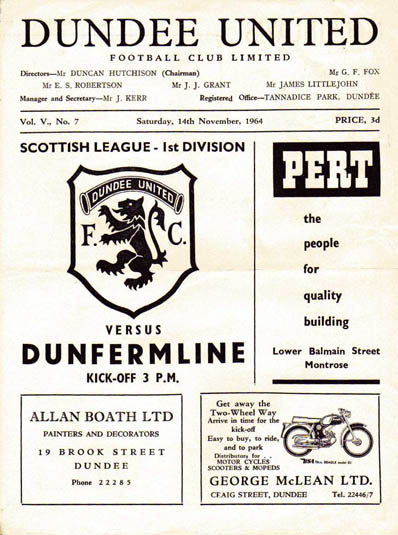