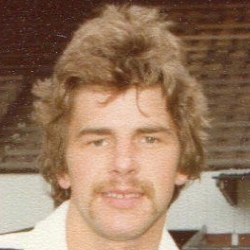 Having played for Eastercraigs and Fernhill as a youth, Doug began his senior career with Queens Park, making his debut in 1974. During his five seasons at Hampden, he made over 100 appearances, was voted Player of the Year, and was chosen to play in a Scotland Select side.

Jim McLean brought him to Tannadice on professional terms in the close season of 1979. However, just months later his football career was abruptly ended when he was badly injured in the Invergowrie train crash in October 1979. His injuries left him paralysed from the waist down.

Doug was awarded a benefit match, which was played at Tannadice on Sunday, October 4, 1981, and featured an East Select v West Select, which included guest players from all of the teams in the Premier Division.