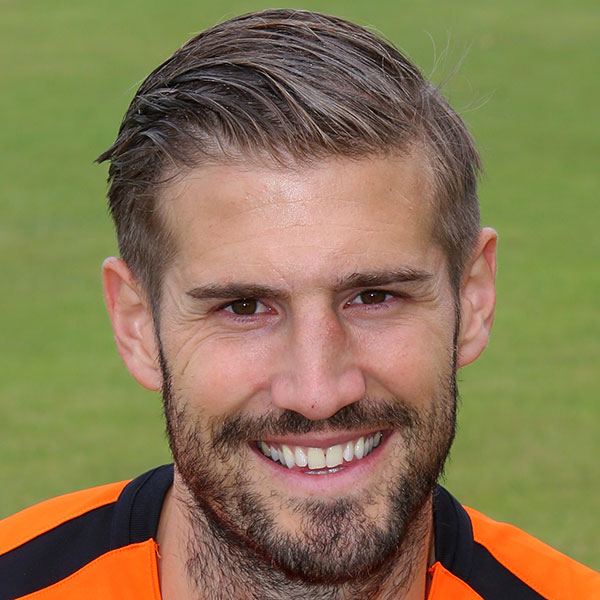 As a child Frédéric played for Olympia Wespelaar before starting his career at Belgian outfit Lierse SK, joining at the age of five. He progressed through the youth ranks and into the first team, making his debut in January 2007. Representing Belgium at various youth levels, he was a member of the Lierse team that won promotion and the Second Division title in 2010, and went on to make over 100 appearances, captaining the side more than 75 times.

At the age of 25, he decided to move abroad, signing a short term deal with Partick Thistle in October 2014. His contract with the Glasgow side was soon extended, and he became a regular during his two years at Firhill, before returning to Lierse in 2016.

When Lierse went bankrupt at the end of the 2017-18 season, Frédéric returned to Scotland once more to sign a two year deal with United in June 2018. An ever present in defence under Csaba Laszlo, he continued to feature regularly under new manager Robbie Neilson, but after the arrival of Mark Reynolds and Mark Connolly in the January transfer window, he was used more as cover for the new defensive duo. After being involved in the pre-season matches against East Fife, Brechin City and Dumbarton, Frédéric failed to break back into the first team at the start of the 2019-20 season, and was released at the end of the summer transfer window. He returned to Belgium and signed for Lierse for a third time, after the club merged with Oosterzonen to regain their place in the Belgian League system.