Siggi had started with Hafnarfjordur before joining hometown club AI Akranes in 1982. A youth and Under-21 international, he made his full international debut for Iceland in a Euro 84 qualifier against Malta in June 1983, aged just sixteen. He moved to England to join Sheffield Wednesday in February 1985, making his English league debut against Leicester City in March. Suffering a career-threatening leg break in a World Cup qualifier against Scotland in May 1985, a long recovery process was followed by a short loan spell at Barnsley in 1986. He went on to impress enough at Hillsborough to gain a move to Arsenal in June 1989 for £475,000 and played in a handful of games as the Gunners won the English title in 1991 and was an unused substitute in the 1991 Charity Shield.

A back injury caused the midfielder to retire from the game in January 1992, but on returning to Iceland he made a comeback for Akranes. In his two spells there he won six League championship medals and five Icelandic Cup winners medals, as well as being voted Icelandic Player of the Year twice. In 1995 he signed for Swedish side Orebro where he spent two seasons, playing regularly to help them qualify for the UEFA Cup and the Intertoto Cup.

Having already brought Lars Zetterlund, Magnus Skoldmark and Mikael Andersson to Scotland from Orebro, Tommy McLean signed Siggi for a reported fee of £75,000 in November 1997. Making his debut as a substitute against Celtic in November 1997, he was frequently in the line-up over the next three years, but his appearances were restricted through injury. Often regarded as one of the most technically gifted players to have played with United, during his time at Tannadice he made 11 of his 65 full international appearances for Iceland.

He returned to Akranes in June 2000 for a third spell, before going into coaching and management with several Icelandic clubs, including his first club and United’s former UEFA Cup opponents Hafnarfjordur. 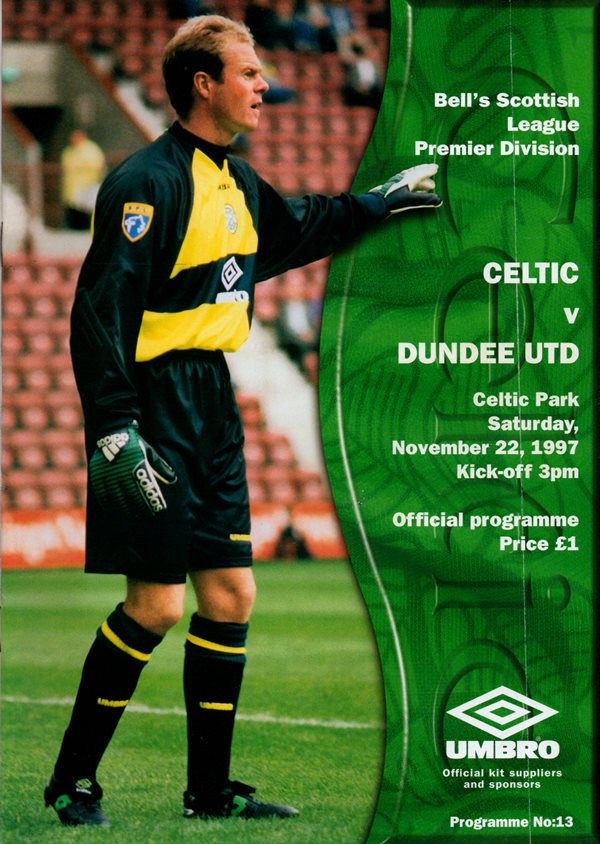 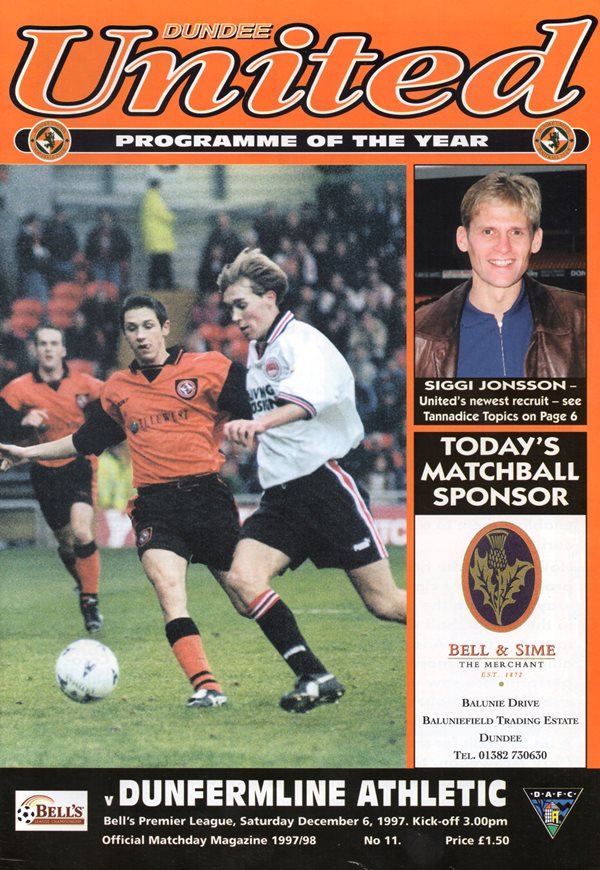 A youth and Under-21 international, Siggi Jonsson made his full international debut for Iceland in a Euro '84 qualifier against Malta in June 1983, aged just sixteen. Five games into his international career, he suffered a career-threatening leg break during a World Cup qualifier against Scotland in May 1985, but thankfully was only out for three months. As his career in England took off, he scored his first international goal against Spain in October 1990, but just over a year later a back injury caused the midfielder to retire from the game in January 1992. After making a comeback, he returned to the national team and went on to captain his country regularly. Siggi signed for United in November 1997, and made 11 of his 65 full international appearances whilst at Tannadice.