Starting off at Bohemians of Dublin, Jimmy was awarded the Irish Young Player of the Year award in 1994 and signed for Newcastle United that year. The Republic of Ireland Under-21 internationalist had a loan spell with Rotherham United in 1996 before arriving at Tannadice in February 1998 on a short-term loan deal, making his debut as a substitute against Hibs. His next and last outing was against Celtic three weeks later, again as a late substitute. In total he played five minutes of football for United before returning to his parent club at the end of the season.

He signed for Reading in March 1998, returning to Ireland two years later to spend eight successful years with Shelbourne, winning several Irish championships. In his last two season there he played alongside future Dundee United captain Sean Dillon. In February 2008 he joined Sporting Fingal but soon had to retire due to injury. Jimmy was appointed interim manager at Shamrock Rovers and was eventually replaced by former United player Michael O'Neill. He later became the Republic of Ireland’s Under-18s head coach. 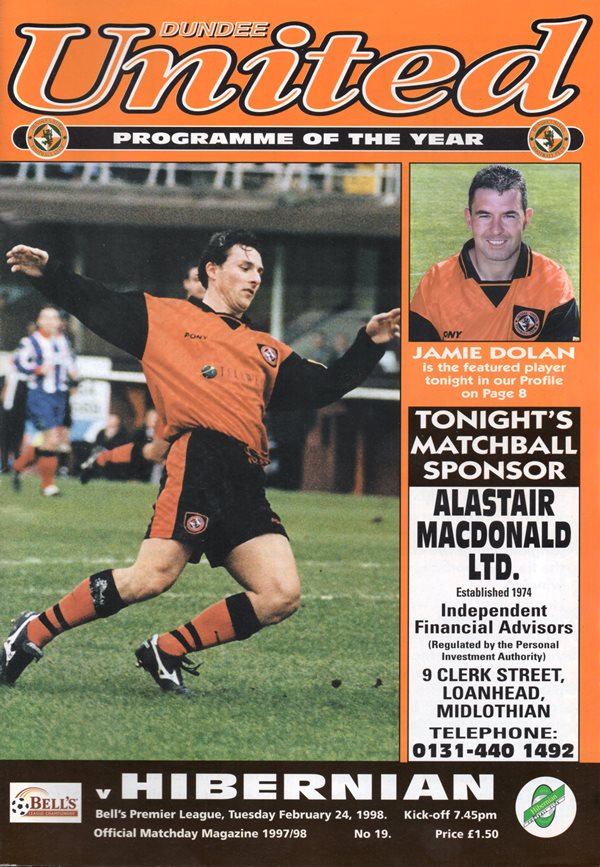