Darren began his professional career at West Bromwich Albion without breaking into the first team there. He joined Wigan Athletic in April 1989, playing regularly until being transferred to Crystal Palace in July 1992. In his three years at Selhurst Park, the club was relegated and promoted from the Premier League. Having played for Northern Ireland at youth and Under-21 level, he was made a full internationalist in 1994, playing against Colombia to win the first of 17 caps. A move to Luton Town followed in the summer of 1995, where he spent three years, including a short spell on loan at Preston North End in October 1996.

Leaving Kenilworth Road under freedom of contract in the summer of 1998, he was brought to Tannadice by Tommy McLean and made his debut in the second League game of the season against Hearts. He remained in the first team squad under new manager Paul Sturrock and gained a further caps for Northern Ireland during his time at Tannadice. He suffered with injuries throughout the 1999-00 season and made only a few appearances before being released in July 2000.

After a short-term deal with York City he moved to Oxford United in February 2001. A year later he retired and began coaching at Oxford, briefly becoming caretaker manager in 2004 and again in 2006 before being given the job on a full-time basis in 2007. He later joined Bristol Rovers as head of youth football. 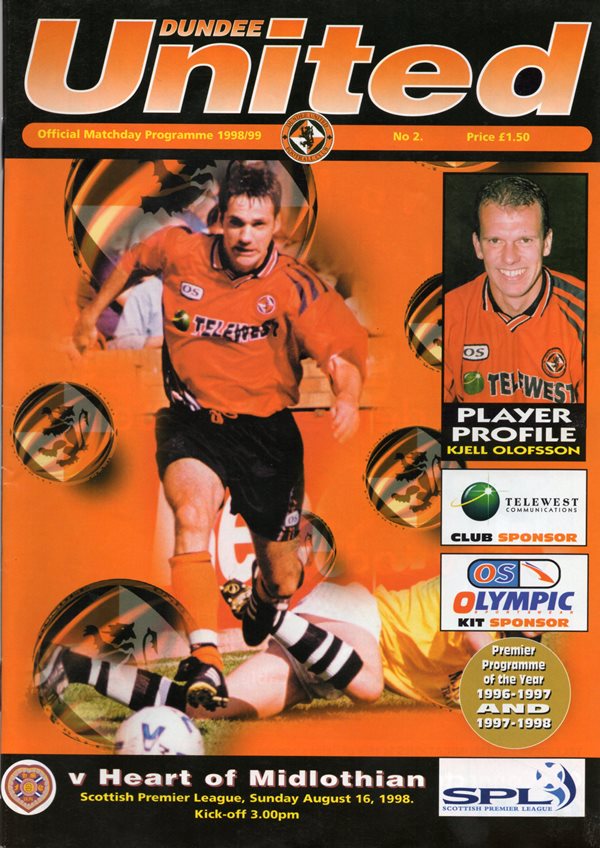 1994 was an exciting year for the then 24 year-old Crystal Palace defender, making his first Northern Ireland Under-21 appearance in March as an over-age player, a B international cap against England at Hillsborough in May, and then a full international debut against Colombia in Boston a month later. His most notable contribution at international level was his headed winner against Switzerland in April 1998. Capped 12 times at full elvel and three times at B level by the time he signed for United in July 1998, he gained a further five full caps for Northern Ireland during his time at Tannadice, including a European Championship qualifier against Germany and a friendly win over the Republic of Ireland.