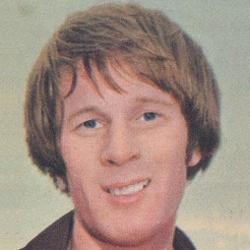 The midfielder began with Falkirk in 1969, before signing for Dundee in 1972 on a free transfer. He spent five seasons at Dens Park, winning a League Cup winners medal in 1973, and collected four international caps, with Scotland manager Willie Ormond selecting him for games against West Germany, Sweden, Northern Ireland and Romania.

Bobby joined United from Dundee in August 1977, in a deal that saw Billy Williamson and a nominal cash sum going in the opposite direction. He made a scoring debut for United two days later, in a League Cup tie against Albion Rovers at Tannadice. A regular in the side for the rest of that season, he played in both legs of the UEFA Cup tie against Copenhagen and appeared as a substitute in a Scottish Cup semi-final defeat to Rangers at Hampden. He only played a dozen games in 1978-79, including the 1st leg against Standard Liege in Belgium, although turned out regularly for the reserves.

He joined Hearts early in August 1979 and helped them win promotion to the Premier Division but was released following their relegation in 1981. His former Tannadice teammate Gordon Wallace signed Bobby for Raith Rovers where he spent two years before joining junior side Forfar Albion. He later became a schoolteacher in Kirriemuir whilst continuing to play at junior level.